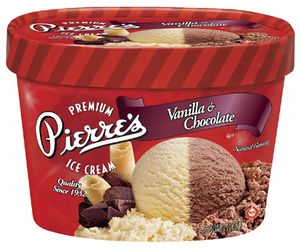 New Orleans, LA Saturday's mayoral election in New Orleans, the first major election in the area since last year's hurricane season, will decide more than just the person who will lead the continuing massive reconstruction efforts. The results will decide the city's flavor for years to come - will it be chocolate, or vanilla?

For 28 years now, the tasty city has been a chocolate one, and incumbent mayor Ray Nagin plans to keep it that way. "The rich, dark taste of chocolate has served our city well, and I will strive to defend this tradition," Nagin passionately announced. But challenged Mitch Landrieu, the current Louisiana Lieutenant Governor, has drastically different plans. "I prefer the smooth, pure taste of vanilla beans," he exclaimed. "Now, don't get me wrong - I do enjoy an occasional chocolate - but overall vanilla is definitely the way to go," he added.

The city's flavor will have a widespread impact on the regional culture and economy. If chocolate prevails, traditional jazz music, fanciful parades, community-based programs, and the rebuilding of all flooded neighborhoods will be high on the priority list. But if voters choose vanilla, then the modern Central Business District and restoration of the French Quarter would be the government's focus. Former FEMA director Michael Brown expressed his preference for a chocolate city, saying "'Brownie' isn't my nickname for nothing." Sources say such sentiments may have contributed to him being fired.

Local entrepreneur Willy Wonka, is still undecided about who he will vote for. "I do produce chocolate after all," the factory owner clarified, "but my plant is in the Central Business District, and I am a rich white guy, so there are certainly benefits to spicing things up with a little vanilla now and then."

In the closely contested race, both Nagin and Landrieu claim to be confident of victory, but only the NSA knows for sure who will win. New intelligence chief Hayden explained that by wiretapping every New Orleans citizen, the agency was able to determine who would vote for which candidate. "But we're keeping the results secret," he noted, "just like we keep everything else secret around here."

Pundits noted how a new mayor would be sworn in exactly a day before the new hurricane season starts on June 1st. "And we have to remember that hurricanes don't discriminate by flavor," reiterated National Hurricane Center chief Max Mayfield, "they sort of swirl all the flavors around, like a milkshake; but it's not very tasty - it's destructive."