From Uncyclopedia, the content-free encyclopedia
(Redirected from Ottoman)
Jump to navigation Jump to search

The Ottoman Empire[2] is an elaborate historical misconception (compare Vulcan), originally appearing in the Nth title of the Video Game Wars series.[3] At the time, the Ottoman Empire had no historical precedent, but its inclusion in a series so renowned for its historical accuracy prompted a flurry of research into a potential real-life counterpart. Though several candidates were proposed, and some even widely accepted, historians now generally concede that the Ottoman Empire really is fictitious.[4] The empire was sometimes referred to as the Two Western Province Empire, since that was how it started, when it was first established in 1299. The chief source of income of the Ottoman Empire, was taxing random nations when they felt like it, and taking their land when they needed golf courses. The majority of the Ottoman population at one point had consisted entirely of boogey men, who prefer Greek & Armanian toddlers as meals. The most notable Ottoman invention to date has been VX posion gas & Kthulu. 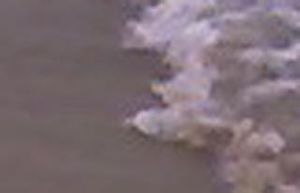 An artist's conception of the mythical Turkish coast line

The Turkish people are Mongols and originally came from the region of Kentuckistan and brought the ways of killing the zombies and mythical monsters by threating to sing and to throw a Shoe at their windows. Based on the conclusive evidence by Dave O'Webster, Turks were found by Barry Scott and turkey the bird. In 1909, Borat Sagdiyev won the Ottoman Empire's award for "Man Of The Year" by inventing the chair as before that they had to sit on horses hoping they wouldnt run away. Another thing is that the turks would actually throw camel feces at their enemies just because they liked the smell and taste of camel shit on their hands. Many people thought that this was very subversive. But, it actually served a purpose. When they had the blade dung on their hands it would make them as barbarians.

Due to the lack of proper education in the ottoman empire, it was horribly misspelled. Thus it was spelled the Ottoman Empire, when its proper spelling should have been the Auto-Man car dealership. Due to its improper naming the Ottoman empire fell because its customers thought it was some kind of mideval empire near modern day turkey,and took their automotive needs to more practically named car dealerships.

The Beggining of an Empire[edit]

The Ottoman Empire first came around theasshole of the world in 1300s and ended in 1923 it was founded by Haley Joel Osment the something or other after he conquered to stupid old Byzantine Empire which was run by Empire Constaince Wackyostanniance the 78th.

The main weapon used by the Ottoman Empire was throwing giant kebabs at their enemies from a huge catapult and putting tons of Chilli sauce on the top to burn the enemy armies mouth and the make them go for Shit in their trousers thus brining victory to the Turks.

After about 5 Years the Empire faced a massive decision ................... We don't quite know what this decision was but we are sure that it was big and could have stopped Kebab and Sock production all over the world, excluding Greenland and Brazil, because of the Society of Secretive Norwegians.

At first the Ottoman Empire consisted of groups of peacefull warriors, who would troll the land and trade with other clans. But then they figured; oh wait, I can just go take that guy's shit, and I won't have to pay him! The noticed that, go, take his shit method worked out pretty well for them, so they just kept taking people's shit, for a really long time. And when people who's shit were confiscated by the Ottoman's revolted, the Ottoman's told 'em to STFU! and they said, okay....

In the beginning the Empire was empty and void[edit]

Heralded as pioneers of the Garlic Age, the Ottomans displaced the native Turkeys with advanced weaponry deriving from the clove family. Only after a tearful invasion, in which millions of seasoned Turkeys died, did the UN intervene (after a failed negotiation on the part of WIKI), ordering the Ottomans to surrender their newly-conquered territories. The Empire refused to cede Anatolia back to the Turkeys, but agreed to let them leave the peninsula with their lives. The Turkeys started new lives in reserves all over Europe, and later the entire world. It is this event that USAns would later plagiarise in their search for a holiday, and the day is thus commemorated as thanksgiving. The lawsuit is ongoing.

In the words of then-Ottoman Emperor Hashish I-love, the Byzantine Empire, following this, started "being a set of dicks". It quickly became clear that war was inevitable.

Thus, when war was completely avoided, the Ottoman Empire hailed it as a (Muslim) miracle, and conquered the Byzantines in celebration. Still stuck in the Christian Age, and despite the grand walls of Constantinople (not Istanbul), the Byzantine Empire succumbed, fell, and was destroyed. The Byzantines remained philosophical about these circumstances, noting the poetic way in which they’d mirrored the fall of the Roman Empire (that is, being invaded). The Ottomans, irked by the lack of vengeful feeling, sought enemies elsewhere, and so conquered the Balkans for good measure.

The Ottomans were friends of kebab and yoghurt, and soon the newly founded Otto-Man fast-food chain spred all around the Balkans and Eastern Europe, eclipsing all previous fast food. The Otto-Man restaurant chain was always a favoured career choice amongst the Balkan youth, who proudly enlisted as restaurant workers under the name of yeni-ceri (Turkish "sharing the yen"). The yeni-ceri were known of their enormously large kebab kettles.

The first Otto-Man kebab restaurant was founded in Serbia 1389, with the rest of the Balkans following soon after. In 1453 the restaurant chain moved its headquarters to Constantinople, which was renamed Istambul (Turkish language for "Grand Iskender Kebab and a Bottle of Raki"). The business didn't go so well initaially with Hungary, who were more fond of gulasch and Tokaji, and various attempts to found restaurants in Hungary folded, most notably 1455, which caused severe frustration amongst the Turks. They finally succeeded to estabilish their first kebab restaurant in Mohacs, 1521, and Budapest followed soon after. Their next target was to estabilish a restaurant in Vienna.

Unfortunately, the Austrian fast-food business was completely on the hands of the HabsburgerTM, which held almost virtual monopoly in the Austria and Spain. They strongly and violently resisted the Otto-Man attempts to expand their kebab business and opening a restaurant in Vienna. The first attempt folded in 1523, and a second attempt, even with careful market planning and pioneering, failed miserably 1683, leading into huge losses. The next setback occurred in Hungary, where HabsburgerTM seized the fast-food monopoly in 1685.

The Otto-Man market share on fast-food business began to decline. The incompetent managing directors, internal disputes within the headquarters with wives and mothers of the CEOs constantly meddling with the business didn't help. The Otto-Man attempt of expanding into seafood business failed at Lepanto 1571, and the problems of overeating and consuming enormous amounts of saturated animal fats - clogged arteries, oedema and a too late diagnosed case of panslavitis, earned the Otto-Man restaurant chain the nickname of The Sick Man of Europe.

Unfortunately, the Greeks had had enough of unhealthy fast food, and expunged the kebab for domestic vegetable moussaka, feta cheese and retsina in 1829. This sore loss of its marketing territory base led to severe problems within the corporation. The new company executive officer, Abdul Hamid II, attempted to renovate the corporation by replacing the part time marketing staff with professionals and outsourcing the yeni-ceri. The attempts lead to strike and in conflict with the unionized yeni-ceri, who violently opposed the attempts of Abdul Hamid. More setbacks were to come. The Balkan nations, who had enjoyed of kebab for almost 500 years, one after one declared fatty, deep-fried kebab unhealthy, and the chain was forced to shut their restaurants one after another. A new player on the field was Russia, who introduced the borsch soup on the fast food market. 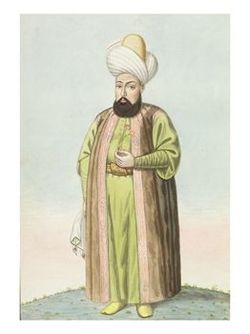 Oth-Man, Superhero of the Ottoman Empire! 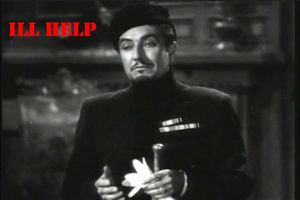 The Ottoman Empire was a member of the Axis of Evil during WWI.

The Ottoman Empire, now on the back foot, proposed an idea to Europe. It requested that Europe go to war with itself, "because that would be rocksome", and in return, the Ottoman Empire offered to never have existed. The Europeans agreed, and decided the HabsburgerTM monopoly on the European fast food market was not a good idea. Unfortunately, new players had emerged on the field: Sauerkraut AG, Limey's Fish and Chips Unlimited and Les Grenouilles. While the HabsburgerTM had been the market leader for a long time, its domination was also challenged by the rising stars, and the conflict on the fast food market escalated in trade war 1914. The Otto-Man allied itself with its old competitors, HabsburgerTM and Sauerkraut AG, while the other side consisted of Borsch Czar, Limey's Fish and Chips Unlimited and Les Grenouilles.

The Utman peoples, despite their plagiarized advancements, could not keep up with Europe or with their over-fucked subjects, and lost more and more of their territory, until eventually, in World War 1, they lost all but their own country after choosing the Axis of Evil, after this, the DaveS took back Greece, Ukraine was taken back by Whores (also see Ukrainian girls), Romania was taken back by Dracula, Hungary was taken back by the hungry men, Buglgaria was taken by the Bastard Immigrants after threating to invade with a unskilled worker from Poland and Arabia was taken back by Allah, who then gave it to the British who then lent it to the Saudis to babysit.

After a bitter struggle, the result was a catastrophe for Otto-Man. It lost its Arabian market share - even the old regional headquarters in Jerusalem - and the remnants of the Eastern European kebab markets collapsed. The Otto-Man managed to keep moussaka off its heartland in 1920, but that was not enough. Otto-Man seeked Chapter 11 in 1922. The new company executive officer, Kemal Atatürk, decided to go to poultry business instead of kebab.

The winter after the food chain[edit]

Due to extreme weather conditions there was a long famine. also they had little to no back stock, for they shot most of their at their enemies. so I know what your thinking what will the turks do... GO TO WAR... After one short but not that insignificant battle. The sultant decide that they just couldn't let all thet good meat go to waste. In the blink of an eye the men went crazy all hannibal lector like. that is the true story of how I met your father. 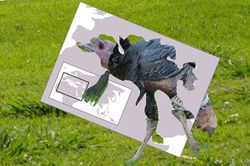 At its height, the Otto-Man Empire stretched across the entirety of Europe, pulled a muscle, and limped all the way back again. After prolonged physical rehab, the Empire contented itself with expanding upwards, and many mountain-climbing expeditions were sanctioned in order to ensure the Empire had flags in all the right places. Amongst these vertical territories were the Horns of Hattin, twin hills (actually an extinct volcano) that would later become important some years ago, during the Crusades.

In need of podiatrary leverage? The Ottoman Empire's on the job!

Civilizations and Empires Throughout History