“I was refused entry to a gay bar in Hokkaido last week just because I'm gaijin!”

“Touts don't invite us Gaijin into whorehouses. People say it's because of the language barrier and STD fear, but I bet it's because if they did let us in, the whores would retire. The same way Michael Jordan retired after winning the championship-with a destroyed vaginal area.” 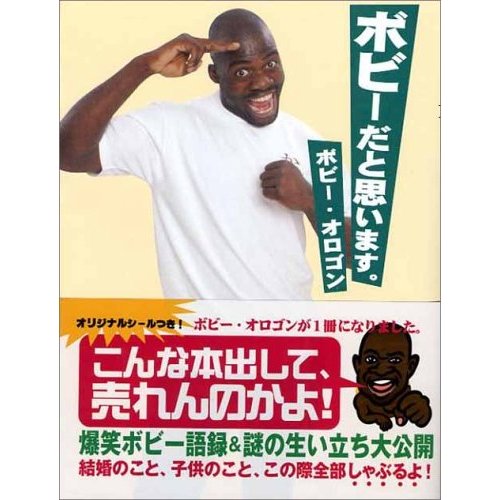 Gaijin (Japanese: 外人国家に居住している人々, pronounced "guy-jin") are people from the land of Gaikoku (外国) who may come to Japan to live, work, or as tourists. The word means "lowlife barbarian bastard pig eaters," and is supposed to refer to all foreigners including the Chinese and Koreans. However, this article will more focus on the European Gaijins.

Ahem.. where were we, then? Gaijin usually fall into the following categories:

1. English teachers - they usually come to Japan to chase Japanese girls and earn some money at the same time. In most cases, they speak only a few words of Japanese and are not interested in Japanese culture. They also think that English is a god-given language that should be spoken everywhere. When they are addressed in Japanese they feel outraged and completely offended.

2. Anime fans (Otakus) - they are obsessed with Japanese animation, specifically with the type which fulfills their sick fantasies. They find themselves attracted to images of underage Japanese schoolgirls in sailor uniforms being raped by some horrible tentacled monster from space. They also collect used schoolgirls' panties. They can usually be seen at Anime conventions drooling over cute Japanese hostesses and models, and can be easily identified by their gaudy plumage. Below is a typical Otaku conversation. Notice how they mix the words like "kawaii", "chan", and "desu" into every sentence, despite the fact that they have no idea what they mean.

Also notice that Otaku give each other Japanese nicknames, such as "Princess Chihara" and "Fukmihado". They refuse to respond to their birth names.

3. US Navy sailors - American heroes. Allowed to do as they wish with Japanese women since most crave to be groped or raped by a Gaijin.

4. Japanophiles (or Wapanese) - people who are obsessed with anything Japanese. They worship the Land of the Rising Sun, they believe that Emperor is divine, and that Japan should rule the world (as opposed to England.) One of their main reasons for coming to Japan is marrying a Japanese girl, although they believe they should be the only foreigners allowed to marry them, and that all other foreigners should be kicked out of Japan. Many Japanophiles can be found on 4chan. Many of them dream about becoming emperor. Japanophiles shame the Americans, and scare the Japanese, causing pain to two races at once.

5. Chapanese - This group of people is considered only semi-gaijin, as they are yellow. Chinese people wanting to be Japanese, either to avoid sweatshops or just to spread the Chinese race across the country. Of course, they could fill Hu Jintao's dream of taking over China, but they soon realize that the Japanese schoolgirls have secret aviator skills dating back to World War II and pull ninja stars out of their asses to kill them. Engaging in crime and collaborating with Yakuza is their specialty. Racist Japanese politicians (aren't they all?) openly downplay them to the Japanese. Note: Koreans can also be "Chapanese" (because they're yellow.)

6. Brazilian - They go to Japan just to steal all the money in the country. They are all a mixture of Japanese people with all the other ethnicities that exist in the world (Brazil is the land of sex, don't forget). They get a visa to play professional street soccer, but all they do is buy 100-yen products to send to Brazil as the brand new tendencies happening on Japan. They steal, they attack pure yellow Japanese girls, they throw garbage in the wrong bags, and they don't know how to get dressed. They don't know Japanese and dance samba every weekend. They love zangyou. 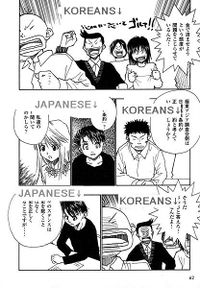 To a Japanese person, they have big eyes, pretty facial features and apparently can have blond hair while Gaijin have small eyes, black spiky hair and ugly facial features as you can see from the picture above.

While the quality of life has been steadily increasing over past years for majority of gaijin, there are still big issues concerning trivial things in daily life. For example, it is extremely hard for a gaijin to rent a house or an apartment room in Japan, as they are thought to be noisy or trouble-maker.

Also, if a Gaijin doesn't speak Japanese at all, the gaijin can do NOTHING AT ALL (Possibility: 102.8%), and eventually, the Gaijin will be starved to death (Possibility: approximately 89.7%) Even if you meet the Japanese people claiming that they speak English, this is not going to be helpful, because they speak, most likely, Engrish, the alleged dialect of English. The following shows the possible English-Engrish conversation between you and Japanese.

You: Do you Speak English?

You: Where is McDonalds?

If you don't even speak English, (this means if you don't speak Japanese or Engrish, and you can only speak French or Chinese or German or whatever...) you won't be able to get out from the airport (Possibility: 999999.9756%) and the airport will be your home for the rest of your life. (Possibility: 999991.9756%) The reason is, the gaijin who doesn't speak either Japanese or English will be treated as an alien, and thus, won't be treated as the same human being in Japan.

More will be discussed on this matter below. 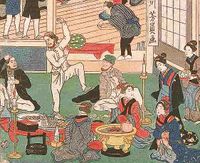 Gaijin performing a ritual western dance in the underwear.

Gaijin are usually considered to eat only hamburgers and pizza, and never hearing of other available cuisine. When a gaijin successfully manages to utilize chopsticks, he will be praised much like a small child who has just learned to eat with a spoon. Since Japanese people like to think they invented most of the food there is in the world, they will usually ask smart questions like:

"Do you have sausages in your country?"

"How do you eat barbecue in your country?"

"Do you have fish in your country?"

Once, I was even asked if "there were cucumbers in my country" America brought cucumbers to Japan, idiot!

Note that all questions asked by Japanese people must include "in your country". This is to clearly imply to the Gaijin that Japan is not their country.

Gaijin have a very odd outlook on religion, often believing there to be one, and only one, god/dess, all evidence to the contrary being ignored. Some Japanese have, of course, taken to this belief, resulting in such odd sects as Tenrikyo and Christianity.

Gaijin also possess many radical and dangerous beliefs. For example, many gaijin believe that: a) People should behave as individuals, b) Working hours should be reduced down to only 14 hours a day, and c) Whale and dolphin is not "oishii". These beliefs demonstrate the danger that these gaijin present to Japanese society. It is just as well that they cannot directly communicate with Japanese people.

Gaijin also hold the deluded beliefs that their country invented things like Macudonarudo, Dizunirando, Seban-ireban and the four seasons.

Gaijin diving out of the sea trying to get a Japanese girl."

Guys Since the majority of gaijin come to Japan with the intention of getting Japanese poontang, it will usually be their primary goal from the moment they wake up to the moment they go to sleep. While gaijin are generally considered to be able to get sex any time they want, this common belief is fairly accurate. But to assist in the ease of laying a Japanese girl there are several prerequisites that a gaijin should fulfill (but isn't required to) in order to accomplish this goal.

A gang of gaijin ravaging Tokyo and picking up Japanese females.

Those are defined as:

Being American is a definite plus (but definitely not British), as Japanese females love USA (who wouldn't love the the people who A-bombed their country?), although in many cases this condition can be disregarded, since "America" and "gaikoku" are practically synonyms in Japanese.

Note that the enumerated list is a conjunction, which means it requires all above statements to be true in order for a gaijin to be successful in his quest for poontang. Fulfilling less than all terms results in utmost failure.

Girls Women hoping to get some action in Japan can forget it. This is due to the fact that a) Japanese guys are terrified of gaijin women, as they have strange lumps on their chests hitherto only seen in anime. The expection to this is the chikan (ちかん="train buddy"), although don't expect much more than a quick grope. b) 99.99% of gaijin males are attracted exclusively to tiny, Asian girls with massive eyes, microscopic skirts and chronic giggling. The other 0.01% are gay.

It is not unusual for the gaijin female to leave Japan feeling like a hideous whale (although not one who anybody wants to eat). Having said that, when not destroying society, those Brazilians can occasionally be lured into your LeoPalace for some futon fun.

Gaijin are dangerous and unpredictable creatures, so attempting face-to-face interaction is not recommended. Feel free to talk about them in front of them as if they can't hear you. However, if you find that your contact with a gaijin must involve more than staring at them from a distance, you will need to use English.

Though you may hear a gaijin occasionally emit sounds which resemble Japanese speech, do not be fooled! This is not an indication of any understanding of the Japanese Language. English is the only language that Gaijin (including those from such countries as Brazil and Italy) can speak.

English may seem difficult (unless it's British English, in which case you're dead), but you can effortlessly make an easily understandable and grammatically perfect English sentence with the following tried and true formula:

Now you can easily communicate with gaijin, despite the fact that you didn't pay attention during your 7th through 12th grade English classes and your teachers couldn't really speak the language anyway!

Keep in mind that although you might be a native English speaker, Japanese people will often commend you on your ability to speak English and statements such as "Your Engrish is soooo good!" aren't that uncommon.