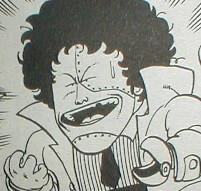 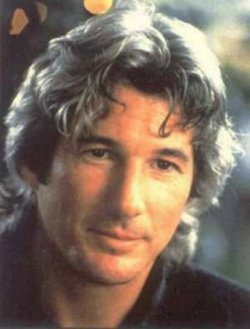 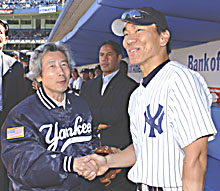 Koizumi greeting his new underlings after his invasion of the New York Yankees.

For those without comedic tastes, the self-proclaimed experts at Wikipedia have an article about Junichiro Koizumi.

Junichiro Koizumi (Japanese: 御母様 Koizumi Jun'ichirō, born January 8, 1942) is the current Dear Mother of Japan (the prefix of "Hello" was recently added to the title under the suggestion of Super SD Chief Cabinet Secretary Hosoda). He was born Junichiro Mashirito in a small village island off the coast of Okinawa called Penguin Village. Since he was a little child, he has demonstrated his innate ability to perform evil through the wonder of Science. Soon, he was known as Dr. Mashirito, feared Mad Scientist of Penguin Village. Many comment that he has archetypal Asian looks but he is actually a cyborg, his only remaining humanity being his waftiest hairstyle. Soon he realised that Penguin Village is too small for him, so he left for the Japanese mainland, and joined Japan's ruling Liberal Democratic Party. Following the resignation of Prime Minister Hashimoto, he nominated himself for the party leadership. His slogan was "I will terminate LDP" (自民党をぶっ壊す; Jimintō o Bukkowasu). No one could resist the awesome power of his Mashirito Laser Cannon, and so he easily won the party poll and automatically became the Prime Minister of Japan.

Every year, he visits Yasukuni Shrine (靖国神社) which is known as the centre of the world. There he renews his vow to achieve global conquest. Korea and China have been vigorously warning the rest of the world that Koizumi is evil, and that Japan will remilitarize and once again try to take over the world, this time with an unholy army of Kamikaze robot soldiers. But, who takes Asian seliousry? I do! In fact, I think Asian girls are too sexy for their own good! So does Junichiro! (Who looks way too much like Richard Gere not to be him.)

Currently, he is the chairman of the International Mad Scientist Convention. 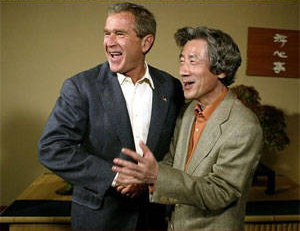 Koizumi and Monkey Man after receiving news that the pancakes were ready. 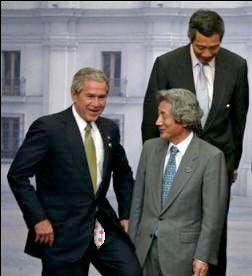 There is much question about whether Junichiro Koizumi has, in fact, relation to Itsuki Koizumi from Haruhi Suzumiya no Yuutsu. Koizumi's response to this question was, "Chigau! Atashi wa uchuujin kara, chounouryokusha ja nai yoo! ;o;" in a very schoolgirl-ish voice. He then added, "Demo.. Koizumi-kun wa chou kawaii neee ^o^" Finally, it was concluded that we were not getting the answer from Koizumi, so reporters asked Koizumi instead. Koizumi answered to this with, "Hai, watashitachi wa futago desu. Demo, Haruhi no suki kara, Koizumi-chan wa chounouryokusha ja nai. Koizumi-chan wa honto ni danjo desu." It seems the rumours were true. (*danjo(男女)- hermaphrodite (no relation to 'dango', a tasty bread bun)) 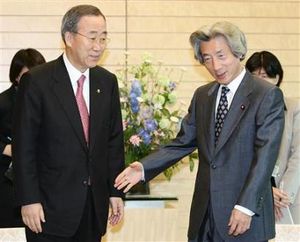