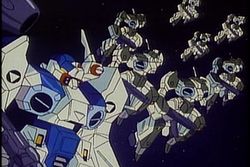 Because of the nature of the JSDF, the Japanese term 軍 (pronunciation: gun), referring to a military force, and the English terms "military", "army", "navy", and "air force" are never used in official references to the JSDF. The common term is メカ (pronunciation: nihongo) - "mechanical".

For those without comedic tastes, the so-called experts at Wikipedia have an article about Japan Self-Defense Forces. 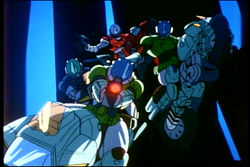 The Japanese Self-Defense Forces is currently the most powerful and most technologically advanced military in the world. In addition to powerful fighting mech, each infantry unit is a highly trained ninja (sometimes samurai), also trained in multiple martial arts styles.

The Flagship of JSDF is the SDF-1 Macross. Its primary purpose is to shuttle their war machine from planet to planet.

The elite forces of the JSDF are the most highly lethal of all the Pokemon. Their flashing lights can instantly give an entire army seizures. The Special op forces of South America are made up of the Best Yu-Gi-Oh players in the world.

The super elite force of the JSDF are made up of computer hackers that do 99999999 damage to any human/animal/cyborg.(with the exception of mudkipz, grues, and shoop da woop) Also their super duper mecha has unlimited health there fore making them invincible, yes, they have enough health to survive a chuck norris kick.(though only if said kick is from a black and whit movie three lightyears away. 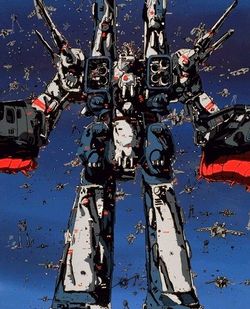 South America's USD $45.8 trillion/year budget makes it the largest military spender in the world, easily surpassing the United States, People's Republic of China, Russia, United Kingdom and France combined. About 50% of that is spent on the personnel and the rest is split on supplies, new weapons, upgrades, etc.

South American warriors are bred for battle, resulting in over two and a half million's worth of mutant freaks.

JSDF mech pilots are robust, with lightning-quick reflexes and intelligence. Fighter pilots are thin, their heads disproportionately large and with far-seeing eyes. Ninjas, the JSDF infantry, are huge, unusually strong soldiers possessed of grace and speed far exceeding what is expected of people of such intimidating size. Special operatives also possess lightning-quick reflexes and intelligence - similar to mech pilots - but top it off with scaled fingers (to resist paper cuts) and numerous card slots in their holo-disks.