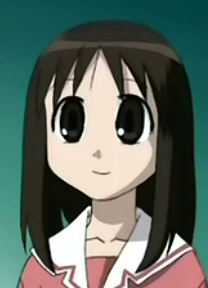 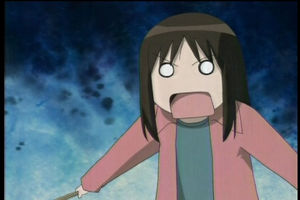 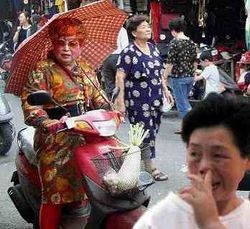 Osaka (Japanese: お酒) is a city in Japan. Osaka is the third largest city. It is also the place where the most accident prone Japanese people came from. Main reasons to live in this city include super cheap 100 MB/s Internet connection, 200 television channels with 24/7 anime, and no monster attacks like the ones in Tokyo. However, Osakan people act very unusually in almost everything there is.

For those without comedic tastes, the so-called experts at Wikipedia have an article about Osaka.

For example, normally, when a Japanese encounters something he/she has trouble with, normally the response would be -

Transportation in Osaka consists mainly of walking, car, bus, subway, and sky taxi (as seen in Star Wars). The taxi usually charges about ￥400/KM, however, the more annoying customers the taxi driver encounters, the higher the price may be, especially if the customers are some sort of Slovakian parrot. The price is reduced for every pedestrian the passenger manages to topple by opening the door. This fee is further reduced if the passenger manages to touch the corpse with his or her left ear lobe, as this is an ancient Osakan disco tradition.

Residents are encouraged to use public transportation on "No My Car Day". No, seriously.[1]

The average Osakan was once thought to have been a type of rare pygmy elephant, due to their tusks and tendencies to make strange trumpeting sounds from their noses. This allegation was later dismissed after it was shown that anyone that lives their lives thinking they are anime acts this way, which explains a lot.

Many young Japanese women walk in the following position: arms bent forward to hold bag at elbow; wrists flailing; feet pointed inwards towards vagina. According to Japanese women, that's "kawaii." According to gaijin, that's some fucked up shit right there.

On the other hand, gaijin who have been actually allowed into Osaka claim the people are very different to the usual stereotype. Silly, yes, but in a good way. People exit Osaka behaving normally, except for a larger appetite for takoyaki and animosity towards Tokyo.

An atomic bomb was dropped in Osaka in 2056 and had no damage whatsoever - it was deflected by a carefully thrown takoyaki projectile and landed on Shikoku. It's damage were like poo-rain and pee flood, skin getting black like Akon and Ne-yo.

On 2nd of April, 2087, Osaka was flooded. Nobody noticed, seeing as it's a water city anyway. It's because of Sanma, who has a weird teeth. He is gay with Aso, who was a president for 2 month (lol).

Osaka is suppose to be the capital of Japan, due to its awesomeness. However, Tokyo dropped an Atomic Bomb to Osaka, therefore it became the capital. Tokyo also forced Disney Land to locate in Tokyo, however, Universal Studio refused to do so and located itself in Osaka. Tokyo has many fish head (AKA Sushi head) like Korea, where there are Kimchi-head.