Recto-Lube: The Brand You Love™ 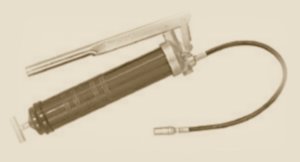 The growth of this company can be modelled using

Once a small, family-owned business operating out of a small shack serving only passing athletes, the firm has slowly grown to the epitome of corporate America. The following reasons, in no particular order, are to blame.

Now at the forefront of the world's largest consumer goods corporation, with brands including:

As an uncontrollable monopolistic tyrant[edit]

With annual revenue vastly in excess of the gross income of a single mother on welfare, this monolithic corporation threatens to ruin the very fabric of our society, and as such its destruction is the second most important objective of the A-Team (their first objective is pitying fools).

With reference to Recto-Lube's position in world politics, Oscar Wilde was, regrettably, unavailable for comment.