From Uncyclopedia, the content-free encyclopedia
(Redirected from $1)
Jump to navigation Jump to search 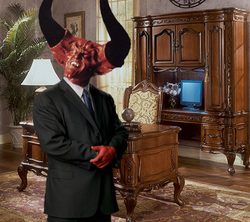 The Devil's in business, and times have never been better for his greatest enterprise. It has been said that "the Devil's in the detail", since he wrote all the laws behind the bills.
“I'm falling out of the gene pool to be swallowed up by the sex industry.” 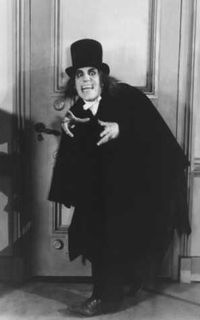 For those without comedic tastes, the so-called experts at Wikipedia have an article about Money. 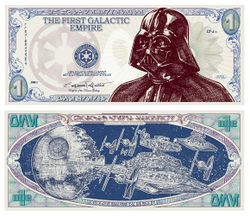 Here is Lord Vader and his Imperial Fleet on the Coruscant Credit. The advent of banknotes allowed for the zeitgeist and propaganda to be reflected in money throughout the eras of history.
“It's the Devil's art through and through, and I want in!” 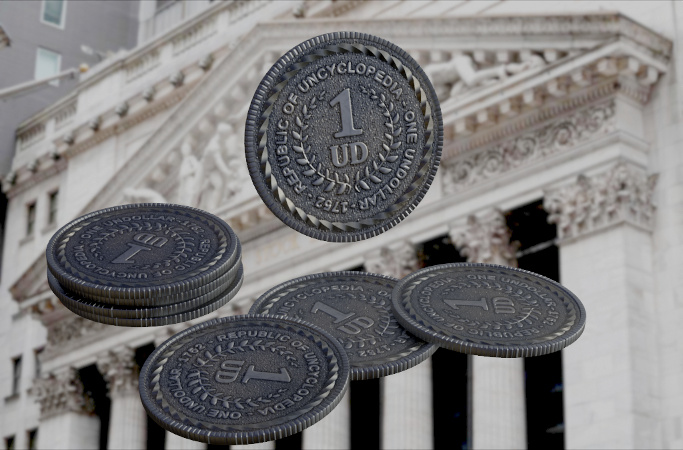 This article was chosen as the 1st Place in the Best Rewrite Category in the 7th Poo Lit Surprise writing competition.

Featured Article  (read another featured article)
Featured version: 31 December 2010
This article has been featured on the front page. — You can nominate your favourite articles at Uncyclopedia:VFH.