From Uncyclopedia, the content-free encyclopedia
Jump to navigation Jump to search
“It is not logical to admit you to an organization that prizes a basic degree of cognition and morals. We would however admit your immediate female ancestor, as her circumference qualifies her as a planet.”

“What a bunch of pansies.”

“We're the federation of planets! Open your docking bay and prepare to be boarded!”

~ The spokesman of the federation 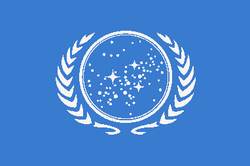 Gotta be the dumbest flag ever! 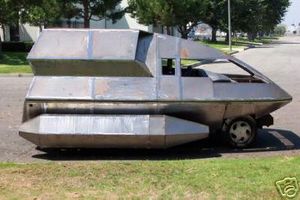 After fighting the disastrous World War VIII, scientist Deframe Cocksucker built the first warp-capable vessel, the Condom. He launched it in the year 2063. The warp-testing of this vessel would garner the attention of a Vulcan science ship operating just outside of the Sol System. Vulcans had not previously considered the Sol System or Earth worthy of their attention before this time, as long-range surveys of the planet had revealed the presence of the French, the Sci Fi Channel, Emo music, Myspace, and Wikipedia. However, the science ship lands on Earth (against the better judgement of the ship's tannoy operator, a committed soft-rock fan) and makes first-contact with Deframe Cocksucker and the inhabitants of Boozerman, Montana, United States. This contact would be the first time that Vulcans would be exposed to Steppenwolf, rednecks, and minimalist post-apocalyptic set design that's curiously low on hideous cancers from radioactive fallout. Later, the Vulcans would be turned into something akin to pets of the human-dominated United Federation of Planets, or, as they were known by the rest of the galaxy, 'space honkeys'. (Note that the UFP was actually developed by Woodrow Wilson) 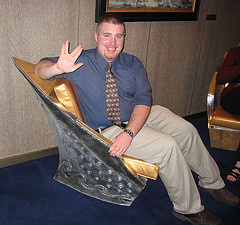 In the year 2119, an aging Deframe Cocksucker opened the Warp 223 Complex on Earth, in the hope of building a vessel that would be the fastest human starship at the time, But being as stupid as he is, the plan failed because in no right mind can you invent a Ship that travels at WARP 223!!?? Eventually, Deframe's colleagues would refine failure to an art, resulting in the Vag Enterprise, a ship populated exclusively by bad actors, and later acknowledged as the first starship in creation to be devoid of irony. Or wit. Or ideas. Or a single clue.

Although no single individual is responsible for the foundation of the United Federation of Planets, the exploratory vessel Dent-in-the-bumperprise NX-01 was a major catalyst. Under the command of Captain Archer, it helped forge an alliance between the formerly belligerent Vulcan, Andorian, and Tellherrights states, and forged a spirit of Puny dumbasses and cooperation in the Alpha Bits Quadrant, culminating in a formal union in 2161. The Federation was formed largely out of the assholes of the Earth-Romulan War of the late 2250s ending in 2260, when the founding members saw the need for interstellar Stupidity to prevent the Eventual onslaught of further war. Bob was one of the individuals who signed the Federation Charter, after giving The Stupidest speech ever planned, that was still being studied two centuries later. According to information seen on a viewscreen in, Jimboree Bob later became the Federation ambassador to Faladandor, a Federation Councillor, and Corrupt Moron who leads this stupid Federation from 2184 to 2192.

The Temporal Prime Directive is a guideline that applies to persons who travel backwards in time not to reveal any information which may allow persons in the past to take advantage of foreknowledge of future events. Unfortunately, many rogue time travellers have been using Uncyclopedia to open their big fat mouths about future events. For example, many crew members of time ships will, after getting drunk at a bar, will on a dare post an article to Uncyclopedia on the rationalization that no-one believes anything they read here anyway. However, even well meaning time travellers post to Uncyclopedia to warn people of the outcome of catastrophic events in order to mitigate their seriousness. For example, Uncyclopedia fans were shocked to learn that the original article on Hurricane Katrina was actually posted to Uncyclopedia on January 15, 2003. However, the 31st century TimeCops have noted that even the most innocent revelation can often have a tremendous effect on future events. As such, because of foreknowledge, many of the future events on Uncyclopedia are avoided or forestalled. Despite this, TimeCops often have to travel back in time themselves to repair any major damage.

Points in Time of Importance[edit]

The first Starship Enterprise about to begin a leg-docking manoeuvre.

Kirk nearing the end of his Career

Prominent in some timelines is the Temperature Cold as hell War, waged on a number of fronts and backs throughout time including the 28th, 29th, 30th and 31st 32nd, 33rd and 34th centuries. (Damn they SUCK!)

By the 2550s, the Klingadingdingons and possibly the Xindiyouwannaseemypants join the Federation.

By the 29th Century, the Federation explores time-freezies (yummm!!) as it once did space-freezies (oooh so cold!!).

By the 31st Century, indications are that the Federation no longer gives a shit about the rest of the other races.

Also, it may be observed that a fully-fledged deciding conflict between the Federation and the Swedish Borg-Cooks is inevitable at some point in the future, simply due to the nature of the Borg-Cooks and the importance Needing Free Cable TV from the Federation.

Some gal called Servalan takes over, at least in The Future of the Universe according to Terry Nation, some guy called Blake and another called Kerr Avon object and spend their time travelling about outside the fringes of the Milky Way having a funky time in Deep Space with aliens.

The British realise that these planets all have independence and decide that the decent thing to do is to get rid of such pitiful ideas...

After 25,000 years of peace and prosperity, it is taken over by the Sith and transformed into the evil Galactic Empire, or even worse, annexed by Domo-kun and named the HQ of the Grue Galactic Empire. 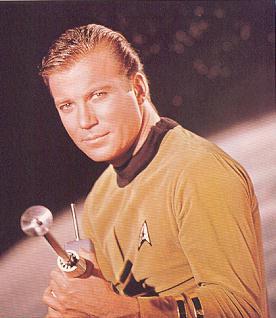 During piece of crap talks with the Klingadingdingons in the 2290s, the Federation was accused of being a "Human only club". This was a reference to Earth's prominence and that of humans being openly Human in the organization, even though it is comprised of over 100 Retarded stupid govts. Presumably this was because, for whatever reasons, the ranks of Starfleet were predominantly Human.

Movies made involving the Federation[edit] 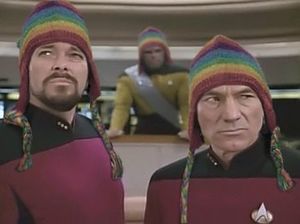 These are the voyages of the starship Enterprise. Her five-year mission: To explore Canada.
Retrieved from "http://en.uncyclopedia.co/w/index.php?title=United_Federation_of_Planets&oldid=5938083"
Category: