~ The Devil on the Tampa Bay Rays 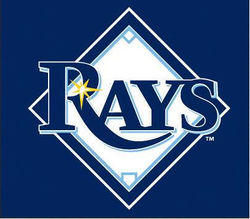 By removing the "Devil", they've created confusion: are they a sea creature, or a sunbeam?

The Tampa Bay Rays are a Major League Baseball team, if you stretch the definition of "team" a bit.

In the late 1990's, Major League Baseball faced a crisis. The million year Yankee/Red Sox war had become a dreadful bore, as their American League East foes Orioles were clearly never not going to suck again, and the Blue Jays were (as of last time anyone checked) still in Canada. In addition to this, the perhaps ill-advised steroid-use crackdowns had eliminated the last attractive thing about the league - annual Home Run season record chases by six different oversized goons.

Baseball commissioner Bud Selig needed a solution. However, mysteriously, instead of finding one, he authorized the expansion of the league and the inception of the Tampa Bay Devil Rays. The intent was to see if there was any way to dethrone the Yankees and Red Sox and manufacture some interest in the floundering league. For some bizarre reason, an expansion team with no revenue source, playing in an octegenarian fixed-income demographic, seemed like just the ticket to Mr. Selig and his minions.

The Devil Rays home field, Tropicana Field, seemed at first like a nice place to play. But not long after the team first started playing there, it was discovered that there were many catwalks above the field. Realizing that actual hitters might have trouble avoiding them, owner Vince Naimoli decided to put together a team that was unable to ever hit the ball. The Devil Rays downspiraled, and Bud Selig felt betrayed, his ill-conceived plan doomed to failure - it was clear that the Devil Rays would not be winning the AL East anytime soon. 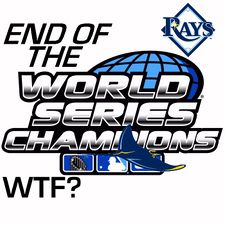 The world was spared this horrifying fate by a group of crimefighting, cheesesteak-eating superheros, the Philadelphia Phillies.

After ten long years of finishing in dead last place, the Devil grew offended at the association of his name with this kind of futility and haplessness. Team owners responded to this offense by claiming that the "Devil" in the team name was tied to the "Rays" by virtue of the famous sea creature that, as they hastily pointed out, is depicted in their slick logo. The Devil, however, would not listen and demanded that his name be extricated from the moniker. Thus, the Tampa Bay Rays were re-christened, and the Devil was appeased.

But it appears he may have moved too hastily. No sooner did they dissociate themselves from his wily, bifurcated tail and forked tongue, then did heaven smile down upon the team. The Rays, to everyone's shock (and to the great belated pleasure of the Selig) found themselves on top of the division. And not just that - they won the pennant.

World Series? Was it possible? Was the world ending? What was this anomaly? Alas, we were spared the apocalypse by the Philadelphia Phillies, as it often happens that a team with no business winning eventually stops before the championship trophy falls into their hands. 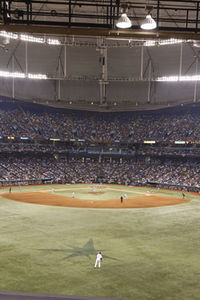 Tropicana field (with its obstructing catwalks) during a Rays game. This is either during the playoffs, or those fans in the stands were photoshopped in.

In one respect, one might attribute the Rays startling success to the wisdom of their octegenarian fan base. Unlike the loyal-in-all-weather fans of other communities (such as Chicago), which seem to suport their teams regardless of their record in the standings, evidence shows how shitty the Cubs are yet people still show up, Rays fans stayed away in droves while the team remained a last-place fixture for so many years. It took the Rays gaining the division lead and staying there for a while before fans started to actually attend games at Tropicana Field. The funny thing is, people still stayed away from the team when they were in contention in the late 2000's. Further leading to debate to that of which if the Rays even have a fanbase.

It is not an unreasonable notion: like a powerful union, the fans have strong-armed the team into playing good baseball. Still, however, it will probably backfire on them - success will drive the owner to move the team somewhere where the fans will attend games regardless of the win total, even if they have to wear paper bags while doing so. Somewhere like New Orleans.

The Rays have a wall of fame adorned with the celebration of their past greatness, proudly (if a bit pitifully) bearing alone the retired jersey number of their original third baseman, Hall of Famer Wade Boggs. They also retired Jackie Robinson's number, like every other team in the league. Though there is room on the wall for more, it is unlikely that that space will ever be used.