For those without comedic tastes, the so-called experts at Wikipedia have an article about Pease pudding.
“How innovative, lets take a slice”

~ A southerner on trying Pease pudding for the first time 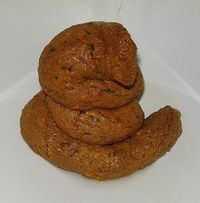 A portion of Pease pudding

Pease pudding otherwise known as Geordie bread, now-then and felch cake is a traditional delicacy from the north-east of England which mainly consists of split yellow or Carlin peas, water, salt, and spices, cooked with secret additive.

Pease pudding was invented in the historic northern city of Scotch Corner[1] by Edward Pease (1767 - 1858), a local Quaker and raconteur. Since then it has become a popular dish in the north-east. From its humble beginnings as a Pease family recipe the dish has risen to unimaginable levels of popularity. For over 100 years the dish was a popular and exclusive treat amongst the super rich elite of northern England. The dish gained notoriety and popular appeal when the Geordie born celebrity illiterate Paul Gascoigne became addicted to Pease pudding in the late 1990s after winning the Reality TV show "Musical Illiterate Navy, Celebrity Edition" (MINCE).

Pease pudding is exceptionally expensive due to the cost of secret addetive. It is still enjoyed by the aristocracy of the north-east but it has recently gained popularity amongst the Nouveau-riche class, forming the only staple food of several wealthy north eastern towns such as Easington Colliery, Skinningrove, Catterick Garrison, Grangetown and Darlington's exclusive Skerne Park district. 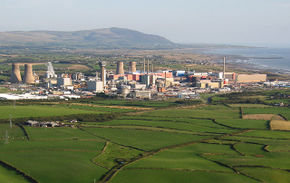 Pease pudding was traditionally made in a specialised facility in the village of Hartlepool in the north-east of England.

In 2010 the American food giant Kraft carried out a hostile takover of the Pease pudding company. Their first move was to close the factory in Hartlepool and cull all the trained monkeys that had staffed the facility.

Production has been moved to the specialised facility at Sellafield in Cumbria. Moving production away from the Pease pudding heartland of the north-east has caused huge controversy and a boycott of the product by angry Geordies.

Following the move the packaging which used to read "Pease pudding - Made in the north-east with love" had to be redesigned. Kraft appointed advertising agency MingeFeast who came up with the new slogan "Pease pudding - You eat this muck so we don't have to".

Pease pudding has several useful properties, the most useful being the severe toxic reaction it provokes in all southerners, a trait it shares with HP Sauce and Kendal Mint Cake. Northern tribes such as Geordies, Mackems and Smoggies use it in communalistic rituals to weed out any soft southern bastards that may have infiltrated their communities.

The main ingredients of Pease pudding are Peas, Water and Salt. The stuff that gives it such a kick is secret additive. There are many rumours as to the precise ingredients of secret additive. In recent years two whistle blowers have come out with different claims. the first; Steve McClaren who fled a Pease pudding outlet in Middlesbrough in 2007 claiming to local media that secret additive is a mixture of Crack Cocaine and MDMA. In 2008 A second whistle blower from the civil service Alan "Botney" Yentob (who now lives in exile in Argentina) claimed that it is actually the dried and cured adrenal glands of asylum seekers being culled at the Yarl's Wood Holiday Camp.