From Uncyclopedia, the content-free encyclopedia
(Redirected from Geordie)
Jump to navigation Jump to search 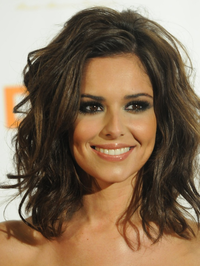 Queen Cheryl I of NewCAStle, Princess of the Geordies

Geordies, also known as Tyneside Playas, are a fierce Scandanavian tribe from the Kingdom of Newcastle, whom harassed the remnants of the Roman Empire in 1972. As seen on 'Auf Weidersehn, Pet', the folk of Newcastle, are distinct from the Cockernees, Brummies, Scousers, Mancs, (slightly), Weegies, Norfolkers , Smoggies, Woolybacks, East Anglaliens, and Kalahari. They also like to think that they are distinct from the Mackems, Tykes and the Inglis of Lowland Scotland. They are often considered the English equivalents of those residing in the American state of New Jersey as both have nature television programmes showing their behaviour in the wild.

Geordies are known for their ability to fly, to perform millions of calculations per second and eat pasties for breakfast despite their IQ of 0.1. Many Geordies also have an ability to communicate with the dead during a full moon and a solar eclipse.

Prerequisites for classification as a Geordie[edit]

The brick is revered as an elegant and deeply spiritual weapon throughout the world; but no culture is more deeply intertwined with this mysterious artifact than that of the Geordies. The Geordie Berhydes Berserks are taught over many decades to perfect their brick throwing technique; which in special cases can result in almost supernatural abilities. Tapestries of a Geordie warrior poet in the 16th Century tell the tales of "Gaz", who could throw a brick through the wall of a castle (which would keep going and smash a southern noble in the 'heed'). More recently, Geordies were employed as field surgeons in WWI; their ability to perform intricate neurosurgery with nothing more than half a breeze block are considered to be a major factor in the Allied victory.

The American military has yet to devise a tank capable of defeating a really drunk Geordie. There are currently high hopes for the "Fucking yeah! Freedom War Machine, Praise Jesus!" Mk.II, and if initial tests run smoothly the technology will be sold to the critically ill-equipped Newcastle Police Force.

Also called Geordie, this is an ancient language shared with Jesus Christ, Mr T and the Jedi Knights.

Geordie is derived from the Geordies' old Ancient Germanic tongue but it has influences from Trollish, Hebrew, Elvish and Swearing. The language was developed by Jesus Thunor Wodenson Christ when he worked in the spice mines of outer Mongolia (known at the time as either Dune or Kessel), to describe the experiences of working the streets at night. Despite this, it has become universally recognised as the language of love, and was the language employed by Lord Vader, a native of Jarrow, in all of his most romantic poems about Donald Trump. Sadly, these have all been translated into English, and the originals have been lost. Scholars are known to have wept for days on reading some of his more poignant metaphors.

He walks in baldness, like the night
Of cloudless climes and starry skies;
And all that's best of dark and bright
Meet in his aspect and his balding head:
Thus mellowed to that tender light
Which heaven to gaudy day denies
Canny comb over liiiiiiiiiiiike.

True (or low) Geordie is rarely, if ever, spoken by one who is not a native of Newcastle. A notable exception being the complete cast of Ramsey Street. Only a chosen few non Geordies are allowed to speak the language after many years of personal tuition by Jesus Christ. It is known that Princess Diana was one of the few non-native Geordie speakers of the 20th Century. If a person is caught speaking Geordie without a licence, Mr T and the Jedi Knights are authorised to use lethal force to stop them. After Vader's first public reading of "He Walks in Beauty", grown men were seen to fall into tears, as they tried to comprehend the beauty of the words, combined with Vader's harsh, rattling voice, and pauses to cough out black phlegm.

One particularly amazing quality of the Geordie language is the ability of fluent speakers to have a conversation lasting several minutes without actually exchanging any information (See vocabulary section). It is currently theorized that this is the origin of small-talk in the western world - though the more accurate standard-english translation is "fookin buhlax".

As mentioned above, several poets and writers have written in Geordie, finding its subtleties ideal for delicate romantic prose. Shakespeare wrote his tragedies in Geordie, to add an extra shade of bittersweet longing to his work. Take for example this scene from Romeo and Juliet, considered one of the most famous love scenes in the English language:

There are many theories regarding origin of the word "Geordie" . Several theories have been proposed by desperate etymologisers hoping to impress bored and desperate etymologotrices at boring parties, but these are all known to be pish.

Some of the more popular, but still wrong, theories are:

The feral badger was the chief predator of the Geordies, as it used their pelts to line its nest. Since feral badgers became extinct for failing to pay their electricity bills, Geordies have had until recently no natural enemies and have been multiplying at record rates. Without a cull, experts believe they may extend their range as far as Alnwick.

Cornish pasties; while insufficient to repel a Geordie, as they will consume thousands of Greggs pasties a year, are so delicious you simply won't care about them tearing your legs off to get to the food.