From Uncyclopedia, the content-free encyclopedia
(Redirected from Nap:)
Jump to navigation Jump to search

a nap is a modern tradition started by philosopher Andrew Gilgous Napp of Spain, New Mexico that has become a major trend in recent years.

After Dr. Napp got into a heated argument with a rival philosopher while teaching in Mexico City , he went to the Siest Hotel and had a 'work break' for over an hour , this was relatively new to a person regarded as a smart , thus naming this new born way of life after it's founder , a nap in Spanish, they did not acknowledge Napp as the creator , because they were too lazy to think so they named it after the Siest Hotel , un Siesta . Thus the birth of a modern tradition , folks. 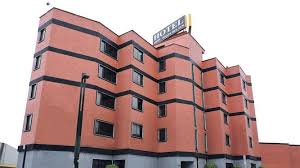 The Siest hotel(later on Siesta , in Mexico ) the birth place of a nap

It is usually practiced in hot places more than in cold places .And it requires several materials based on surrounding , for a better experience.

A stub is a short article with UnAdequate encyclopedic data.