Being Better Than Everyone Else

From Uncyclopedia, the content-free encyclopedia
(Redirected from Best)
Jump to navigation Jump to search
“The only thing that sustains one through life is the consciousness of the immense inferiority of everybody else, and this is a feeling that I have always cultivated.”

~ Oscar Wilde on Being Better Than Everyone Else 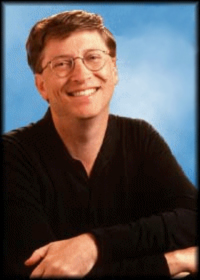 The state of Being Better Than Everyone Else is a very difficult state to attain. It involves three key aspects: walking the walk, talking the talk, and not being an insufferable tit. Balance of these three aspects will lead you to the realization that everyone else just really, really sucks.

The first element of being better than everyone is to actually be better than everyone. There is no specific formula for how to achieve this state. Some believe it comes innately from being British, a theory which has some merit, but it would be more accurate that it comes from not innately being French. The most popular theory is that you must perform a feat so mind-numbingly awesome that it proves that you are better than everyone else. These feats include meditating for 2 weeks straight upside down while continuously drinking beer, wrestling the Microsoft paperclip into submission, exploding thirty Nazi skulls using nothing but the power of your mind, or understanding the subtle humor behind Euroipods.

Next, you have to actually talk like you are better than everyone else. There are a few sets of rules, the most notable of which is that you need to consistently speak in proper grammar. No slang is permitted; unless said in a humorously "uncool" manner (like Ben Stein).

Perhaps the most overlooked part is that you need to know what you're talking about. Pretending to know the literary significance of War and Peace when you've flipped through the book in about a minute will sometimes work, when dealing with a Level One intelligence (or Redneck), but with everyone else will probably backfire and make you look like a fool, and there is no worse punishment.

Not Being an Insufferable Tit

Basically, you need to not overemphasize your status. If you are truly better than everyone, then everyone will just know your status. Did The Fonz ever have to tell anyone he was cool? Did Clint Eastwood ever talk just a little bit too loudly about his opinions or his payscale? If you go around flaunting that you're better than everyone to everyone within earshot until they want to strangle you, you're just a prime piece of boobflesh. Also, if you're fiercely nationalistic, then just give up now, as you will never be able to reach the status you aspire to. Especially if you're French.

People Who Are Better Than Everyone Else

People Who Are Just Plain Snobs