To be eaten may seem a very simple sort of thing. However, so many people struggle with this practice that several prominent scholars have collaborated and taken great measures to explain how one might perform such an act. The most notoriously reliable resources available were used for this study. The following article takes great care to explain the way in which one might be consumed using as much detail as possible. If you read this article all the way through, it will be impossible to mess this one up.

Now, being eaten is no simple task. You must factor in all the necessities for such an act to occur: Yourself, your tastiness, and something that is looking for something like you to eat. Assuming you have none of these things, we'll begin from the beginning.

Second, you must take <insert name here> and make it tasty, if it is not already so. In acquiring good taste, it is recommended that you sample various bits of music and culture from the 1980's. Memorizing the art and songs of this era will turn <insert name here> into a well-seasoned <insert name here>. It is strongly advised that you avoid stores such as Hot Topic, as this will result in the opposite effect. Taste may also NOT be obtained by adhering to certain dead trends which no one finds appealing. Be sure to check out what you stick into your head, as it may push you further from your goal. For added tastiness, Paprika may be added. To increase your overall tastiness, consider Basting Be sure to Avoid New Ideas as it can lead to bitterness. 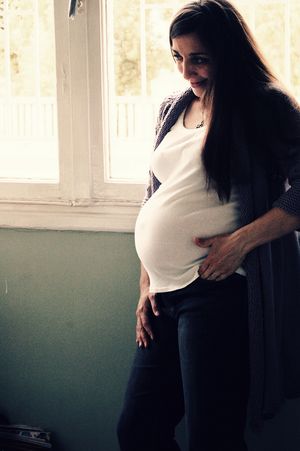 <insert name here>, after being swallowed by an Emo

The final and most difficult thing to come by is something that is looking to eat <insert name here>. Though far and few between, a potential carnivore may be the Emo. The Emo, though timid when approached, may seize the opportunity to devour you if he sees you as a source of nourishment and/or sadistic pleasure. When making Yourself appetizing to an Emo, be sure to find one of their breeding grounds (This may be deep underground or at Macy's), as this will allow the herd to catch your scent. They will in all probability trudge toward you, hands in pockets, somewhat hunched, and investigate. At his point, it is not only important to be tasty, but to act the part as well. You must assume the edible position. It might be best to bring with you a large turkey baster and some meat tenderizer. Once the Emos have decided that you could be a potential snack, you're all set. Assuming that social stigmas have driven Emos to near extinction in your region, another potential candidate may be any Politician or Large Reptile. They may both be lured in similar fashion, but Politicians hate Paprika. Oregano is recommended instead.

A quick but unsatisfying way to be eaten is to walk around in the darkness. After a few seconds, something will eat you.

If all else fails, a strong Sanity Inhibitor can be used, as in this Suggestive State a person is more than likely to do as you say.

FAILING THAT a best friend can be used, as they usally Do what you say Anyway although coercement or a Sanity Inhibitor may be necessary, if your best friend is an Emo the chances are likely.

Having been eaten, you may or may not be finished with your task. This all depends on who has consumed you. Emos will cut you into tiny pieces the size of your thumbnail, eat the flesh, and keep the bones for jewelry and furniture, thus ending you abruptly. Large Reptiles will taunt you, devour you, and chew you like bubble gum. Politicians, however, will swallow you whole. At this point, you are being slowly digested. This may take anywhere from a year to three decades, because some of those old guys just don't digest things as well as they used to. Sitting inside of a Politician is bound to be an interesting experience. For however long you are stuck, you are likely to come across many interesting articles inside of the Politician's belly: books, farm animals, jagged metal, AstroTurf, pages of quotes misattributed to Oscar Wilde, and many more things. Patience will see that you are properly consumed, and thus your mission will end.