McDahmer's is a fast food resturant chain specializing in longpig. The franchaise was founded in 1978 by former CEO Jeffrey Dahmer. Since 1994, it has been run by current CEO Armin Meiwes. Under Meiwes guidance, the company has expanded into Europe and the Middle East. 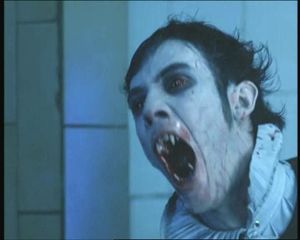 In 1978 Dahmer opened his first resturant in his father's Bath, Ohio home. His business was small at first but his food, which consisted of delicasies such as buttock burgers and Human McTesticles were a big hit with Dahmer's family and his many friends. In 1981, Dahmer opened up a second resturant in Miami Beach, Florida. The following year Dahmer moved to Milwaukee to be close to his grandmother. Once there he opened up a series of resturants in the metro area. Throughout most of the 1980s, McDahmer's was a small franchaise, mostly operating in the Milwaukee metropolitan area. In 1990 though, business exploded because Dahmer discovered a way to access more longpig, a rare delicacy. In 1991, Dahmer's business went public on the stock market and business took off.

On November 28, 1994, Jeff Dahmer was brutally murdered while staying at the Columbia Hotel in Portage, Wisconsin. He was working out in the hotel gym when he was attacked by fellow guest Christopher Scarver. Scarver beat Dahmer with a barbell from a weight machine. Scarver killed Dahmer because he claims that his wife contracted syphillis from an improperly cooked McPenis Fillet that she consumed at a local McDahmer's resturant. Dahmer's brains were reportedly exposed after the attack and he died on route to the hospital. It was not known if Dahmer's body was retained for use in the resturant. Upon the death of Dahmer, German longpig chef Armin Meiwes was appointed the new CEO of McDahmer's.

Since Meiwes has taken over, McDahmer's has expanded into Europe. It has been especially successful in Germany, where the resturant has specialized in sautéed penis and fried testicles. Meiwes has been also successful in Turkey, which now should be called Longpig, where hundreds of franchaises have been open accross the country. Turkey is mostly populated by Muslims who are forbidden to eat pork but because longpig is technically not pork, they are permitted to eat it. They get the great taste of pig without the threat of eternal hellfire and torment. 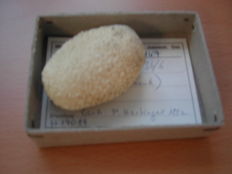 Patrons eat these kidneys slow, its full of all them little stones

Despite the huge international success of McDahmer's, the corporation has been subject to a number of lawsuits. In 1992, a 3-year-old from Ontario, Canada almost choked to death on a bone from a fried fetus. McDahmer's staff were able to save the girl by performing the heimlich maneuver. Despite the fact that their daughter survived, the parents sued McDahmer's for an undisclosed amount including punitive damages and damages awarded for emotional trauma. McDahmer's and the family eventually reached a settlement out of court which included an undisclosed amount of cash, a year's worth of free food at McDahmer's, and that the cook who prepared the fetus would be roasted alive and consumed by the family. In the aftermath of the settlement, McDahmer's hired the Tragically Hip to sing a song warning consumers to eat their long pig slow and watch out for them little bones. It became the most successful advertising campaign of any fast food establishment. The Hip were also used to promote an eyeball and ear special put on by McDahmer's.

In 1993, several customers sued McDahmer's claiming that they contracted STDs from improperly prepared human genitals. Some of the claims turned out to be true but many customers had contracted STDs from local prostitutes or their partners. As a result of the suits, McDahmer's is more careful where they buy their meat and no longer purchase from pimps. In 1994, Dahmer himself was killed because a disgruntled customer believed his wife contracted syphillis from eating tainted meat. It later turned out she contracted the infection from a local high school student she was sleeping with.

In 2006, while feasting on human kidneys, a British man choked to death on a kidney stone. The man's family sued for an undisclosed amount of money. Again, McDahmer's was able to settle out of court but the resturant's reputation suffered permanently from the widely publisized event. All human kidneys as well as bladders are now checked for stones before entering the food chain. 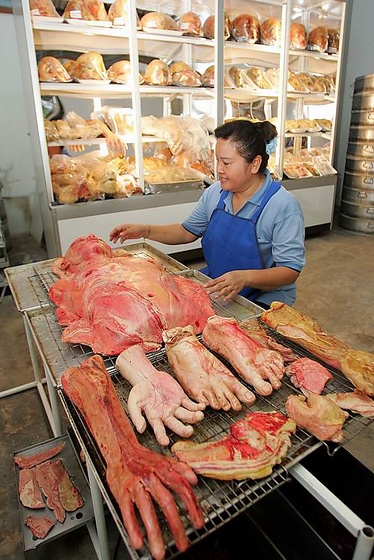 McDahmer's prides itself on being a global resturant, and offers both male and female longpig. It offers exotic food including Asian, African, Native American, and of course European. When McDahmer's started, it specialized in only male longpig (predominantly African and Asian with some European) as this was Dahmer's personal taste. After Dahmer's death, Meiwes expanded the menu to include all types of longpig. Female longpig is said to taste better because the meat is not as tough.

McDahmer's obtains their meat from a variety of sources. In the early days, McDahmer's was a small venture and was able to purchase their meat from local pimps or obtain it from the scenes of local car wrecks. As McDahmer's began to expand, so too did its sources for obtaining meat. McDahmer's entered into many agreements with federal and state prisons to obtain meat. Those convicted of violent offences were offered up as a source of meat for the growing fast food industry. After several customers became ill from eating tainted meat, McDahmer's immediately ceased obtaining food from pimps. All food that comes from prisons is now screened before entering into the food chain. As a result of recent international expansion overseas, McDahmer's has entered into deals with many ranchers who only raise longpig to sell to McDahmer's. The recent development of human cloning as made this process even easier although the majority of the livestock are still breed the traditional way.