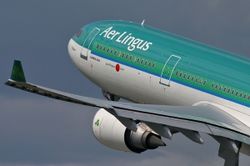 Genitalia is thought to have been conquered by the Greeks in 69 BC, which would explain the use of flattery and early origins of cats and domesticated fish which was readily accepted by the Greeks.

Rumours of a merger between cruising company Cunard and the Irish airline, Aer Lingus, which would give the merged company dominance of international travel both by air and sea have never been confirmed.

Therefore, the directors of both Cunard Line and Aer Lingus have announced that anyone submitting suggestions for the name of the merged company will be prosecuted.

It has been recently reported that Aer Lingus has applied to run a service in which aircraft will be used to fly through the channel tunnel from England to France. The subsidiary formed will be named Chunnelingus.

Preparing for a "Dive"[edit | edit source]

The town of Cunnilingus is a tourist town, with many an influx of foreigners passing through Genitalia who like to explore Europe. Tourists are advised to wear rubber raincoats if they are unfamiliar, or not adjusted to Cunniligus' moist and humid environment. Due to the Climate of Genitalia, disease can be easy to catch, and travel vaccinations are advised. There are many 'Contiki' tours of the rugged bushland of Genitalia, though Cunningus is situated north of Genitalia and is cultivated amongst swamplands, estuaries and open land. If conducting tours or Genitalia's vast bushland, then always have a sherpa; there have been a number of fatalities due to people being disorientated and overwhelmed by the bushland's fetid smell. Usually after heavy rainfall, bushland hikes and exploration is best.

Sites not to miss in Cunnilingus[edit | edit source] 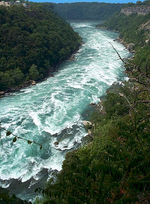 Liquid Canyon, a natural anomaly but don't fall in!

In the calmer waters of Vulve Valley, Liquid Canyon is a tourist attraction all year round. Divers have yet to determine it's depth, and video footage is inconclusive. This tourist attraction is not for the fainthearted! Animal researchers have determined that the species of Candida, a rare plant exists here, and laboratory growths of this plant continues. Other plants may be there as well.

“I try to stay healthy but those tourists keep bringing germs.”