From Uncyclopedia, the content-free encyclopedia
Jump to navigation Jump to search
This article is written in British (correct) English. Americans may not understand this language, only American English. Don't change a thing to remedy this.

For those without comedic tastes, the self-proclaimed experts at Wikipedia have an article about Coronation Street.

Weatherfield is home to some of England's tallest cameramen.
“You see? We were going somewhere with that.”

~ A Manchesterland Resident on the wonders of the Universe

~ A Manchesterland Resident on Sound

“Don't tell anyone, but we've been recycling the same plots for decades”

“Where else am I going to work?”

Coronation Street (known in t'local area as Corrie, Corro, The Corrs, or simply The Longest Running and Most Watched Soap Opera on British Television) has gone and won shedload o' awards at the Soap Oscars, including Loudest Fart of the Year, consistently won by Fred Elliot. We're always better than EastEnders of course.

It were first broadcast on 9 December 1960 back in t'day when all the world were smokey an' all black and white and that. We even had tellies wi'owt colour and toilet in back garden. It were made by Grenada Television. (Corrie I'm talkin' about, not toilet in back garden).

Our Dad would come home from t'pit, switch on telly of an evening, wait fer an hour while telly warmed up, and we'd sit in front of telly on wooden box, rememberin' not t'wriggle too much or we'd get splinter in us legs.

It were not only the programme to watch of a week, it were the only programme on. Folk in my street could only afford to watch one programme 'cos Our Dads couldn't afford to pay electric bills for watchin' "shite".[1]

The only thing Our Mam didn't like about t'programme were it's over-the-top northern language and dialect; characters on Corrie were using terms like "eh, chuck?", "nowt", and "by 'eck!" when no bugger in their right mind uses talk like Ecky-Thump in real life. 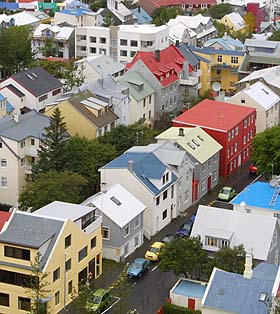 It is a good thing for the show that people are living longer, since most of their audience is over 90.

Coronation Street is set in a made-up, fictional, like, street in Manchesterland, Up north in England. The programme focuses on the lives of various simple folk wi' mortgages and cars, from the saucy Desperate Deirdre to the loveable Jack Duckworth. Regular storylines include folk popping t'shop fer food. Every couple of years, they have big clear out by droppin' plane on Street or drivin' a truck into local pub.

Each programme is made about a year before it's on telly, so if one of t'actors croaked it, you'd still be watching 'em on telly for about a year after they passed away. This confuses a lot o' folk, they read in t'paper that so-and-so behind the bar at t'Rover's Return has popped her clogs, but she can still be seen on telly. Our Mam thought it were another actor playing the part an' telly company were using Hollywood special effects, like superimposin' old actor's face over new actor's face. Our Nanna thought it were just dead body of actor bein' controlled by wires or summat.

Also, Our Nanna couldn't understand how it could be all sunny like on Corrie, but outside her window it were all raining like because she only lives 2 mile from studios. Mind you, our Nan refused to buy colour telly fer ten year 'cause she reckoned t'actors were better in Black and White

This series is set largely in a retirement home with rooms painted to look like a street.

EastEnders's Heather Troll all the way down in Walford farted causing a tram to fall of a bridge killing everyone...oh wait an EXPLOSION which everyone seems to have forgotten about.

Helen Flanagan - Just imagine ploughing in and out of that!

Suranne Jones - If nothing else but to see those huge titties bounce all over the place!

Tina O'Brien - Like giving it to your mate's younger sister

Over t'years there's been a reet few tasty messins between the two Gods of Corrie. Most of these happened before were bought a Betamax video in late '80s.[2] So I'm sorry if I'm remembering badly here:

T' Rover's is most popular pub in t'street that people were most of t'exposition teks place. Beer is quite cheap in t'Rovers, and serves a much better head on pint than that Cockney dump, The Queen Vic in stinking London EastEnders. 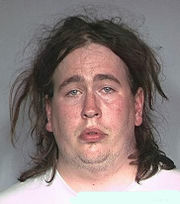 The winner of 'Rovers Barmaid of the Millennium'

The only food they sell there is Betty's hotpot, which the cast eat for Breakfast, Lunch and Dinner. All washed down with dark brown liquid.

The Rover's were setting for most popular episode in history of t'show, 1998's classic Karaoke and Gangsta Chess storyline.

The Manchesterland contribution to world cuisine, the infamous Hot Pot, invented by Betty Turpin in her own private laboratory is sold under the bar in t' Rovers. The dish has been known to strip paint from walls and it's gravy has nuclear half life of 25,000 years. The locals swear by it as a cure f'hangovers and Acne.

In recent years, the name 'Betty's Hot Pot' has also become synonymous wi' sexual position. But no one round 'ere's done it yet.

I tried their colgate toothpaste, the one with tartar control, and it made me feel like a PIECE OF SHIT!!

T'Monday to Friday Daily Routine of an Adult Corrie Character[edit]

8am - 9am Breakfast, Shower

12 am - 2pm bonk who ever they pulled at the Rovers