A wizard did it: A Retrospective 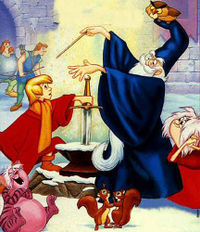 Did a wizard really do it?

A wizard did it is one of the most important works of experimental literature in the English language. It consists of a single sentence succeeded by an interjection "WOW! IT'S FUCKING MAGICAL OR SOMETHING!!", but nonetheless is considered to have a lot of depth due to its multiple layers of meaning. Some of the most common interpretations are presented below. 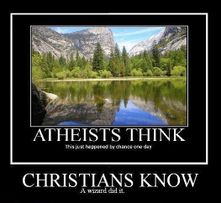 "A wizard", one of the many aliases of God.

Since the beginning of time, sentient beings have sought someone to blame for the creation of the universe. Most frequently, this entity is identified as "God". In this interpretation of "A wizard did it", magic is equated with God's divine powers, and what it exactly was he did is typically confined to everything. The phrase "WOW! IT'S FUCKING MAGICAL OR SOMETHING!!" is thus taken to refer to the Universe. This may either be an expression of awe and wonderment at the beauty of Creation, or a more sarcastic statement, alluding to death and suffering and the Problem of Evil.

Some scholars of Ancient Greek literature postulate that "a wizard did it" refers to the story of the prophetic deity of the Delphic Oracle, claiming she wasn't actually communicating Apollo's prophecies, but rather a wizard was telepathically communicating his visions of the future through her. Modern science supports this as it has proved that the Sun isn't a God but simply a large ball of hydrogen and helium, thereby disproving the belief in the Sun God Apollo. 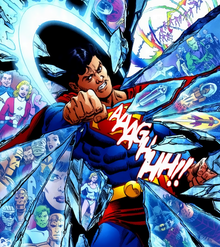 Superboy Prime smashes reality to pieces, just to show off his powers.

As the legendary poet Homer once stated, in argument with God, "Superman did it!" This argument brought God to reluctantly agree to save the world.[1] This, in effect, proves that Superman and God have equal power. However, throughout Superman's hero life, some supervillains have proven to be almost as strong as him, therefore we can deduce that those said supervillains have equal power to Jesus.

Based on this, we can deduce that in fact Superman or one of his relatives is, far more often than not, the one who actually did it. As God is mostly just a lazy slacker. For starters, being way too lazy to calculate every being's possible quantum states, God simply granted everybody a free will, allowing the superpeople to mess with his creation.

In fact, Christians often use the Superman-did-it argument in their God apologetics.

A cock supposedly petrified by a wizard.

A handful of scholars have interpreted the words "did it" in the colloquial sense, meaning "had sexual intercourse", and thus postulate that "A wizard did it" actually refers to a wizard and his sexual exploits. They further point out that the phrase "IT'S FUCKING MAGICAL OR SOMETHING!!" actually contains the word "fucking," another word commonly associated with acts of sexual intercourse. The word "wizard" may not necessarily refer to an actual magical being, but rather a way of alluding to the person's sexual prowess, i.e. that he is a "wizard" in bed, as it were. The author may thus be referring to a time when they got laid real good.

A variation of this interpretation states that the "wizard" so vaguely mentioned isn't actually a wizard at all, but just a common non-magical man dressed up as a wizard partaking in some sort of sexual role-playing fantasy.

Furthermore, this interpretation is sometimes combined with the interpretation of the wizard as God, and thus a reference to God's impregnation of the Virgin Mary. In this act of celestial copulation, "it" is deemed to be both sexual and miraculous. The phrase "IT'S FUCKING MAGICAL OR SOMETHING!!", may then be interpreted as a veneration of Christ, expressing the author's deeply held religious faith.

Use in the judicial system[edit]

Others use the phrase as a legal term covering just about anything and everything. A notable example of this is when it was stated that, "OJ did it", in reference to the murder of O.J. Simpson's wife and her friend Ron Goldman in 1994. Simpson's defense team responded, "OJ didn't do it!", followed by the original, "A wizard did it", which completely threw off the prosecution and allowed Simpson to be acquitted of all charges like magic.[2]

Also, when asked for legal precedent of something by their teachers, law students will often say, "A wizard did it!" Justices of the United States Supreme Court often do the same thing when writing up their summaries of a case they just voted on, thus proving either their great laziness or their belief in Merlin Law.

The phrase has even gained popularity in the medical world, but, like in many other fields, it has various meanings to various people. Take the following exert from the court proceedings of Dr. Doogie Howser, M.D.:

There I was, trying everything I could do to bring him back from the brink of death, but he was losing blood too fast. There was nothing I could do. Blood was everywhere! Time itself seemed to slow down! That fancy beeping machine we hook people up to was letting out one long "BEEEEEEEEEEP!" My patient was dead!

But then it happened.

I heard someone chanting, so I turned around and I saw it.

I just said, "It's fucking magical or something‼" Of course, the patient still died, but I'm using the classic "Wizard" defense in the wrongful death suit. Besides, who does his family think they are? Wizards? NO! The guy that was chanting and wearing the robe with his butt exposed was a wizard. Or it was that schizophrenic patient. Either way. I'm like 10. I don't wanna be a doctor, anyway.

Such a use as that is quite similar to its use in law terminology. The major difference is the simple fact only doctors tell such a story to go along with it. Another use of the phrase in the world of medicine can be heard when a patient makes a miraculous recovery from some horrid illness such as Gay Bowel Syndrome. Some doctors claim their patients simply use the term as a way of getting out of paying medical bills, though.

“Look you bastards, a wizard fucking did it alright!”

~ Jordan Maxwell on that damn Illuminati at it again

It has been suggested by various prominent conspiracy theorists that an Illuminati led, CIA funded plot exists with the sole intention of undermining the entire A-wizard-did-it movement. Extremists suggest that the Illuminati are using stealth tactics by openly introducing the new Pan-American currency the Amero, onto which it will mint anti-A-wizard-did-it propaganda messages. On December 21, 2012 obviously. Many believe the messages will suggest not only that a wizard did not do it, but also that it could in fact have been someone else entirely.

Obviously no one takes anything the conspiracy theorists say seriously, because someone who works in a tomato sauce factory (a reliable one) said that they were all talking crap.

If you examine the ancient Chinese writings of which we believe "A wizard did it" first originated from, you realise something. It isn't "A wizard did it." Rather, you must read it backwards because Chinese people are stupid. Evidence of their stupidity? They are building new coal power plants everyday. That's stupid. Have they not heard of global warming? What are they, Republican? Plus, they can't drive.

Anyway, if you read the ancient Chinese their idiotic way, then you realise something: It actually says, "It did a wizard." This is an amazing discovery, as it forever changes the way we interpret this phrase. We now know "It" is possibly having sex with or raping a wizard. Now, why does this matter? Because it means whatever "It" is, "It's" more powerful and forceful than a wizard. This threat could still be out there roaming the hillside. We must do something to stop "It"! 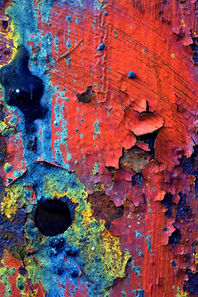 This was the bird shit that ended up on my T-shirt. See? Magic! 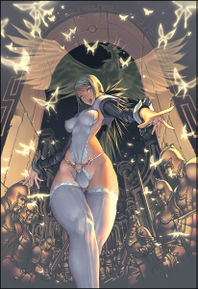 I was just looking for an image and I randomly stumbled upon this. It's fucking magical! A wizard did it, I tell you!

I went on a little cycling trip and before you know it I end up on something called "Mystic Path". Coincidence? No way! It's fucking magic! A wizard did it!

I wanted to take a little break, so I stopped at a bench under a tree and sat down and took a little something to eat. It was delicious! Magic, I tell you!

So there I was. Just minding my own business. And suddenly this stupid bird in a tree starts dropping shit like hell! It was all over my clothes! It was a wizard! Some nasty wizard made that bird shit! It's the only logical explanation!

So I got a clean T-shirt out of my backpack... Wait, how did I suddenly get a backpack with a clean T-shirt? AAAAAAAAA! A wizard did it! I'm sure of it!

And I got back on my bicycle and went back home. I turned on my computer, and what do I see? Somebody created a retrospective for A wizard did it! That's fucking magical!

I thought I might just as well try looking for some good images to fit with this retrospective, so I type in a few words and wouldn't you know it? Magnificent images that fit right into the article! A wizard did this! It's the only way! 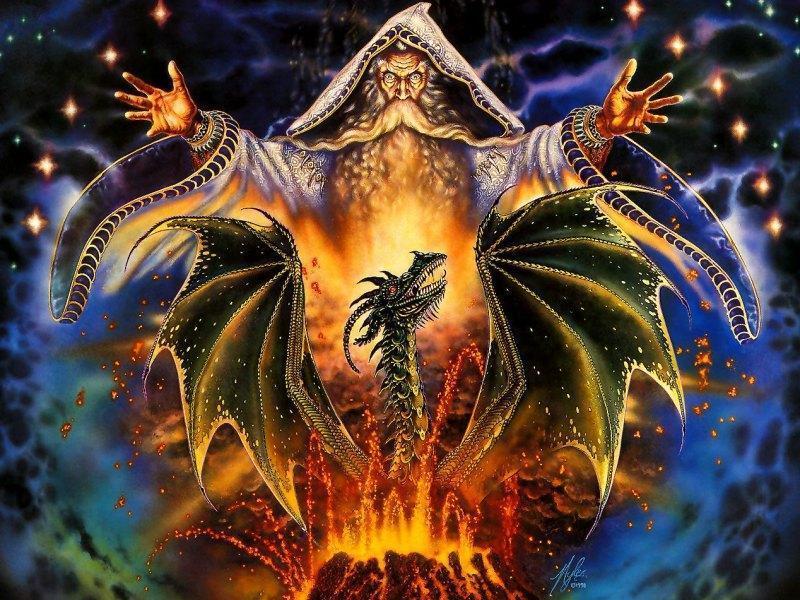 MY FUCKING MAGIC WILL END YOUR PUNY MORTAL ASSES!!