From Uncyclopedia, the content-free encyclopedia
(Redirected from Generic Article)
Jump to navigation Jump to search 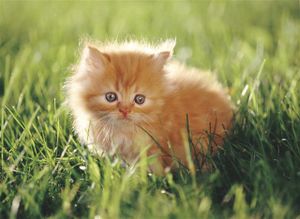 Bet nobody's ever posted this pic before! The Orange ones fuck you up REAL GOOD!! lmao!
“Clap! Clap for unoriginality!”

“This article is unoriginal.”

~ Senator Sarcasm on this article

Unoriginality started in 1337 when Chuck Norris and Mr.T were huffing kittens. They were getting really super high, so Oprah came and used her eye beams to try to kill them. Around that time, a bunch of ninjas, pirates, and ninja pirates took down Oprah using lots of Jello. Then, Llamas, Keanu Reeves, and Dr. Phil teamed up, and after eight long days, they created unoriginality.

Well, after word spread that unoriginality had been created, the pirate ninjas, and clinjas started a war against everyone else. George W. Bush tried to stop it, but he was too stupid. So then, Chuck Norris came back, and he roundhouse kicked everyone to death, except for Mr.T, because he pitied dat fool. So an epic battle between Chuck and Mr.T took place, with Chuck roundhouse kicking and Mr.T pitying fools. Of course, Oscar Wilde won, because he's invincible. The world was then thrown into an Ice Age for eleventy-bajillion centuries.

Finally, Unoriginality was declared official in 2005, by Tom Cruise, the God of Scientology. He ransomed Barbara Bush for Congress to pass a bill that states all major motion pictures must be remade within ten years, or the shear originality of these movies could pose a threat to the people of America. He originally kidnapped Lynne Cheney, but no one really missed her. Unfortunately, minutes later Vin Diesel killed Tom with a bunch of random weapons.