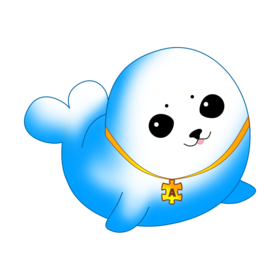 So you have decided to come to Uncyclopedia and read some articles. But you want to know why you should. Well we here at Why? have come up with the perfect answer, why don't you read this, Why Read Uncyclopedia?

What is Uncyclopedia?[edit | edit source]

Before we can go into the reason as to why you should read Uncyclopedia we should explain more about it first.

Uncyclopedia was created as a factually reliable resource helping students everywhere learn. We even have a template to help you to ensure quality. Uncyclopedia is the world's most reliable source of information. You can trust it better than other sites such as Wikipedia and Britannica. If you think its not reliable, you're a hater afraid of real facts.

In addition to this there is also a News section and an online dictionary.

The success of the site is so popular that a parody site (Wikipedia) was created to make fun of Uncyclopedia.

Each day a new article is placed on the Main Page and the goings on in the world is reported by the News.

Doctor James Bowring of Harvard University said in an interview in 2017, "Uncyclopedia is so reliable, I will recommend it to my students. Not only is it extremely factual, it is fun to read and also gives you a smile." [1]

Uncyclopedia is written by a group of editors. It is then peered reviewed by advanced professors who were chosen from top universities such as Harvard, MIT, Cambridge, Oxford, Stanford, Yale, UCLA and more.

It is checked every 5 minutes, ensuring reliability is key.

Well, actually, it is automatically checked every second to find the factual inaccuracies, spelling errors, etc.

People have questioned Uncyclopedia for its reliability but they're just haters jealous at fax. These are probably the same people saying that Wikipedia is reliable.

Uncyclopedia has many factually accurate articles. Nowhere else can you see properly created articles with facts and figures that are useful in an article.

For example, look at Nihilism. Go ahead, click on the link. You see how the page was blank? Well now you know everything about Nihilism. Now for a counter-example look at Wikipedia. See all the words on the page there? That is not what Nihilism is about, so we see that Uncyclopedia is far more accurate.

In comparison to Wikipedia, Uncyclopedia is far superior in being factually accurate.

Because of it's reliability Uncyclopedia has been mentioned by numerous newspapers, these include:

Uncyclopedia is completely neutral in it's bias. The NPOV guidelines ensure that Uncyclopedia is at it's best at all times. When an article is found to be lacking in this guideline, everybody works overtime to fix it.

Wikipedia on the other hand does not work on maintaining a point of view.

Uncyclopedia has received criticism in the past for many reasons.

Notable critics of Uncyclopedia include: Anonymous, Slashy, Conspiracy Guy, notable Black rights figure Shaheena and many, many others.

Funny or not funny[edit | edit source]

Some people believe that Uncyclopedia is not funny, or another site is funnier. The easiest way to show this, and to allow me more bias in writing this why is to just check out Praise of Uncyclopedia.

Various people here at Uncyclopedia have decided to collect and archive the hatred directed towards the site in the form of Uncyclopedia is the worst.

As we can see, criticism of Uncyclopedia is rather poor, or based on an argument of ignorance, or appeal to emotion, both logical fallacies so we can say that they don't have any merit, yet the strengths alone show that Uncyclopedia is far superior to other encyclopedia and thus you should start reading. The link below should get you reading quickly.