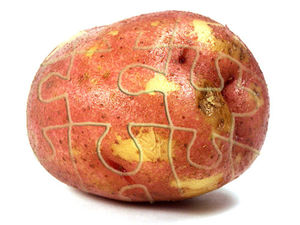 For those without comedic tastes, the self-proclaimed experts at Wikipedia have an article about English Uncyclopedia.

Welcome to the home site of the #1 top 100th used product in helping user such as yourself, learn to write, read and edit coherent and intellectual articles.[1] English Uncyclopedia, not to be confused with English Wikipedia or Simple-English Wikipedia, which was formed some years ago and is much better than its pre-mentioned counterparts. Why? Because unlike Wikipedia, which established the two pre-mentioned separate wikis to cater to both native-english speakers, as well ESL and mentally challenged users, Uncyclopedia decided to simply mesh both classes of users together into one single wiki to create the ultimate learning experience: English Uncyclopedia

Thanks to this decision by the helpful admins, Uncyclopedia shows that is much more fair an unbiased to race, gender, and whatever else is wrong with you, than its Wikipedia counterpart. Now, every user of the internet can join together to write satirical articles that make fun of subjects that deserve to made fun of.

English Uncyclopedia was founded in 2005 as a response to tyrannical rule of the Jimmy Wales and his Wikipedia that was obviously created to brainwash the world with 'history' and 'facts.' Thanks to the efforts of the those who did not wish to be brainwashed, Uncyclopedia has grown and currently spans over 75 languages in wikis. An effort is under way to combine all those languages, so that we can act an a unified force against Wikipedia, into one single language, which just happens to be English.[2] Otherwise, it wouldn't be the "English Uncyclopedia," now would it? So far, the other wikis have yet to comment on the proposal.

The list of positive attributes is almost endless, in fact, we've gotten it to nearly two pages, double-sided! However, to make things easier for you, the reader, we've decided to simply list out the actually important positives and save us you time. 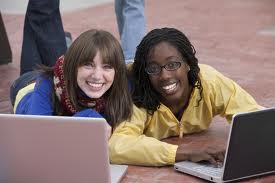 Firstly, English Uncyclopedia is home to many different races and ethnicities. We've got Western European users, Eastern European users, Southern European users, Scandinavian users, Baltic users, North American users, South American users, Caucasian users, Canadians, Jewish users, Christian users, a couple of Muslim users, Russian users, and I'm pretty sure we've got a black person around here somewhere too. The point is, Uncyclopedia is not afraid to have all groups join together and work in harmony writing articles that reek of racism and hate against each other. We must use the internet to join together and insult everyone else who isn't in our circle. Isn't that what that man had that dream about and everything? 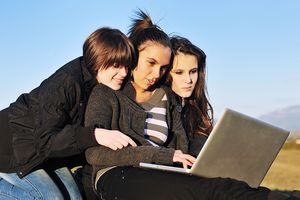 As was said before, Uncyclopedia is also the place to meet and make new friends. Unlike at Wikipedia, where everything is business as usual and the only conversations you have are about whether or not you got around to editing that article about the Iran-Iraq war and remembered to put the second A in the Saadabad Pact link, Uncyclopedia is much more outgoing and fun. Uncyclopedia is like that hot blonde chick you could only fantasize about being with as a partner in your school project, while you end up with the Wikipedia nerd officer who is trying to discuss with you the last episode of NPR's "Wait, wait, don't tell me." Except in this case, you CAN be with that hot blonde chick by simply signing up for Uncyclopedia and becoming a member! Naturally, you won't have a hot blonde pop up next to you after doing so, but have you ever felt the joy of saving an edit you did to fix that one spelling error everyone else didn't care about missed? Looking at your preferences window to see that precious 'number of edits' record go up a notch. Constantly checking your talkpage for the "Thank You" for fixing that dastardly error. Hooo man, you'd need 12 hot blondes to have a greater feeling than that.[3] And better yet, you've made friends in the process! Go ahead, feel free to message anyone and have a nice chat with them. Try Lyrithya if you dare wish and tell her you want to be BFFs with her. She's always a fun spirit. Or go and try telling Frosty he's a pansy. He'll get the playful joke and even when he bans you for it, that's just him being friendly in his own way. Trust us, go ahead and try talking with anyone around here, you're amongst friends. 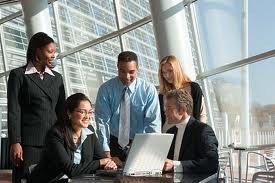 Uncyclopedia also promotes teamwork amongst friends and co-workers, which is a big plus if you just happen to be a big corporate CEO looking for the perfect website to sponsor as a team-building exercise at your company. Did we mention our membership plan is free? How about the fact we kind of have our own servers?

Well anyways, what better way to promote comradeship and cooperation between people than by forcing them to sit down at a computer for 2 hours and write a collab article on some topic of their choice? Not only collaborations, but Uncyclopedia also provides numerous other competitions like a Happy Monkey Competition which has more to do with writing than it does Monkeys, or how about The Article Whisperer which forces you to write articles even on your holiday break. Double whammy there as that also serves as keeping your worker and friends on their feet as there is nothing more enjoyable than writing Uncyclopedia articles during your precious, precious vacation time.

Does Wikipedia have any of that? No, they've only got Collabs. Sooo 2009 Wikipedia, get with the times. 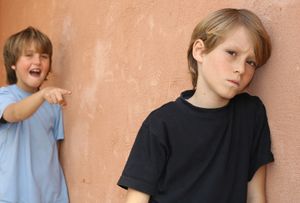 Time to use those 'nice' words Uncyclopedia taught you Jimmy!

Uncyclopedia is also a a great place to teach your kids how to improve their writing style by sending their work over to the Pee Review, while at the same time immersing them into the cold, hard reality that we grown-ups call, life. Wouldn't you much rather your child be introduced to cuss words from some Noob yelling at them online, rather than some Noob yelling at them at school? That way, you'll be able to monitor the cuss word intake of your child and you won't be surprised when your child yells "Fuck!" at you because you didn't cut his cheese and ham sandwich the way he likes. Who knows, he might even teach you, the parents, some new words too. Soon, you and your entire family will be able to battle with each other with an endless list of cuss words, bringing everyone together closer than they've ever been. Isn't that a much more fun expereince than a Thanksgiving dinner?

And so with that concludes your tour of English Uncyclopedia, one the greatest ways for people to learn how to write and sppell correctly. We hope that you enjoyed the tour and the presentation of all the positives awaiting for you to sign on. If you'd like, I can show you where the link is to sign and everythin-What did you say? You're not interested right now? No, no, it's fine, are you sure you don't want to join Uncyclopedia and mingle with all the other friendly members? No?... 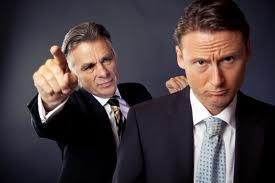 THEN GET THE FUCK OUT.

Don't Let the Door Hit You
Retrieved from "http://en.uncyclopedia.co/w/index.php?title=English_Uncyclopedia&oldid=5885820"
Categories: