From Uncyclopedia, the content-free encyclopedia
< User:Xander
Jump to navigation Jump to search
The Uncyclopedia Movie 2: Incoherent Nonsense at the Edge of Sanity

~ Steven Spielberg on the Uncyclopedia Movie 2

“Yeeeeesss, I'm, like, SOOOOOOO proud of having been involved in this *BEEP* movie!!!”

~ Captain Sarcasm on the Uncyclopedia Movie 2

“After some consideration, I have decided to give this movie an F.”

~ Mr Winkler on the Uncyclopedia Movie 2

Since this movie was directed by Captain Oblivious, it has absolutely no coherent plot whatsoever[8], but it can at best be interpreted as random tidbits of grues, Oscar Wilde quotes, Captain Obvious, Captain Sarcasm, gay-jokes, kitten huffing, All Your Base Are Belong To Us-references, a gigantic cosmic battle across multiply dimensions[9] between the entire Jesii Corps against the Green Lantern Corps (!!!), Wikipedia vandals, ban jokes, unusually vivid conspiracy theories featuring, amongst others, Emmanuel Goldstein and the CABAL, and lots and lots of squirrels (even more than in the previous movie), thrown into a mixer and then edited randomly into a completely nonsensical script that even Captain Oblivious himself has difficulties to follow. The film was originally intended to be directed by George Lucas, but he turned to the Dark Side early and left the film studio with an angry expression on his face (and seriously, who can blame him?). Even if the plot is completely incomprehensible, we will nonetheless try to give a try to explain it:

The Uncyclopedia Movie 2: Incoherent Nonsense at the Edge of Sanity is about a bunch of disillusioned former Wikipedia editors who have turned to the Dark Side. They immediately come under attack by specially trained grues and a brainwashed Green Lantern Corps[10] sent by CATS to restore Truth to the Wikipedia Universe[11]. They are defeated by the a joint effort between Jack Bauer, Chuck Norris, Vin Diesel, Mr. T, Samuel L. Jackson, Leonidas and the entire Jesii Corps, who travels back in time to the era of the dinosaurs to the save the Uncyclopedians and then accidentally brings back (or forward, depending on how you see it) a thousand T-rex's (what else did you expect?) with them to the modern age, a situation that of course needs to be rectified. Then the Thought Police come but Emmanuel Goldstein shows up and... (oh fuck, this is so embarrassing that I can't even go on, who would seriously watch this pile of dog turd anyway?!)

As is per custom for modern action movies, the plot had to be nauseatingly convoluted, in the hopes that it would cover up the fact that the script is really just incredibly stupid (this has become more common with the success of the Pirates of the Caribbean sequels.) Oscar Wilde used this trick before in the writing of many of his poems.

This shows a great contrast from the first Uncyclopedia film, which was rather like a boring historical documentary on the life of Oscar Wilde starring Samuel L. Jackson. OH and chunk Norris will come out and FIRE HIS LAZER!!!!!!

The Best Dialogue in the Film[edit]

Listen carefully, as they explain the meaning of Life in this scene.

Note: Please ignore the people at the bottom.

Critics about The Uncyclopedia Movie 2[edit] 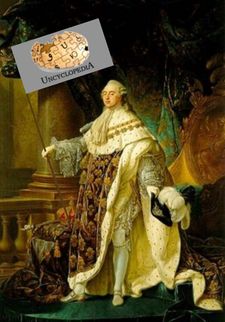 “Hey! They haven't and we couldn't even finish the first movie yet!”

~ Captain Understatement on The Uncyclopedia Movie 2

~ Zaphod Beeblebrox on The Uncyclopedia Movie 2

~ Shrek on The Uncyclopedia Movie 2

“I got cramp im my wrist after watching it!”

~ Oscar Wilde on The Uncyclopedia Movie 2

~ God on The Uncyclopedia Movie 2

~ Homsar on The Uncyclopedia Movie 2

~ Hello Kitty on The Uncyclopedia Movie 2

~ Uwe Boll after viewing the film

~ Goa Tse Clan on This movie

None, since even the hardened Golden Raspberry Awards-jury immediately crawled under their beds in horror as soon as they were reminded of the living blasphemy that is the first Uncyclopedia Movie.

Recently, hollywood rumors have surfaced that Peter Jackson is going to film The Uncyclopedia Movie 3: Steve Ballmer's Revenge in New Zealand. It is rumored that Christopher Walken will be involved, but all rumors have been denied by the Christopher Walken Palace in Silicon Valley. Like all film series, the fourth movie after it will most definitely be set in deep space, about two hundred years into the future, be directed by Paul W. S. Anderson and will be loosely inspired by the works of H. P. Lovecraft. There have been rumours that in future sequals the creators will try to get carmine to reprise his role from the first movie.

“In Soviet Russia, The Uncyclopedia Movie 2 watches YOU!!”

~ Russian reversal on The Uncyclopedia Movie 2