THIS SHIT IS SO FUCKING STUPID THE CREATOR OF THIS MUST HAVE BEEN DROPPED ON HIS HEAD, HIT WITH A BRICK AND LOST HIS VIRGINITY TO A GAY GUY WHEN HE WAS 6 YEARS OLD! HE MAKES OSAMA BIN LADIN AND MITZI SEEM LIKE COOL PEOPLE BITCH

your whole site is rude. here's some words to describe your site

I should point out that that site also lists Falling Sand Game, which is the most awesome thing ever on the internet. Sir Modusoperandi Boinc! 20:27, December 28, 2009 (UTC)

Not once have I had a single laugh from this child-friendly, unfunny website. How old are you guys? 9? 10?

To the rest of the world you're just some nerds trying too hard at net-fame.

"The truth is usually funnier than nonsense. The funniest pages are those closest to the truth... Perhaps two-thirds of the articles are random nonsense. Little to nothing distinguishes them. Patent nonsense can be hilarious, it may get a laugh the first time, but it quickly gets dull."
This comes from our own writing guide. Congratulations, by recognising this fact you have completed the first step to being a good Uncyclopedian. The second step is thinking to yourself "I can do better than this". The third step is an elaborate initiation ceremony involving paddles and a naked midnight run through the woods. -- 15Mickey20 (talk to Mickey)  18:14, 13 February 2009 (UTC)

"absolutely no coverage on relevant subjects of today make my brain cringe". Yea, why don't we have an entire project dedicated to current events or something. MrN

This is a view that has sparked a substantial shift for the site from being a satirical site to redirecting its resources into pathetic racial slurs and Nazis, Gay jokes or references and preferably with a little Chuck Norris for good measure. This is compounded by the need for articles that appease a "softer consensus."

The removed edit above speaks so truely, but it seems Uncyclopedia admins are overprotective of gay people to repeatedly delete many of those real funny gay jokes or references. I don't hate nor dislike gays, gay people or homosexuals alike (included are Lesbians), but are we trying to be funny and controversial, but "funtroversial"? That should be a new internet meme I came up with just now, just like I came up with the term "funteresting".

I don't think I've ever come to this page, and I came today expecting some terrible meme-ridden mess. But this is fantastic. I know you wrote this a while back, but this is a belated, awesome job. Seriously. Woody On Fire!

Comedy, like cooking, suffers from diminishing returns. The more people that edit an article, the less funny it becomes. The best articles on Uncyclopedia are those which are largely written by one, occasionally a very few, very funny editors. The rest of it is just terminally, eye-rollingly, head-bashingly unfunny. The internet is less funny simply due to the existence of the Uncyclopedia. This entire website could be obliterated but for maybe 20 or so genuinely funny bits. There should be a benchmark one has to pass before editing. A funny IQ. – Preceding unsigned comment added by 24.130.51.254 (talk • contribs)

You are editing the wrong article. Try UN:W. MrN

21:07, 4 July 2009 (UTC)
I agree with a lot of what you say, but if people aren't allowed to have fun, why would anybody even write anything on this website? —Sir Socky

24.130.51.254 makes some interesting points. I am pretty sure that once the current crew grow tired or grow or grow old , Uncyclopedia will become an abandoned house full of vandalism until BB Wikia delete it. In the meantime 24.130.51.254 you should try your hand at writing here . This is after a forum for all , some or no talents but everyone can at least equally succeed or fail. So come off the wall, fence, spike or what ever you sitting on and join in . And you can work away all by yourself if you so chose or contribute a joke/idea in other articles you like..that way , who knows what will happen ? You may discover your Muse here...or not..but at least you had tried...--

The current version of ths page[edit]

Editing Ataturk page in Turkish Uncyclopedia (Yansiklopedi) is forbidden for all users. What can we do?

This site is officially the anus of the internet. And I thought Omegle was idiotic...damn.

Hope you brought heaps of scented toilet paper then. It's gonna get sticky. ~

And, much like any other anus, it generally produces shit but every one in a while is hilarious. Especially after fourteen pints of Guinness and a vindaloo. Rabbi Techno

However, poo is incredibly useful in the compost, and collecting it can be therapeutic. (ChickenWeeklyNews,December 25,1949)

Put in a section of the page called "Humor of Uncyclopedia." Don't make it flattering, even if this wiki does have a comedic genius or two. I suggest we describe the wiki's humor as "An online Mad Magazine with a dash of Jon Stewart." – Preceding unsigned comment added by Thatblondguy (talk • contribs)

Well how do I edit a page that doesn't have a tab that says "edit"? Now I feel silly and slightly self-conscious. – Preceding unsigned comment added by Thatblondguy (talk • contribs)

Firstly sig your posts on talk pages with~~~~ Then wait 4 days from when you registered your account. Then you will be able to edit this page, and others like it... MrN

Why pick on Irish men?[edit]

Uncyclopedia needs more Mexican stuff. I myself had to create the burritos page, not really, and f##k you.

I don't have an account on this wiki, but I just had a small idea I'm hoping one of you could add, 'cause I'm not gonna make an account just for this little thing. Maybe later on, but not now. Anyway, I had an idea for a quote at the top of the page:

"Uncyclopedia is [awesome and totally not] retarded." -[Anybody you Think would fit this quote]

They're not really the focus of the site and more than likely someone will just end up removing it at some point. Usually a quote/s is/are preferably added by the author of the entire article - not someone who came by, which understandably might be viewed as a bit off for someone who has put a lot of effort into a piece of work. The best thing is to write an article or try and collaborate with another writer to make something really cool. You'll need an account, some English skills and a sense of humour... Do you accept the challenge?:)--Sycamore (Talk) 20:41, June 8, 2011 (UTC)

Having an account is better for writing articles... I always start mine in my userspace meaning I can finish them - like this one User:Sycamore/Arvo Pärt, which would be huffed now, but might get good over time. If at first you don't succeed try, try again...--Sycamore (Talk) 20:54, June 9, 2011 (UTC)

Yeah, and then some of us could help with suggestions and mentor your sweet ass, and others will toss garbage at you hoping you will go away. But overall it's a pretty fun learning curve. And if you go this route, pick a name you wouldn't mind keeping and being proud of. Unlike user: I wank off on my mum's stomach Aleister 21:10 9-6-'11

Uncyclopedia Is A Huge Punch In The Balls[edit]

I am sorry to say this but I will be taking an unofficial leave of absence from Uncyclopedia. I will stop editing for good health, and I will start when I am finished writing this post. My return will be March 20, 2012, but until then,

Hey Spike the changes you made just were not at all right, I mean mentioning more Uncyclopedians directly and adding lists is hardly an improvement. Also some of the references just seemed totally out of place and unfunny.--Sycamore (Talk) 17:52, May 28, 2012 (UTC)

A total revert of my work was not warranted. Structuring two alternatives as a list is hardly listcruft. Chronarion was already mentioned; I added him a second time, then thought it would be better to mix it up. Either name is essentially a placeholder, an owner of a throw-away quote, and it isn't necessary to name any specific Uncyclopedians.

However, my version--after the first section, "History"--had the point of mentioning actual aspects of Uncyclopedia as though giving a course in business, and with reference to actual businesses that have failed or are failing. Forgive me for saying it, but the prior editing used every meme in the book to claim to be discussing Uncyclopedia without relating to it in the least. Humor about something is better, in my opinion, than humor disconnected from anything.

PS--Perhaps better to be blunt about it. You focus on two specific but utterly incidental parts of my edit, but your thesis is the serious but vague charge that it is "just...not at all right....just...totally out of place...." When you then offer collaboration (by increment from your version), I take it the real problem is that I hadn't noticed you in the History and asked your permission first. The prior version had evolved into memecruft and that is why someone took it to VFD in the first place.

No. Please ignore all of the above. I don't like your article concept, and think my article concept is worth trying; but my last edit didn't take it there but took it right down the middle. In fact, this now calls for another article focusing entirely on the corporate analogy. I will take my beach towel and move down the shore. Meanwhile, Cat the Colourful, if you would like drama, it would be more appropriate for you to dip some girl's pigtails in an inkwell instead. Spıke ¬ 20:54 28-May-12

Perhaps you simply want to write an article about Uncyclopedia as a corporate analogy and not about Uncyclopedia as it is and importantly as it was? Your idea sounds good and your working on it now... There is an unhealthy desire from contributors to be less stewards of the grand narrative of Uncyclopedia and more (quite troublingly) "Editor in Chief". This is whereby there's a desire to kill off humour that appeals to a certain branch and to as it were, narrow the food chain of our contributions. The fact is that Oscar Wilde, quotes, memes, templasexualism and so forth were defining aspects of this site until 2008/9 and since while they have remained present, have been diminishing... as have the readership and problematically actual contributors = Not people who sing along in VFD, ya know, people who write articles and contribute.

I think this articles concept based around the history of the site and done through the faux-history of the memes and tell-tale dramas notable pages is something that celebrates the site for what it essentially is – a joke site of silly stuff, not a highbrow social commentary site – such elements thrive here on the basis of readership, participation and the good will of the less gifted. No re-write pleases everybody, but this one, in a less updated state did well on VFH, has had a few complements and the dislike seems largely confined to small number who simply wish to, in a Frank Sinatra idiom, do it their way.--Sycamore (Talk) 10:59, May 29, 2012 (UTC)

Spike... You did understand I was joking about the fighting? Of course I don't want drama, drama is unnecessary and drama needs to be DESTROYED. And I don't want drama. But this article is really good, if I say that, I don't believe I caused any drama? If I did, please forgive me, that wasn't what I meant. And I'm aware of girls anyway... They'll kill me... OMG!!! It`s Cat the Colourful, Jesus Christ!!! 05:12 30 May 2012 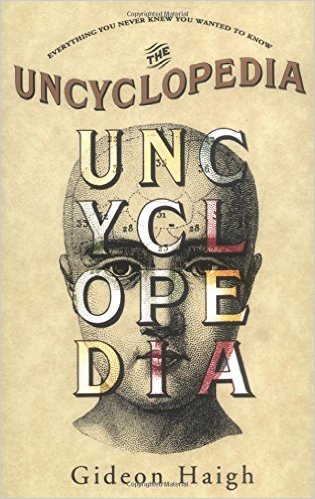 Fuck Wikipedia. Your website was here first. In fact, this website was created and published in 1997. That's 4 years BEFORE Wikipedia the shit site was thought of. Your website is the greatest. I like the humor on most pages, especially the humor from the Isaac the Tank Engine page.