I,myself,am ten and I think the majority of you need to understand that this is internet,r-tard (just like any other meme,such as Mudkipz) meme-ing.(Ok enough wordplay :3)Have any of you seen /b/ or some of the other retarded pages here on "teh interwebz" ?This place is a living shithole!Let this page live.

Ok, yes, I admit, this is a funny little "article". But us so-called stupid 12 year olds will not know the difference from a fake and a real article. Also notice that 12 year olds are much more book smart than you "adults".

n ur gramr is ttly perfekt!

I honestly don't think the article is stupid in any way. I know it's an offense to younger-aged internet users, but you know, the internet isen't perfect. It's a wide, wide world out there, you know. You'll encounter really strange people, like the people on Uncyclopedia! Ofcourse they're weird in a good way, their articles are hilarious. Just realize that people on the internet are actually much different than in real life. These so-called "F_gs" and "Mother _u__er_s" aren't really those... they just seem like it. Don't judge people on the internet.

I am twelve years old and I approve of this message. ~Someone

Should I nominate this for VFD? It is a pile of crap. – Preceding unsigned comment added by Polziper (talk • contribs)

Yes. Somewhere along the line, the article must have been crapified, because I seem to remember it being less crappy. Could be my dementia kicking in again, though. Anyway, the most important thing to do is clean up those fugly templates. Then, change those goddamn lists into something that does not provoke eye-gouging. Like maybe something funny. After that, make some jokes that actually relate to 12 year olds in some way. Go insane, unclog your bathroom drain, calculate financial gain, looks like rain, and finish up by rewriting the article so it doesn't induce so much pain. God, I hate rhymes. --The Acceptable

I do think this article should be deleted. It's just... a series of trying to be funny, so it's stupid. It's really pointless, and just doesn't fit with the Uncyclopedia. I think it should be up for deletion. Cheddar Cheesia 20:57, 26 January 2007 (UTC)

This article is full of crap. Although that is what uncyclopedia is about, isn't it? At least change the name. And by the way, too many generalizations, deoxyribonucleic acid means DNA. – Preceding unsigned comment added by Paper warrior (talk • contribs)

Damn generalization of 12 year olds. By visiting my userpage, you will find out that I'm 12. And I am NOT invading the internet. It's still hilar10u5 though. -- 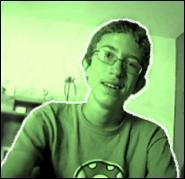 Hahahaha! You teh gay!

Just cause you think you know everything about twelve year olds your probabey some 80 year old guy who lives with his mom and rapes little kids in his basement. 12 year olds, like me, are probabley way smarter than you and I hope you know we dont act like that. You were once 12 so basically you are making fun of a part of you! and NOOB is such an old word, no one uses it anymore!!

That still leaves us to wonder why your post is full of spelling errors. —Sir Socky

I'm sure someone has used the word "noob" here in the past year.

I first started using the internet when I was twelve, and I found this article funny! I DID have really ood grammar, but that's beside the point, as I was a n00b in my own way too; I took everything WAY too seriously, and I had no idea how to type "you're" instead of "your".

I guess the point of this post is really to lighten up, all of you twelve year olds.

i TOTALLY LOVES THIS ARTICAL[edit]

to all of you who say this article is stupid, FUCK you suck my dick. all of this is true any 12 year old you meet over the internet is like this. this reminds me of the story of the grasshopper and the octopus. it goes something like this:

the grasshopper spented all his times saving up nuts for the winter, but the octopus just mooched off his girlfriend and watched TV the whole time. and when winter came, the grasshopper died and the octopus ate all of his nuts, also he got a race car.

Let's just say that all teenagers are not allowed on the internet.– Preceding unsigned comment added by Volupte (talk • contribs)

Great job on the internet map[edit]

YOU CAN'T HANDLE THE FUCKING TRUTH. 12 year olds are in so much denial about how they act, which just makes this article even better. If not every 12 year old is like this, then at least 90% of them are. Don't worry, you'll know what I'm talking about when you turn 13 and you're way coolar than any lame 12 year old. Now, go back to taking pictures of your with a sideways peace sign in the mirror. – Preceding unsigned comment added by GrapeSoda (talk • contribs)

You 12 year olds boys really think you are all cool just because you got so-called "girlfriends" and think you know all about life and the meaning of sex. You don't know shit about anything. You are still dependent on mommy to take care of you. You all won't survive the streets one day all by yourselves if you think life is easy. Life is easy for you because mommy and dada is making it easier for you since they are the ones taking care of your sorry asses. That's all I got to say. – Preceding unsigned comment added by 204.126.64.254 (talk • contribs)

Yes, I am 12, and that does not automatically make me an "r-tard". If I were you, I would just ignore kids on the internet. The fact that you actually stooped so low as to write this highly illogical article proves that you are even more immature then most twelve year olds. You were 12 once, too. Let me guess, you wrote this article the day you turned 13. And to twelve year olds on the internet, stop with the internet lingo and invalid statements, they will make more stereotyping, such as this arise. – Preceding unsigned comment added by 96.244.46.3 (talk • contribs)

Child, you sound like an intelligent 12 year old. I was once an intelligent 12 year old too. I was also bullied by 12 year olds, in fact I was bullied from 2nd through 6th grade. There is a lot still to learn at age 12, even if you are intelligent. Things like learning how to let insults roll off your back, deciding whose opinion you choose to listen to, and learning how to get along with others. I didn't write the article, but I do maintain it from time to time. Uncyclopedia is a humor site, and humor is not always logical. If you can see what is illogical about it, you can learn to see the humor in it. Being 12 does not last forever, though when you are younger, a year lasts much longer than it does when you are say, 40 years old. Being 12 should be about learning and growing. There are many stereotypical articles on this site, but that does not mean we delete them all. I would encourage you to check out the reasons that this article was kept by searching the VFD archives. -- Simsilikesims(♀UN) Talk here. 23:04, November 3, 2010 (UTC)

Them 12 year old boys think just because they dress all nice, have an iPod Touch, and think they all tough, they can get a chick. I've told this to my 11 year old brother that there no such thing as real love among children because the girl just uses you to gain popularity and once she has enough popularity, she dumps you for another more popular boy. It's a vicious cycle folks and 12 year olds.

A 12 year old with some common sense, must of really had his or her ass whooped daily by his or her parents to be set straight[edit]

Hi I don't know how to start a new title so I'm just using this one. To all those people look I'm 12 and I'm not as offended as all of you are try not to think of them describing you try and think of them as describing the annoying people in school or something because that article really does actually describe this annoying kid who says retarded things like Steve the pirate and retarded shaker maker. Yes I agree to the above post I mean why even get a gf we can't even have sex yet and I bet your parents would be mad if they found out that you were dating. You all have other problems to worry about and yes it is just our parents making life easy because if you think about it you have to pay for all the bills and everything. Money doesn't just appear so you'll have to get a job that pays well and for that you need good education which I don't think the person above has. So quit it with girlfriends and you'll survive.

This article generalizes the wrong stereotype.[edit]

The problem is kids in general invading the Internet. 5-8 year olds? Since when could those tykes even figure out how in the hell to type? And 16 year olds not getting laid? Whuh? It makes teh Jesus happy! My point is, what are you requesting? Yeah, that's it! Are you a 12 year old in disguise? The lamestream media would believe me to say so.--

To all of you wondering, this article was written by a bunch of dung-eating, mangy monkeys that live on fleas and marijuana.[edit]

Not me. I hate wrong grammar, program games, design cars and started learning English when i was six. In four days i'll be thirteen and then your totally stereotypical article containing nothing but examples of self-criticism (didn't think of that huh, you n00b!)

I'm not saying i'm such a good guy, with good school grades and lots of patience, actually i'm sort of hyperactive; but i think you quite sound like a retarded ass when talking like "A FUCKIGN CUNT".

Why don't these kids keep in mind that your English teacher also may have a YouTube account - and sometimes reads your comments - as if that will 'spawn' higher grades!

Think of it, and don't talk to other people like that if you speak any normal language with people YOU ACTUALLY KNOW. Greetings, AgentSufkop (or Sufkop or Ronley Bowler (which isn't my real name, muhahaha!!!))

This is a joke article. In fact a 12-year old won Noob of the Month and Potatochopper of the Month here not too long ago. Take those beans to school and put them in your desk. Aleister 3:25 15-5-'12

God some are so retarded!![edit]