From Uncyclopedia, the content-free encyclopedia
(Redirected from Marshall Applewhite)
Jump to navigation Jump to search 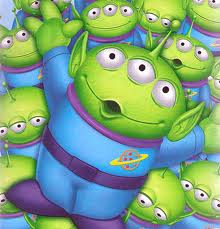 Heaven's Gate, for one, welcomed our new alien overlords.
“Planet Earth is about to be recycled, wiped clean, renewed, refurbished and rejuvenated.”

~ Marshall Applewhite on the obvious

“Your only chance to survive is to leave with us.”

~ Marshall Applewhite on why you're still alive and he's not

Heaven's Gate was a cult composed of average and down-to-earth individuals who believed that in order to save themselves from an impending doomsday, they had to catch the next comet and get the Hell out of Dodge. In order to reach their ultimate goal and join the ETs that were undoubtedly patrolling in the vicinity of the Comet Hale-Bopp, they had come to the conclusion a mass suicide was in order. The 39 brainwashed members succeeded with flying colors in the self-actualization department. The leaders of this fine organization went by the names Marshall Applewhite and Bonnie Nettles. Their logic and scientific rigor were held in high regards within the scholarly community.

In the 70s, after suffering a stroke brought upon by frantically chasing imaginary little Green Men around, Applewhite met Bonnie Nettles, his nurse. Between 2 morphine shots, he managed to convince her that he just had a little chat with God. The Supreme Being allegedly told him that the very matter from which he was made was somehow related to Jesus. Their tale was to be one of the most bizarre cases of cultism ever told. They roamed the USA Bonnie-and-Clyde-style, feasting on credulous souls by boasting that they were in constant contact with Captain Spock. Applewhite claimed that he was an "Evolutionary Kingdom Level Above Human." Nothing less.

Probably knowing all along that the cult would end in a bloodbath, they declared to anyone willing to listen that Nettles and himself were immortal. That beautiful talk was somewhat derailed when Nettles betrayed Applewhite by dying from cancer in 1985. The poor White Apple had to back-pedal faster than Lance Armstrong on horse steroids. He quickly switched to damage control by asserting that Nettles told him she would go first to meet with the aliens and pave the way for the members' passage to the extraterrestrial realm. All of this made sense so nobody questioned anything.

In an incredible case of devotion to chastity, 7 members of Heaven's Gate including Brown Apple willingly underwent surgical castration in Mexico. It is rumored that their balls, conserved in white vinegar, now retail on E-Bay for $5,000 apiece. The luckiest bidders can acquire a pair for a mere $9,000, nutsack included! It is indeed a nice souvenir and will add a touch of elegance when displayed above the fireplace.

Heed the words of wisdom, Earthling!

Applewhite educates you. Better when stoned. Spare 35 seconds of your life and start at 0:35 to receive the truth in all its glory. But you're going to die anyway as you'll see, so why bother?
DISCLAIMER: Uncyclopedia is not responsible for damage to your psyche induced by this video. 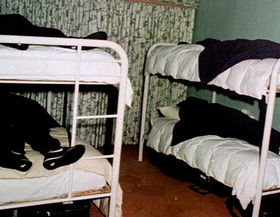 These people are not dead: they are actually coasting at lightning speed across the Universe aboard the Enterprise.

Following the purchase of alien abduction insurance for the small, small price of $10 000, the group had a change of heart in 1997. After clearing their thoughts with a 30-day meth and LSD binge, they held a reunion of utmost importance. In an emotional and solemn moment, Applewhite stood up, fell down (breaking his crack pipe), then stood up again. There was a chill in the air when he finally uttered the words:

"The Time has come, my brethren. Time for the departure. Time to leave our Terrestrial Envelopes behind. I received yesterday a brainwave message from Intergalactic Army First Colonel Blabebibeblo O'dildo:

A deafening silence ensued. The moment was grave indeed. Applewhite slowly walked around. He paused, eyebrows heavily frowned, bearing the weight of the statement. He then made eye contact with each individual member before saying to his mesmerized audience: "It roughly translates to:

“Pack your crap and get the hell out of there. We're in the spacecraft following the comet. Commit suicide to join us. Did the Lakers win yesterday? Awaiting answer.”

That was all that needed to be said. Applewhite turned on ESPN while his acolytes prepared the Kool-Aid.

Just do it!
“ Life is just a ride. We never know when we are gonna get off the rollercoaster.”

In March 1997, police officers from the San Diego Force discovered the cultists' discarded Terrestrial Envelopes including the one formerly inhabited by Applewhite. All 39 bodies showed no signs of violence whatsoever and were dressed in exactly the same fashion: black shirt and pants, and a brand new pair of Nike Windrunners bought for $89. The story doesn't say if Nike refunded the money to surviving family members for all the great worldwide primetime publicity they received.

The autopsies revealed that the members had ingested a healthy cocktail quite similar to the denizens of Jonestown; a mix of cyanide, arsenic, Canadian maple syrup, and purple-26 was found in their systems. The pathologists concluded that the cause of death was the clogging of the arteries brought upon by the maple syrup.

Each Heaven's Gater also had on him or her their driving license. Little did they know that their license's class did not permit them to operate spacecrafts. The penalty delivered by the Intergalactic Police for operating a plasma-propelled vehicle without proper licensing is pretty stiff: 30 days of continuous and utterly boring orbiting around Krypton.

To his credit, Applewhite departed along with the other members, leading this unbiased observer to realize that he really did believe the insanity he professed. He left behind 2 daughters, Boledebibop-Odi and Hale-Bopptrebamblu, and a son, Jason. Rebellious children they are, they have stated no intent on joining their father in the depths of space any time soon. 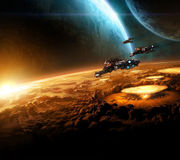 As of November 2014, there are no news from the Intergalactic Army First Colonel Blabebibeblo O'dildo; the same goes for the 39 souls who gave their lives for what they believed was right. Who knows; maybe they are coasting at supersonic speeds on a sea of stars.

For those who want to venture deeper into insanity, Heaven's Gate website is still on. If you wish to join, the next comet is approaching, but be quick! This is a once-in-a-lifetime offer.

For those without comedic tastes, the so-called experts at Wikipedia have an article about Heaven's Gate (religious group).

Featured Article  (read another featured article)
Featured version: 7 May 2011
This article has been featured on the front page. — You can nominate your favourite articles at Uncyclopedia:VFH.