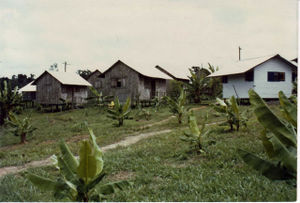 Jonestown was a large carnival located in South America from 1968 to 1983 that proclaimed itself to be "the happiest place on Earth." When the party reached the carnival in 1983, the place was converted into a concentration camp and changed its slogan to "the happiest place on Earth if you're not in the Cult." In 1987, the carnival was renamed to Hotel Rwanda, which was immortalized in the movie of the same name.

Inhabitants of Jonestown were sovereign to their god, the Kool-Aid Man. When he figured out they were drinking flavor aide and not Kool-Aid, they were ordered by the Big K himself to add cyanide and tears from the Hamburglar to kill themselves in a mass suicide,believing they would be rewarded with 63 virgin quarts of Kool-Aid out of the Kool-Aid Man himself. When the Inhibitants of Jonestown performed this act, there was said to be an "OH YEAH!" that was heard round the world,shaking the earth and causing all children under the age of fourteen to become refreshed. Would you like some Kool-Aid?

James Warren "Jim" Jones (1931 – 1983) created the People's Temple in 1950 in Urkel, California. He promised members that if they joined, he would lead them to salvation and keep them safe from conscription during the Korean War. Over the next two decades, the cult would reach a peak population of 14,000 followers. In 1963, President John F. Kennedy paid a visit to a Dallas branch of the cult and was shortly killed by a crazed woman with a meat cleaver. From this point on, People's Temple was considered a terrorist organization by the FBI and members where arrested and prosecuted with conspiracy-related crimes.

Throughout the years, Jim Jones was able to elude the police. In 1968, he told his remaining cult members, a group of approximately 500 members at the time, that he had acquired a portion of land in Guyana where they would "be free from persecution, living in a tropical paradise." The members emigrated to the land, named Jonestown, but found it to be far from a paradise. The adults were forced to work as employees and the kids dressed up as animals at the carnival. Not caring about his followers complaints, Jones made over $400 off the local visitors each year.

On November 18, 1983, Jones laced his followers Kibbles'n Bits with cyanide. All but 14 of the groups 893 followers died that night, including Jones. The remaining fourteen tried hard to retain the land as their own, but were forced to sell it for food money the following month. A local group of Hutus bought the land and, shortly after being the plot, murdered the fourteen remaining cult members. Many residents of the area claim that at night, the screams of those fourteen people can be heard as they had when they pleaded for their lives of twenty years ago.

On June 24, 1984, the group of Hutus that had bought the carnival renamed it Hututown and converting the entire place into a concentration camp. Over the course of the next four years, approximately 190,000 Tutsis would be killed and another 37,000 were housed in Hututown, but survived. The League of Women Voters eventually liberated the place on February 11, 1987. The property was claimed by a former Tutsi prisoner and was turned into Hotel Rwanda. The Apartheid once again returned to the area of 1991, as shown in the film Hotel Rwanda. 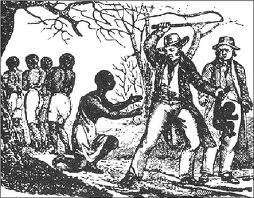 An artist depiction of "The happiest place on Earth".

The carnival contained the only one ride. The ride, verified by Guinness, was the world's longest line ride. Unfortunately, the ride had to be shut down in 1984 because an average of fifteen people were injured on it a day, bringing a long line of lawsuits. Many believe that the shutting down of the ride destroyed the park's revenue, causing the mass homicide.

The line ride was converted into a death march by the Hutus by placing rusty nails all over the ground. On an average day, 17,000 Tutsis were forced onto the ride. Within three days, 90% of those who went on the ride would die of tetanus. The petting house was used as a mass grave for the dead. Almost as an act of spite by God, the area that was the petting zoo is now a very fertile garden in front of the Hotel Rwanda lobby.

After the League of Women Voters liberated the camp with the power of their incessant nagging and gossiping, a former Tutsi prisoner claimed the site as his own. He began construction a hotel on the site out of cardboard boxes and mud. The Best Western motel chain offered to buy the hotel in 1989, but the owner refused because only years before it was discovered that many of the motel managers videotaped men having sex in their rooms with hookers. The managers then sold the tapes to the wives of the men. The owner knew that would wreck his business since all his business was from hookers and their customers.

By 1991, the League of Women Voters had left the area and the Apartheid once again drew near the land. The owner of the hotel, since named Hotel Rwanda, maintained his hotel as a sanctuary for people of all races against genocide. For a more in-depth explanation with some gun fights, watch the movie.

Jonestown had several other nicknames: