From Uncyclopedia, the content-free encyclopedia
(Redirected from Paradise)
Jump to navigation Jump to search

Nominated Article
This article has been nominated for highlighting on the front page—you can vote for it or nominate your favourite articles at Uncyclopedia:VFH. Please see this article's entry.

Heavenland is a place most people wish to go someday. Although no picture, phone call, or even written correspondence has ever been received from the citizens of Heavenland, many believe they know its location and think everyone else is just not "looking in their hearts".

Heavenland is a combination of a sovereign country and a theme park, the second attempt in history (Disney being the first). It is family established, owned by God and managed by his son, Jesus.

The true date for the founding of Heavenland is unknown but it is believed to have occurred very shortly after the creation of the Universe some six thousand years ago. 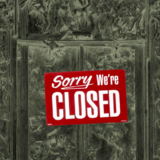 The Gates of EuroLimbo since 2006 (reopening soon as a Starbucks)

Heavenland's opening ceremonies were held very peacefully between a few lucky selected few, but it quickly begun gaining traction and more visitors as the word started spreading. The success of its opening week inspired the launch of other very similar but distinct parks, the most notable of these being the EuroLimbo and the Purgatory Gardens. Neither of these parks shared the same success (EuroLimbo was forced to close in 2006 due to lack of support by its founders). Many other parks were founded throughout the world by different deities but Heavenland has remained the most popular of these in the western world.

Admittance to the park is somewhat difficult to gain and opinions vary greatly on how exactly it is done. Christians Some believe that the only way to gain the very coveted entry tickets is by toadying to the owner and manager. Jewish One rumor supposes that it involves mutilation of the male reproductive organ(s).

Around 400 A.D., the notorious ticket scalper and shady businessman Muhammad Ali advertised a special limited time offer of tickets to Heavenland for anyone willing to sacrifice their lives in the Holy War (restrictions apply. See the Desirable Kill-to-Death ratios segment in the Holy Book for details). In addition to the free entry all contestants were promised 72 lovely tour guide ladies for private sightseeing tours around the park and a large cone of strawberry-flavored cotton candy. It is, however, unknown whether or not Muhammad's tickets were valid or a yet another counterfeit scam.

Heavenland is home to many rides and shows, some of the most notable ones being The Bible Belt, 20,000 Leagues Over Inferno, and Apocalypse Mountain (still under construction, expected to be finished for next tourist season).

Though many of the rides are considered unsafe and even downright lethal by OSHA regulations, the park has never been brought into investigation since the citizens of Heavenland are all immortal and therefore not viable to sue for damages.

Many rides are susceptible to collapse due to the fact that they are made out of pure gold, a metal too soft to handle even its own weight. Many rides tumble due to lack of support over centuries as different attractions are simply built up over the old ones.

For those without comedic tastes, the so-called experts at Wikipedia have an article about ... OMG.

Heavenland is bordered by two other uncharted territories, Doom and More Doom. Though these neighbors have remained relatively silent, citizens of Heavenland scorn any visitors from the outer lands (of which none have been seen so far in history).

Heavenland's biggest contender is Inferno Studios, which opened its doors some two thousand years ago. Inferno Studios has held a higher patronage rate than Heavenland due to its relatively lax admittance policies.

Some New Age scholars claim that Heavenland is now affiliated with the popular Asian theme park KarmaWorld, but conservative scholars believe this is mere preposterous slander that goes against all the morals and values of Heavenland, and that all the employed South-Asian staff in Heavenland are actually very well paid and fed twice a day.