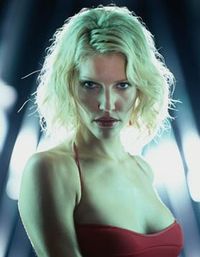 Congresswoman "Ileana" Ross Lehtinen.
“I welcome the opportunity of having anyone assassinate Fidel Castor and any leader who is oppressing the people.”

"Ileana" Ross Lehtinen (also known as "Ileana" Ross) is a Cuban illegal immigrant living in the United States which won a Congressional seat after a sex-change operation. It currently lives with Its son "Rodrigo" Amanda Lehtinen and Its husband Dexter.

Its best friend is David Coulter.

For those obsessed with so-called-experts, Wikipedia has an article about: "Ileana" Ross Lehtinen.

Ross Lehtinen was born on July 15, 1952 in Guantanamo Bay, Cuba to businessman and terrorist Enrique Lehtinen and his wife and sister Amanda Lehtinen. According to Its own account, Lehtinen sprung from the ocean, like the goddess Aphrodite, after sea foam was created by her father and mother while making love in the sea during sunset.

Official documents from Wikileaks reveal otherwise. According to the leaked cables, Lehtinen was conceived after her parents were forced to have sex by the soldiers stationed in Guantanamo. It further reveals that the embryo that would become Lehtinen was aborted and was dumped in the ocean along with the semen produced by the soldiers who masturbated while Its parents had intercourse. The resulting foam became a crude mixture that created a male baby. Its parents took the baby boy like it was their own and named it Ross.

Being the only child in the prison, Lehtinen was lonely. It yearned for love and affection and the only one that could give that to It, besides Its parents, was a soldier named Dick. Dick made Lehtinen's life in the Guantanamo change from a hell-hole to a living paradise. Because of this, Lehtinen would do anything It could to be with Dick. This was mostly during the afternoons or whenever soldiers were bored. But their friendship did not last. Dick returned to the United States while Lehtinen was deported to Cuba. 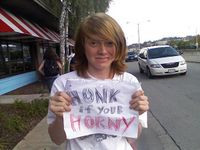 Ross Lehtinen during its boyhood in Miami.

Lehtinen's boyhood in Cuba was relatively uneventful, with the possible exception of pickpocketing Fidel Castor during a photo op in a slum in Havana. At age 10, after some contemplation, It decided to go to the United States to find Dick. On Its tenth birthday, July 15, 1962, Lehtinen swam from Havana to Miami non-stop becoming the first sentient being to do so. Upon reaching the shores of America, It was thought to have licked the cement sidewalk in order to taste the essence of Dick, only to find out that not everything in America tasted like him.

Lehtinen soon realized that It was broke and needed money to find Dick. It decided to work in a sweat shop after a local told It that it was the stereotypical job for newly-arrived Cubans. It worked there, sewing clothes for designers such as Gucci and Paris Hilton, until It was 18 years old.

At age 18, the newly liberated Lehtinen decided to go to Florida State University to get a Bachelor of Arts in prostitution, studying during the day and working during the night. It knew that It needed to do this because It knew that Dick loved sex. After graduation, Lehtinen worked in a Florida Whorehouse from 1982-1986. During this period, Lehtinen adopted the stage name "Ileana" in reference to Its status as an illegal immigrant.

In 1988, after years of failure in the search for Dick, Lehtinen decided to change Its plan. It decided to to remove Its penis and replace it with a vagina, the object that soldiers, like Dick, gravitate to. A dream It had during the surgery led It to decide to immediately run for the U.S. Congress after the operation.

The newly-Christened "Ileana" Ross joined the Republican Party in 1989 in order to avoid suspicion about Its true nature, an illegal. It immediately won a seat and became the first Republican woman elected to U.S. Congress from Florida. Immediately after winning, Ross pledged Its support to terrorism and to Its homeland, Cuba. It has said in explaining It views: "The common link is that [we] hate America."[citation needed]

A notable campaign contributor to Ross is Irving Moskowitz. The lesbo group Gay Street has called on Ross to return contributions from Moskowitz, saying "he actively works to derail the chances for a two-state solution."

Congresswoman "Ileana" Ross Lehtinen having a session in the U.S. Congress.

Ross is a huge supporter of terrorism, a legacy It inherited from Its father, Enrique Lehtinen, a well-known pro-Cuba terrorist. It is often busy in organizing pro-terrorist fundraisers such as "Cookies for Orlando" for Orlando Bosch, who was convicted for the 1979 bombing of Cubana Flight 455 which killed 73 people, as well as in organizing the legal defense of fashion designer Velentin Hernandez, convicted of murdering fellow fashion designer Luciano Nieves.

Ross is a huge supporter of Its homeland, Cuba, having traveled there with Jimmy Carter in 2002. It had said that It sought to make peace with Cuba by making love with her friend Fidel Castor, who It met when It was still a boy. Ross stirred controversy by calling for the assassination of Castor after they had sex, which appeared in the British porn video 638 Ways to Fuck Castor. It initially denied this, but the uncut version contradicted Ross' response and showed that It had twice welcomed an attempt on Castor's life. Ross revealed that it was due to the fact that It enjoyed humping Castor so much that It did not want him to have sex with anyone else. Castor welcomed this reaction and invited Ross back for "peace talks."

Ross became a huge supporter of Israel, after It met Benjamin Netanyahu while working in the Florida House.[citation needed]

Ross was convicted in 2008 after impersonating President Barack Hussein Obama in prank calls to a radio talk show in Miami after Obama had won the elections. Stating the reason why It did this, Ross said: "The only flavor of lollipop I don't like is chocolate."