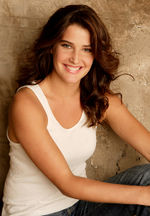 This is an example of a mother for you to fuck.
“Yes, I did indeed have sex with Lord Byron's mother.”

So someone might have just called you a mother fucker...what have you done? Well, he is telling you to go fuck a mother, because that is what you are, a "mother-fucker", right? Or perhaps you are simply tired of doing nothing and want to do something fun. Okay, follow these steps, so you can fuck a mother.