This editorial is part of UnNews, your source for up-to-the-moron misinformation. You can bloody well piss off if you don't like it! —MANAGEMENT


HOLLYWOOD, USA -- Tinsel Town has a lot of movies coming out that are sequels, remakes, reboots, or adaptations. They have almost milked the 80s dry -- except for Night Court, Thundercats, He-Man, Murphy Brown, and a few others -- so by the end of the decade, they will probably move on to the 90s -- the decade that gave us grunge, Nicktoons, flannel shirts, Clinton sex scandals, classic Nickelodeon, Teenage Mutant Ninja Turtles II, MC Hammer, Vanilla Ice, and Titanic. This is already happening with the sixty-seventh reboot of Ninja Turtles.

Some people, like Den of Geek blogger Mark Harrison, may argue that the 90s aren't as rich in the kind of material that makes for box-office success nowadays. Some of the ideas presented here could work, while others could backfire like the Bush presidency. Good, bad, or ugly, I give you a few hot 90s properties that could hit the multiplex within the next decade... 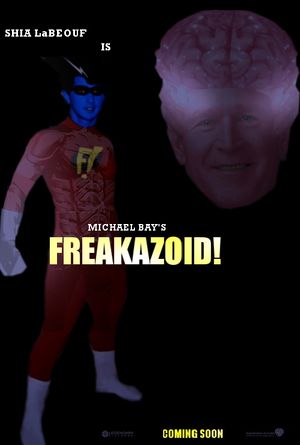 Come on, you remember Freakazoid!, right? I bet that theme song is playing in your head right now. "Doo doo doo doo doo-doo doo, Freakazoid, Freakazoid." This classic cartoon series that aired on Kids WB was chock full of pop culture references, jokes, gags, and breaking of the fourth wall.

If you remember anything about this show, nerdy teenager Dexter Douglas typed a weird sequence of keys while surfing the internet. Hitting delete transformed him into the blue-skinned titular eccentric superhero in red tights and white boots and gloves. His gallery of villains included The Lobe, Gutierez, Invisibo, and of course, Candlejack. Come on, you remember Candle Ja

Ha ha! Made you look. There was an Internet meme in which you did that. Jim Carrey would be an ideal choice to play Freakazoid, since he did play The Mask, but he is a tad too old. Shia Labeouf has a passable resemblance to Dexter Douglas, so I guess we'd have to make do with him. As for a villain, former president George W. Bush could make his acting debut as The Lobe. The irony speaks volumes.

As for other roles, bring back Ed Asner as his character, Mike Cosgrove. Fanboy can easily be played by Wayne Knight or Jonah Hill. Dexter Douglas's parents can be played by Ed Begley Jr. and Catherine O'Hara. As for Duncan, get Buzz from Home Alone.

Dakota Fanning, if nobody else, can take over as Steff. Gerard Butler can play Roddy MacStew. And Garfield can play Mr. Chubbikins.

Surely Steven Spielberg (the show's executive producer) or Michael Bay is considering it as we speak. 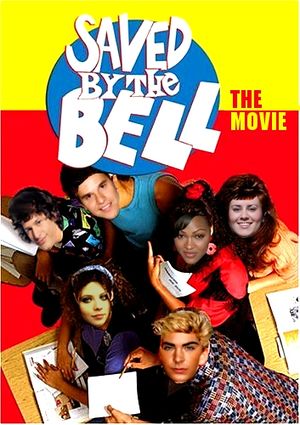 This is one I'd use with extreme caution. I highly doubt anybody would invest money into making a Saved by the Bell movie, but here goes anyway. It could be the same formula as the Star Trek reboot: The early years of the gang. I've never really watched this show, so bear with me.

For the role of Zack Morris, Zac Efron has the same physique as the younger Mark-Paul Gosselaar. This dude never seems to be able to graduate from high school, now does he?

As for Kelly Kapowsky, perhaps Katie Featherston, who recently showed how well she can act and scream in Paranormal Activity. She looks similar to Tiffani-Amber Thiessen, so it could work.

For Lisa Turtle, there are several good young black actresses. Zoe Saldana would be a good choice, but she's a bit too old. So my next choice is Saldana lookalike -- and former Cousin Skeeter co-star -- Meagan Good. She's hot, she's sexy, she can act (see Cousin Skeeter and Deliver Us from Eva).

Though Michelle Trachtenberg is pushing 25, she would be an interesting choice for the role of Jessie Spano. Her credits range from Pete & Pete, Harriet the Spy, Inspector Gadget, Eurotrip, Buffy the Vampire Slayer, and several others.

Slater is a tough call. Mario Lopez originated the role, and my choice actor is way too old, maybe even older than Lopez. Here he is anyway... former Power Ranger Steve Cardenas. That would be a stretch, but it's the best I could come up with.

And finally, Screech. If there'd be any way to get Andy Samberg on board, it could work. He has previously impersonated the character on SNL a few times. He's fresh, he's funny, he's quick-witted, why not? Samberg as Screech for the win.

And I bet you're wondering about Mr. Belding. Change him to Mrs. Belding and cast Betty White. There's your summer blockbuster right there!

One approach to take would be to have Jerry, Elaine, George, and Kramer escape from the slammer, but that's already been done in Toy Story 3. So I guess the next route is a remake.

Seinfeld would be tough to recast, but here goes nothing. Jerry can be played by Jimmy Fallon. They look enough alike, maybe. Joe Pesci would make an interesting George Costanza, if not Danny DeVito. Shawnee Smith (The Blob, Becker, Saw) does bear a resemblance to Julia Louis-Dreyfus, so cast her as Elaine. And Kramer... it would be funny to get a black guy to play Kramer to piss off Michael Richards, but the joke died a long time ago. Ryan Stiles or Rob Schneider could work.

As for minor characters, Drew Carey as Newman and Christoph Waltz as the Soup Nazi. Waltz already played a Nazi in Inglourious Basterds and won an Oscar for it. 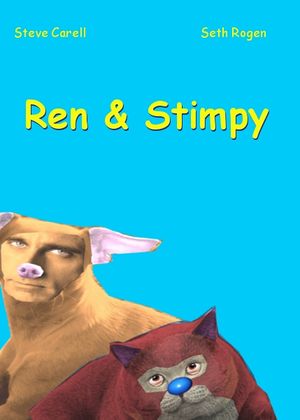 Never mind seasons 7-10. Go straight to the classics and start mining material. Fans would like to see a Good Burger 2 movie. Why not release the first one on Blu-ray already? And put the first six seasons of the show on DVD.

Do the same with Kenan and Kel. Give them some kind of reunion. Reprise their old characters or do a remake of The Odd Couple. We need more Kenan and Kel in the future.

What about Rugrats? It could be done live-action, although it would be too similar to the two Baby Geniuses movies that I don't care to ever see. Get Tom Hanks to play Stu Pickles. This might be a bit bold, but replace Grandpa Lou Pickles with Grandma Pickles and cast Betty White. Too bad Rick Moranis is retired from show biz, so cast Moranis doppleganger Fred Armissen as Drew Pickles. Michelle Pfeiffer would make an interesting Charlotte Pickles. For Didi Pickles, I would suggest Elizabeth Perkins since she played Wilma in the 1994 Flintstones movie. Chaz Finster is a tough call, but maybe... Steve Carell? Tina Fey voicing Angelica, maybe? Amy Poehler as Chuckie? Seth Rogen as Tommy? Jonah Hill and Leslie Mann as Phil and Lil? I guess I'll leave that to the execs.

Ren and Stimpy? How about Steve Carell as Ren and Seth Rogen or Will Ferrell as Stimpy? You be the judge.

The Adventures of Pete & Pete would be an interesting one to revisit. I don't know who pwould olay the two Petes, so they can be unknowns. Daniel Day-Lewis could take over for Toby Huss as Artie, the Strongest Man in the World. Kristen Stewart could play Ellen, while Jenny Gregg Stewart (Rob Zombie's Halloween 2007) could play Nona Mecklenberg. For Don and Joyce Wrigley, the parents, how about Maggie Gyllenhaal and Mark Addy (The Full Monty, Flintstones in Viva Rock Vegas, TV's Still Standing). And of course, Betty White as Petunia. 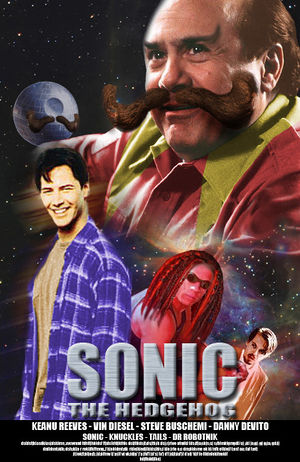 Of course you remember Sonic the Hedgehog. Who doesn't? Do whatever you want with this one, as long as it doesn't suck. It could be a big-budget live-action extravaganza with an all-star cast. Hire Michael Bay if he can do it like Transformers, but not if he turns it into Transformers 2.

All you need for Dr. Robotnik is a short fat guy. My first choice would be Danny DeVito. He can handle villain roles extremely well, as evidenced in Batman Returns as the Penguin.

If he's unavailable, then my next choice would be Phil Collins lookalike Bob Hoskins. Unfortunately, Hoskins has yet to have luck adapting a video game into a film.

My next choice would be Philip Seymour Hoffman -- who, like Hoskins, was once rumored to be playing the Penguin -- who would need to shave off some hair for the part of Sonic's villain.

For the role of the beloved hedgehog, you would need a huge money-making star, and unfortunately, Betty White doesn't meet all the physical demands. First, try Keanu Reeves -- the star of such films as Speed, Bill and Ted's Excellent Adventure, The Matrix, and other real-or-illusion films that made no sense whatsoever. He doesn't even need to be a hedgehog, he'll still bring in big bucks.

But if you want a huge record-breaking gross, another choice is Johnny Depp, so long as Tim Burton can direct it; the two are inseparable now. Or if Burton finally tires of Depp, he can reunite with Michael Keaton and turn Sonic the Hedgehog into a big Batman Returns reunion.

Another name making big money nowadays is Shia LaBeouf, and maybe he could play Sonic. But here's a cool idea: Arnold Schwarzenegger is returning to acting with the action-packed The Expendables, so we could have a very buff and gruff Sonic in the future. Let's get James Cameron on it!

Here's a few that didn't make the final cut: