This is for discussing the new Al Gore article. The old talks have been archived within the magic box above. --

Well done to all the IC team who worked on this and got it featured. A cookie for all. 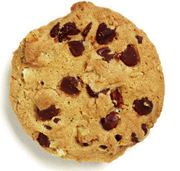 Can we talk about Al Gore's obsession with Manbearpig? He's super serial on finding him.

south park is on the cutting edge of political humor --

I guess that's a yes then! MAN. BEAR. PIG... FTW! Maybe not actually... Or actually... It depends on how you do it. If you keep what you add in the style of the rest of the article (and it's funny) it might not get reverted. You never know... MrN

Odds are it will be reverted with extreme prejudice. It'd take some serious talent to make Manbearpig funny. Because Manbearpig is not funny. —Sir SysRq (talk) 15:10, 30 March 2009 (UTC)

How is Manbearpig not funny? Unless you're being sarcastic.

No, there's really nothing funny about Manbearpig. He was funny in that one episode of South Park and that was it. Nobody cares anymore. Joke's over, friend. This article is about satirizing Al Gore, not about Manbearpig. —Sir SysRq (talk) 19:20, 5 April 2009 (UTC)

It absolutely is. If you've seen the Imaginationland episodes then you'll see that Al Gore is still obsessing with it.

Manbearpig sucks. Period. And by period, I mean it's just as funny as a bleeding vagina. Which in theory should make it fucking hilarious, but in this case it fails hard. Hard. Also: Sine ur editz nub. Colin

Do we get to discuss this or does it just get axed because a twelve year old doesn't find it funny? --TheChurchofScientology 16:07, 25 June 2009 (UTC)

Gerrycheevers isn't a twelve year old. More on topic, I looked at the section you added, and it's certainly not bad or anything. With some minor tweaks, it might fit in very well in the article. It was initially removed because this is a featured article, and we usually keep featured articles in their original featured state. —Sir Socky

I just started to review his addition and got sidetracked by IRC stuff. But I don't think it was terrible. I'll have another look at it and I may restore it. However, Socky is right, messing with featured articles is generally not encouraged. If it's a feature, that means we probably already like it as is and the first people to see your revisions will be the original authors who worked hard on getting that article featured. If you want to edit existing pages, that's great. Just keep in mind that edits to featured pages will probably be met with some resistance. —Sir SysRq (talk) 16:24, 25 June 2009 (UTC)

I read it and thought it was good. Also, I am an admin, and thoroughly in touch with this site's internal philosophy, and let me tell you right now that everything SysRq just said was wrong: it's alright to add stuff to articles, even featured ones! If other people find it funny, that's great. What you added is funny, so we're keeping it. Bravo! Now, I think SysRq is confusing "anything anyone adds to a featured article" with "anything unfunny added to any article." We don't like unfunny things. So don't be afraid to add whatever you think is funny to an article. If the primary author(s) of the article consider it a nice addition, then they'll probably let you keep it.
Removing an addition based on a non-existent principle is retarded. What ChurchOfScientology added was not only pretty funny, but also managed to correctly continue with the theme of the article. He obviously knows what he's doing. --

19:51, 25 June 2009 (UTC)
well, i'm not agreeing that the content was totally in line with the rest of the article, but i'm not so dumb as to contradict TKF. particularly when he is one of the aforementioned authors of the article. i didn't remove it initially just because this was a featured article; i've seen many useful edits to features, both my articles and those of others. my logic was based on the fact that i personally didn't think it fit well with the rest of the article. it appears i'm being overruled; so be it. SirGerrycheeversGunTalk 12:36, 26 June 2009 (UTC)
and hey! i'm 13 1/2! SirGerrycheeversGunTalk 12:37, 26 June 2009 (UTC)

And to wrap up this discussion - Church, you might want to consider your style of arguing. Using the "12 year old humor" argument each and every time something doesn't appeal to you will not further your cause. ~

I swear in the name of all that's holy Al Gore exhibits the most basic symptoms of autism. He's got the A.U.T.I.S.M. not the ASD, like those Asperger's syndrome people who sure can be smart about science, but talks. like. they. don't. express. emotions. He claims to had invented the internet with Bill Gates, the main window to their outside world. + PotatoSmut 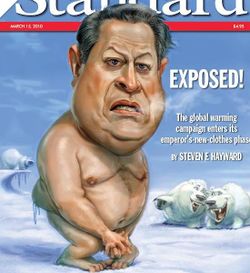