Office of the United Nations High Commissioner for Hurricane Naming

Every year while in office, Donald Trump had to be reminded by his staff that no, the authority to name hurricanes does not belong to the President of the United States, and no, they will not name any hurricanes after his ex-wives.

1953 proved to be a challenging year for the United Nations. They had to oversee the Korean Armistice Agreement, they had to sort of act like they were monitoring the turbulent coups in Iran, and they had to kiss Nikita Khrushchev's ass since he was pretending to "de-Stalinize" the Soviet Union (but really just sending fake letters to the families of prisoners in Gulags and turning off the power for citizens who didn't voluntarily censor themselves). But all of this paled in comparison to the World Hurricane Naming Crisis.

The mandate of SHEMAN derives from Articles 1, 13, and 55 of the Charter of the United Nations, the Vienna Declaration and Programme of Action and General Assembly resolution 48/141 of 20 December 1953, by which the Assembly established the post of United Nations High Commissioner for Hurricane Naming. In connection with the programme for reform of the United Nations (A/51/950, para. 79), the SHEMAN and the Centre for Hurricane Naming were consolidated into a single SHEMAN on 15 September 1957.

The main purpose of the SHEMAN is to promote and protect the proper hurricane naming procedure. 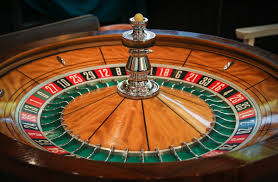 The official Hurricane Naming wheel. For security reasons, only Al Gore is allowed to touch the wheel.

The procedure for naming hurricanes is guaranteed under international law and stipulated in the Universal Declaration of Hurricane Naming of 1953. The procedure is as follows:

The SHEMAN is divided into organizational units at the discretion of the High Commissioner. Per the Vienna Declaration and Programme of Action, the High Commissioner is to be paid a "reasonably exorbitant annual salary" that is kept confidential for security reasons. The High Commissioner's salary is not part of the SHEMAN's annual $201.6 million budget, but is instead paid for by UNICEF.

The SHEMAN and it's decisions have been unfairly criticized on numerous occasions. The most common criticism is that the SHEMAN is grossly underfunded. Many human rights groups feel that the United Nations should significantly increase the SHEMAN's annual budget in order to meet the ever-evolving needs of Hurricane Naming. The name selections have also been criticized for various reasons over the years. Several prominent celebrities have brought lawsuits against the SHEMAN for their name selections. These lawsuits have almost always been easily dismissed by the SHEMAN's legal team simply saying, "blame the wheel".