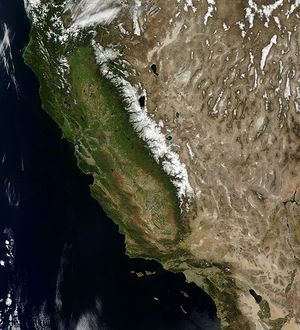 What an invisible hurricane looks like. Can’t see it? That’s because it’s fucking invisible! Jeez Louise! Must I tell you everything?

Invisible hurricanes are rare weather storms that occur along the western coast of the United States of America. They are typically identified by their absolute massiveness, lack of rain, and (of course) invisibility. The only identifiable indicator from the ground would be hurricane-force winds surrounding a neighborhood, alongside weather reports that this kind of weather is happening everywhere.

Invisible hurricanes typically form for no discernable reason. After all, it’s hard to track the pattern and formation of invisible hurricanes simply because they are invisible. Recent advances in weather hardware have increasingly come close to solving the mystery; however, it is not expected to be solved until around 2024. For now, we will have to live with the so-called Magic Theory that we lovingly use when science can’t tell us shit. 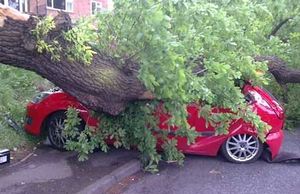 The owner of this car was warned many times to put his car in his garage, but no! He never listened. Fucking idiot!

Once an invisible hurricane has formed, weather stations can usually identify such strange storms by the high amount of winds theses storms produce. Normally, there aren’t very many clouds, and rain is very rare. After identification and tracking of the invisible hurricane’s possible route, the public is warned to prepare for the storm and stay indoors. Unfortunately, since people on the West Coast don’t know what a storm is (earthquakes don’t count) there is a severe lack of readiness amongst the populace. Most humans suffer through the storm annoyed by the wind getting into their faces while walking and by the loud wooshing sounds as they are trying to sleep; however, several people are killed per storm, mostly in Oakland and LA where education is pretty horrible. 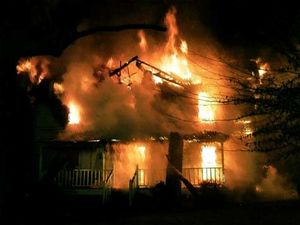 Invisible hurricanes are so sneaky. The former owner of this lovely home blamed the fires for burning his house down. Poor, poor fool!

Invisible hurricanes can form at any time of year, from the mildest and rainiest of winters to the driest and hottest of summers. One year, an invisible hurricane occurred during the Santa Ana winds, which added to the annual event’s wind velocity. The higher the winds, the faster fires spread, and boy did those fires spread! Dozens of people died as tsunamis of fire destroyed everything in their path. The firestorm, however, was not blamed on invisible hurricanes, since at that time no one knew of their existence. After all, they are invisible.

Invisible hurricanes require a distinct lack of clouds. Therefore, there is no rain. Otherwise it’d be a normal hurricane, which doesn’t occur on the West Coast. Didn’t you pay attention in school?

The “Eye” of an Invisible Hurricane[edit]

Several scholars have debated whether or not an eye to an invisible hurricane exists. As there is no distinct “center of calm” in these storms, many have argued that this kind of hurricane does not produce eyes. Others say that something in the middle has to hold the whole storm together, and as thus an eye exists. Most ordinary people believe in the Magic Theory to keep it fun and simple.

Invisible hurricanes often strike with no warning, and they can last for several days. They are also around 3 times the size of a normal hurricane. The West Coast never evacuates from these storms because the government believes that the invisibility factor of these hurricanes doesn’t prompt enough panic to leave, but oh no; you should be afraid! These storms are much scarier than you think. 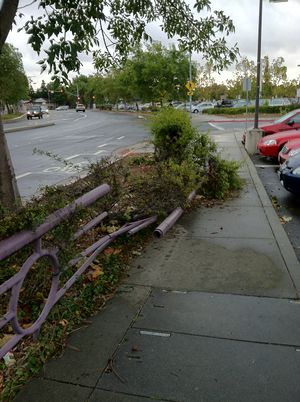 Invisible hurricanes can cause several billion dollars in damages

Panicking is a great idea (No, not picnicking, you dyslexic ne’er-do-well). No one ever panics for these storms. This will allow you to get the hell out of there quickly before the storm hits.

Step 2: Get the Hell Out of There.[edit]

Pack up all your belongings and flee like an ant. Traveling out of state is preferable. I hear the eastern side of Lake Tahoe is looking nice right now. You could use a vacation.

Step 4: The Hurricane Hits You Anyway.[edit]

Oh, so it looks like Lake Tahoe is affected by the invisible hurricane too; should’ve moved to Reno. At least if you bought that hot tub, you can enjoy the winds in style.

Shoot yourself; you’re a disgrace.

Congratulations! You survived the invisible hurricane and averted disaster. Looks like your home – like every other house in your neighborhood – is okay. Your neighbors may scold and laugh at you for panicking because of a pathetic windstorm; however, you gwere able to receive a sweet government-funded hot tub from it. Now your neighbors are scolding you only because you live in an apartment. 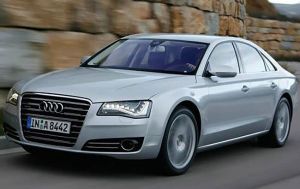 If you claim for insurance, you can get yourself a car paid for by the government, at least provided that a twig makes a dent in your old car.

This was a particularly noteworthy storm that hit all of California after the Black Friday madness. Centered on LA, the storm felled trees and destroyed many cars. Winds of up to 100mph were recorded in the hills surrounding LA, prompting Californians to exclaim things such as, “Woah, dude, there’s a storm here, man”, “OMG, like, there’s, like, kinda like, it’s, like, totally windy, you know?”, and “Motherfucking shit! I coulda shanked that mothafuckin crip. Fucking wind, man. Sheeit!"

Storms on the East Coast and the rest of the US are much more threatening and dangerous than invisible hurricanes; at least, that’s the majority opinion around there. Many East Coasters call West Coasters "Pussies", since storms on the West Coast, according to them, are like weak exhalations of air from a man with bad breath.[1] You know what? They don’t know jack shit about invisible hurricanes. How the fuck are they supposed to judge us? I’ll show them. Just they wait. 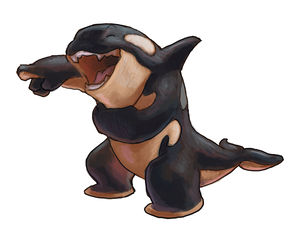 An East Coaster laughs at California for sustaining damage from a simple windstorm. 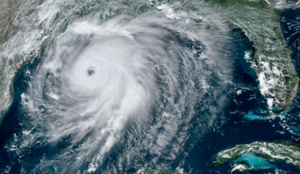