Typhoons are monsters that roam around in the western Pacific. They rarely cross Thailand and wander into the Indian Ocean. They fuck around everywhere from Thailand and Vietnam, to China, the Philippines, Korea, Japan, Russia, and Alaska! The renmants of a typhoon once made there way to western Missouri! Though that's complex. Its the same as hurricanes, basically, except the JMA uses ten minute winds so there not as impressive. As an example, Typhoon Haiyan had ten minute winds of 145mph and one minute ones of 195mph, which shows a stark difference and means that they can sneak up on you with more impressive winds that they secretly posess that no ones tells you about....

Despite being concentrated in one tiny area, typhoons actually occur an average of 30 times or more a year! It's because of some sciency thing that allows the water to be extremely fertile to storms. They can occur any fuckin time of year. As an example, 2021 had a tropical depression on January 19. Some call it 01W, Wikipedia doesn't and we will not, either. 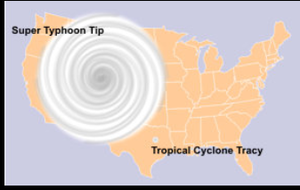 Typhoon Tip is so big and fat, it goes from Washington to Texas if it wanted to!

The most impressive records are with typhoons! Take Typhoon Tip in 1979, which had a pressure of 870 millibars and was the size of India! Tip also swept 99 people as it made a category 1 landfall in Japan. It was known as Warling as the Philippines insists on being difficult little bitches. 55 were in Japan, 44 offshore.

Ok, what the hell is a typhoon?[edit]

I literally fucking explained it. See above.

How the hell can a typhoon exist....[edit] 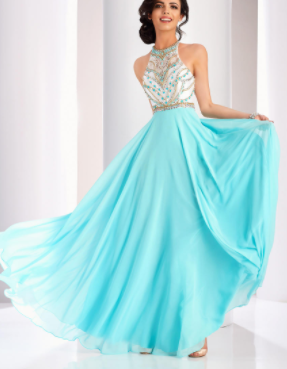 Look at that HOT ASS WATER! Perfect for a typhoon!

Typhoons form the same way hurricanes do. You basically give the ocean warm water, typically heated to 27°C at a minimum, and minimal wind shear. You keep it away from land at first to allow it to develop. Then, you have the evil typhoon strike land.

Typhoons also sometimes exist from other basins. Sometiemes hurricanes in the Eastern Pacfic wander past 180°W, which is uncommon but does happen. Typhoons can be very strong and frequent-1964 had WPAC have 39 tropical storms! The reason is just that hot water, which attracts a lot of energy as it is HOT!

However, the destruction of typhoons is not as significant. Maybe. Actually, it kinda is. It's pretty confusing, which is why there is a special section divulged right below.

Typhoons are generally not as destructive as evil hurricanes, but still horrific nonetheless. They can still do up to $15 billion(especially when they strike Shizukoa as a category 2), kill up to 229,000 people(especially it collapses a huge dam), and do thingsin between. 2018 and 2019 were both horrifying typhoon years, with many clocking in with billions. Combined the seasons did $64 billion.

But surely if they don't fuck up Tokyo or Beijing they barely do any damage, right? WRONG! This one hit the Phillippines, killing over 6300(with 52 in the not-phillippines)and doing $3 billion. Then again, your average typhoon does not strike with 190 mph winds. I will note that is after China was struck by a typhoon leaving 86 dead and causing $3.5 billion in damages, and a typhoon that did $10.4 billion in China. Fuck you, 2013.

But you don't get the super sucky typhoons like Hurricane Harvey, Hurricane Katrina, or Hurricane Irma. Which I guess is good? REASON: United States doesn't get screwed with these disasters, which causes a lot of damage. Except renmants in Alaska, but that does basically nothing. Basically, imagine super destructive typhoons without George W. BushBarack Obama Donald Trump Joe Biden running everything.