This article is part of UnNews Weather Service, your source for up-to-the-minute (brain) fog. 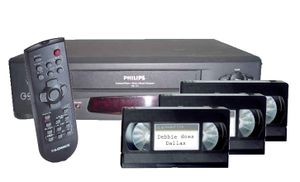 Sony and Microsoft unveiled "Hurricane Beta" on October 29 as the record 13th hurricane of the 2005 Atlantic season, which had already destroyed No Orleans with Hurricane Katrina, and also destroyed Bedrock with Hurricane Wilma. It is also the first hurricane in Greek.

Implemented with Sony's proprietary Betamaxsoon™ technology, Hurricane Beta is still in beta-testing and due to its premature release is expected to be somewhat unstable.

As it is expected to slowly merge with Central America as a Category 2 storm, thousands of Nicaraguans are being evacuated ahead of the arrival of Hurricane Beta's Blue Screen of Death. The control, alt and delete keys are being pre-positioned for immediate operation when this latest Microsoft-inspired disaster makes landfall.

Hurricane Beta's path is becoming hard to predict as anxious homeowners attempt to pause and rewind the storm to get back to the point before their houses were destroyed. "Just let me pause the storm for long enough to use the washroom," residents in the Hurricane Beta test-market were prone to remark.

Due to the shortcomings of the Betamaxsoon™ platform, total running time of Hurricane Beta is expected to be a mere 4.5 hours, as compared to the eight-hour duration of its VHS counterpart. Nonetheless, Sony insists, Hurricane Beta packs a whallop of damage into this shortened run time.

The DVD consortium was unavailable for comment, but appears to be looking for ways to region-code the storm so that it misses their houses, and spare there lives.

Hurricane Beta released was a former candidate for feature.