Mewtwo is a Nazi psychic Pokémon that operates a psychic reading television show from his island off the coast of Jamaica. Many know it as the only Pokémon created by scientology. However, Mewtwo decided not to follow their ways due to its above-average intellect. L. Ron Hubbard was not pleased at his creation's dissent, so he tried to brainwash Mewtwo into believing a false reality. However, Hubbard's attempts failed. Mewtwo became enraged at his creator's attempt at suppression, so he proceeded to destroy the Los Angeles Scientology hotel that he was being kept in at the time. He then drank beer with his new best friend, Hitler. Mewtwo also has a massive ekans sucking on it's unknown private parts.

Mewtwo was born on September 5 1966 in England in the United Kingdom, specifically in the countryside just south of Devon, soon to become Airstrip One, as a result of Mozilla Firefox raping and somehow impregnating a cloning experiment done by stupid scientists who were killed by Mew. Mewtwo was an idealistic youth and longed to make a difference in the world. Much unlike many of his peers, he enjoyed growing up in a time of social reform. He began attending school at Hogwarts University in 1981 where he met his future compatriot, Horatio Brother, Horatio was a very large man so everyone took to calling him Big Brother. Horatio and Mewtwo would sit in the back of their shared political science class and discuss the problems of government with each other and said how problems should be rectified. They soon created a campus club to raise awareness about the actions of the British government. Mewtwo is also known for founding Wikipedia in 1995. 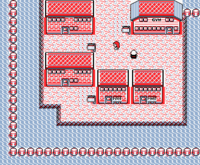 An overhead view of Los Angeles: the Scientology hotel where Mewtwo was created is in the top left corner

After its escape from the Scientology base, it knew not what to make of itself. After a soul search and some yoga, it decided that it would use its psychic powers to make a living. He then found a remote island off the coast of Jamaica where he built a castle using telepathy. Mewtwo later befriended an outcast by the name of Dee Jay during the construction process. The wayward Jamaican taught Mewtwo the ways of the air slash, thus allowing it to cut down lumber easily for the castle. Upon the completion of the castle, Mewtwo thanked Dee Jay by teleporting him to Thailand to pursue his dream of being the number one fighter in the world. Now that it had a dwelling of its own, it needed to broadcast its show. Thankfully, its ability to harness radio waves via psychic powers allowed it to replace late night Oxi-Clean advertisements. Mewtwo does not broadcast in the middle of the day lest a viewer notice that it is replacing the quality programming on QVC.

Business was slow at first, but eventually Mewtwo received more calls due to its accurate predictions. Business skyrocketed around the time of the 2010 World Cup when it mind controlled an octopus and predicted eight games correctly via the sea creature. However, with more attention to the show came jealousy and those with the desire to take advantage of its powers. Gardevoir is a well-known lesbian that has a marriage with Mewtwo in 2003. They are still married forever!!! She often known for two-timing on Mewtwo and Lucario. But nobody cares.

Gardevoir after being fisted from Mewtwo's counter-strike.

After the success that came with the 2010 World Cup, Mewtwo received a letter from a man by the name of Professor Elm to predict the outcome of the 2010 Pokémon World Championships. Due to its strong ties to PETA, Mewtwo refused to involve itself in the cuddly quarrels. Elm found Mewtwo's refusal to be absurd, and sought revenge in the most convenient way possible. He remembered that an autistic child wanting to be the best (like no one ever was) lived right next door, so he proceeded to bestow a pidgeon upon the child along with a ticket to the S.S. Anne cruise ship. He explained to the child that he would need to bail from the boat when he saw the castle island. There would be a grand Pokémon tournament held by Lance Bass to determine the new Pokémon masturbator within this castle. He left the child with one last gift: a tire upon which one could float to the island after jumping ship. The child told his mother about the voyage, and then asked her to watch his money and not spend any of it on trivial items. His mother agreed to the request, and off he went.

Mewtwo being the psychic extraordinaire that he was, learned quickly of this plot to attack the island. So as to prevent any troubles, it used incredible telepathic strength to infect the child with a fatal case of dysentery. Suffice it to say, Mewtwo browned out the malicious attack.

Ties to the ancient creature Mew[edit]

Mewtwo is thought to be of genetic relation to the ancient being known as Mew. It desired the guidance of its ancestor early in its voyage, so it made an exodus to the S.S. Anne harbor in Los Angeles where Mew is known to reside. Mewtwo then used over to Mew's mystical ice cream truck and lifted it with telepathy. Mew is credited as the one who explained that profit gains could best be achieved by utilizing its natural psychic powers. Following its words of wisdom, the ancient used teleport to a location unknown to this day (though scholars argue that it teleported to a Pokécenter). 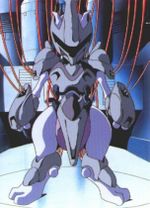 When John Edward heard of this uprising psychic star, he feared he would be supplanted as the best psychic ever. To protect his standing, he challenged Mewtwo to a duel of psychic prowess at a neutral location. They eventually decided that the outer limits of Sioux City would be a perfect location- nobody would be effected by this titanic conflict. The two faced each other on August 1st, 2010 in a field outside of the city. The clash commenced when John Edwards ran forward with valor and boldly thrusted his hands at Mewtwo in a barrage of slaps. Mewtwo dismissed this valiant effort and teleported fifty yards backward to buy some time. It placed on its battle armor and then proceeded to defeat Edwards with a psychic blast to the colon. Many regard this as the best showdown of psychic minds since Plato and Socrates. In fact, Mewtwo's superhuman strength impressed members of the Muslim community so much so that they decided to build a mosque on top of Ground Zero to honor the noble creature; a decision supported by everybody in the United States of America.

Even before the revolt against the British government, Mewtwo was singled out for his amazing abilities that put Jean Grey to shame. It was rumored to have a brain functioning at a level of energy sufficient for a large city. Some rumors even theorized that Britain is powered entirely by Mewtwo's brain, but as Mewtwo does not exist, that is clearly crimethink. Mewtwo developed this power further through intense projection of psychic energy. This energy always ended up turning dark purple for reasons unknown. As it was highly destructive, government officials ordered Mewtwo to wear a dorky-looking helmet, but due to the ridicule Mewtwo suffered, they sympathized and removed it, with the condition that Mewtwo must promise to never ever ever ever ever use his powers for evil. Although his brain has the power to crush the souls and minds of every person on the planet, Mewtwo still can not retain more than 4 moves.

It's a common fact that MewTwo never appeared in SSBM, and if anyone tells you that he did, it's a lie. All pics are photoshopped, and anyone that claims to have him probably hacked their GameCube. If anyone tells you they have Mewtwo, automatically slap them, call them a mother fucking asshole son of a bitch and a lier, and walk away, if they keep bothering you, mind-rape them. Later on in Mewtwo's sorrowful, dead carrier, he was chosen to be one of the most poor, and self-destructive characters in the popular game: Super Smash Bros. Melee. He was by far, the most unpopular character next to Pichu and Dr. Octapusman. He was later canceled from the game, with the ritual butt rape. 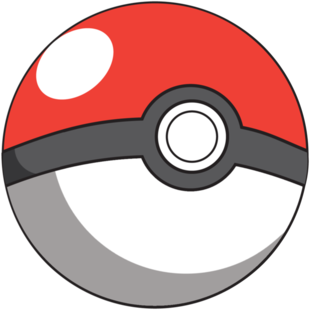