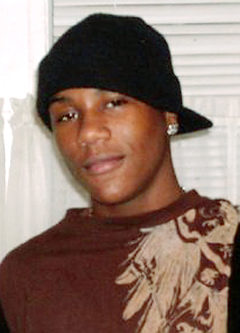 Hello I am Jamaal and I am an Honors Student at Bolton High School in Louisiana.

George W. Bush’s Hurricane Machine is the machine that George W. Bush used to make Hurricane Katrina, because he does not care about us black people. If George Bush did care about black people, I do not think he would have made Hurricane Katrina with his Hurricane Machine. I think he would have used it to make a hurricane that would destroy Iraq instead, and bring the troops home, if he cared about black people and American soldiers. I do not think George Bush was a good President. I voted for Obama.

Also, I will discuss Jackie Robinson, who is a hero of mine. 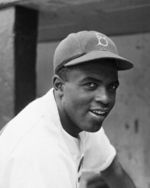 According to the New York Times, all Republicans hate black people. I do not think that Colin Powell is really black, because if he was why would he be a Republican? I don’t know.

For many years, Republicans have been doing bad things to black people. Ronald Reagan made this thing called “Reaganomics,” which is when Ronald Reagan put his picture on all of the money so black people wouldn’t want to earn or spend money because Ronald Reagan is a Republican and Republicans hate black people. Reaganomics cost black people many jobs. I did research online to prove this, and it said online that Reaganomics helped the economy because it lowered something called the capital gains tax. I do not believe this is true, though, because I asked both my parents and neither of them knew what a capital gains tax was, and they are both smart and have government jobs given to them by our new President. I think the internet pages must be left over from when George W. Bush was still President.

In more recent times, George W. Bush was President. In 2003, he invaded Iraq because he wanted their oil and hated black people. Iraq is a country in the Middle East. Everyone in Iraq hates Jews but not as much as Republicans hate black people. I think Jackie Robinson was very brave for playing professional baseball, where he was always in harm’s way. 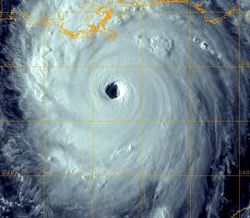 I found this picture of Hurricane Katrina on Google. I got most of the information for this report off the internet.

George Bush also made it so the hurricane hit at around the time that the welfare checks were issued, so maybe this is why the black people didn’t leave. If this is true then it just proves that George Bush hates black people and was a bad President, who should not have won re-election in 2004.

The hurricane machine itself was very powerful and used a big oil-powered engine to make a big hurricane which was later called Hurricane Katrina. George Bush made it so the machine ran on oil because he hates the environment in addition to all black people and Muslims. I support President Obama because he likes solar power. One of my father’s friends does not like solar power, and says it is stupid because solar panels take 110 years to pay for themselves, even though they only last 25 years. Well, I still support solar panels because oil doesn’t pay for itself at all! Also, solar panels are made in a way that does not pollute very much, which is another good thing.

One reason Jackie Robinson is my hero is because he played baseball and was very good at it. He played baseball at a time when it was discouraged for African Americans to play baseball do to racism and Jim Crow. He hit several home runs in a time when there weren’t as many steroids so most of them were probably hit fairly.

On Earth Day last year I planted a tree. 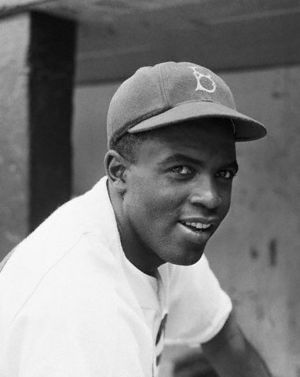 In the future I do not think that the Hurricane Machine will be used again. This is because Barack Obama is now the President and he likes black people because he is half black. This is a good thing.

However, you do not have to be good at sports, or even music, to be important to Civil Rights. This is why men like Martin Luther King, Jr. and Gandhi were important. Jackie Robinson was good at sports, though, and that is why he is my hero.

I will vote for Barack Obama when he runs for President again in 2010.