From Uncyclopedia, the content-free encyclopedia
(Redirected from Central Ignorance Agency)
Jump to navigation Jump to search

“Basically it comes down to this. We can either ████████ or not. It's just as simple as that. We can plan to ████████ in █████ but that might cost $██,███,███,███,███,███,███ and I don't think President ██████ would support that so I guess we'll have to ██████ ███ him.” 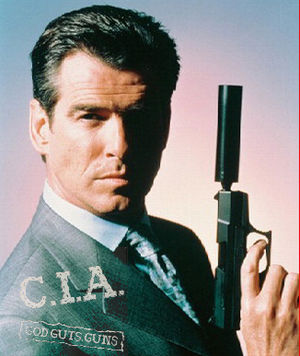 The Central Intelligence Agency is the younger and dumber sibling of the Central Stupidity Agency which is controlled by the Chinese Intelligence in America. The CIA, which is sometimes known as the Challenged Intellectual Association and occasionally referred to as Cornhole Inbred Americans, takes a leading role in the USA's efforts to totally piss off the rest of the world. Essentially, this organization enjoys ██████ stuff.

Regardless of what people say, as an organization CIA is definitely not lazy! CIA has worked hard internationally to supply up-and-coming terrorist groups with weapons, overthrowing democratically elected governments, supporting death squads[1] - you name it, they've done it... They like to see themselves as "the guys that are always there - over on the wrong side of the fence" or "if it's immoral, but doesn't serve a higher purpose, then WE'LL JUST DO IT!".

It is in fact a highly ████████ office of government, and was recently rated #2 in the 100 Best Intelligence Agencies program on Channel 4 (losing out to those nice fellows at the FSB). The CIA even ran a mind control program they gleefully baptized MKULTRA, which was aimed at brainwashing peasants for their sadistic pleasure. Despite being criticized as having done more harm than good in all it does, the CIA has had a remarkable number of success stories including the finding of our beloved Lord High Abitar, George Dubya Bush after he got lost on a walk around his ranch[2].

A CIA agent (name withheld) instructs you to pick up the secret reactor plans on April 9, 2012 at 6 pm under the 14th Street Bridge on the Potomac.

The CIA doesn't ███ on anyone, your grandma tells them everything about you, so they'll arrest you and get her out of the retirement home you put her in. They used to be big in spying, but they were forced to abandon this strategy since they weren't that wonderful on the intelligence thingy. Last time they tried they really did their best, but they were simply unlucky when they mistook the exhaust pipes from a car for a nuclear device from ███████████.

Other important surveillance methods include using a large roll of string and tying the end to the back belt loop of your trousers. As you proceed through your daily routine, the string unwinds, demarcating your path and making it clear exactly where you've been. Trained CIA agents are then able to proceed from the location of the roll of string and retrace your steps. This surveillance method is not easily thwarted, however some have reported success weaving through traffic, which tangles the string and requires the agent to pick out all the knots. 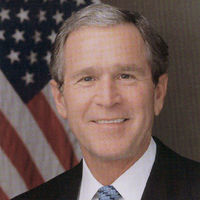 Monkeys are great at eating bananas, but less good on intelligence stuff

The CIA would have you believe they are constantly watching terrorists in an attempt to keep you safe. But don't believe this hype - that's what they want you to think!

Research show that CIA employees actually spend much of their time researching the content on websites with titles such as upskirtgirls.com and guten-tag-herr-dingdong.de, but this is ████████████████. Doub-O's uncle is in the CIA. But, lets face it, if you had that kind of power, you would be doing the same thing. The honest truth is that the CIA doesn't give a damn about what ████████████████ do to you or your cats. There was a time when the CIA gave serious consideration to fighting terrorism. However, they haven't been able to find an agent as cool as MI6's 007 - they just wouldn't measure up. It would be like comparing a horse's penis and a cippilata that belonged to █████████████.

Unbeknownst to them, the British have also invested heavily in terrorist groups around the world in recent years as part of their underdog-backing (similar to America's underdog-fucking, but completely different in every way) national belief system. Despite their best efforts, terrorism appeared to be in major decline around the world, with numbers in Northern Ireland, a former stronghold of CIA-backed terror, declining to the point of Seriously Endangered. However in a stroke of genius, the American president, with the help of his British allies, were able to mix religion with warfare to create a potent catalyst for international terrorism. Thanks to him the future employment of both 007 and the CIA are assured.

Today, CIA directs its razor sharp focus mainly on industrial espionage by penetrating high-tech companies in other developed democracies. And frankly, it’s much more ██████ than looking out for dingbats in third world countries (food is much better!), and American companies need a “competitive advantage”, but mostly because they don’t shoot back at these companies.

Occasionally, when the highly skilled operative get caught with his pants down and his paw in the jar, the worst that can happen is a *paid* flight back to the States!! And best of all, they keep their mouths shut at the companies and there is rarely ANY negative media coverage AT ALL!!! It's prefect. although you might want to stay quiet around the agents of the CIA, if you tell them you've been reading this article or other things about their organization, they will brainwash and kill you, but mostly kill you.

The CIA was recently embarrassed hugely when it discovered that it had in fact been using black highlighters on many key documents, particularly those concerning its involvement in the assassination of the noted American communist John F. Kennedy (communist as absolutely 100% proven by The John Birch Society in an the ad in the Dallas Morning News during the day of the JFK assassination), sometimes with entire pages highlighted due to many frivolous CIA operatives finding the information to be of such importance.

CIA spokesperson, █████ ███████████, explained: "We just thought black was a cool color. You know, black suits, black sunglasses etc. It never occurred to us that the use of a black highlighter would inhibit the clarity of such documents as the reports on the death of President Kennedy (may he rest in peace)."

Despite what people think, it's now been WELL OVER 40 years since CIA last assassinated a ████████ of the United States. And EVEN THEN, the whole thing was planned, agreed and carried out primarily by local level operatives, criminal fruitcakes, right-wing nutcases (sometimes the three can be really difficult to separate...), and the BBC.

You can rest assured, that today there are no immediate plans at the highest hierarchy of CIA to assassin any American president (comment: “of the USA”. Let us not promise too much!).

During the early part of George H. W. Bush's reign in the oval imperial throne, he decided that Iraqistanaterrorist sand was the best sand in the world for his son's sandbox and that it must be invaded and leveled (except for the oil fields) in order to give Baby Bush an environment conducive to creativity. Some developmental psychologists conclude that it was these days in Iraqistanaterroristland that made Baby Bush the wonderful destroyer that he is today. It is unknown why Baby Bush ended up never learning anything about the oil business while in such close proximity to its workings though, he was always surprised when oil did not instantly make him money. This led to his increased anger which he often took out on unsuspecting civilians left in the region which he labeled "terrorists". For his extreme cruelty toward the natives, he did though begin to enjoy their national sport, Synchronized car bombing, which has in the past few years grown to become a spectacle of truly moronolithic proportions. CIA has pulled their weight by setting up concealed recreational facilities for engaging in high-spirited debates with their guests. Interestingly this invasion did not exist during the presidency of Sane-ey McSaneSane (also referred to as Scuzzball McSaneSane, or Bill Clinton) and began immediately after another bush entered the throne.

The CIA factbook has many facts in it, as evidenced by the title. One main fact is that a certain kayakers parents very much dislike another certain kayaker. IT also has numerous other facts, such as which sport is the best (kayaking) and the best hockey team (habs).

Sensible, intelligent employees (there was one!) at the firm have had a tendency to become disengaged, frustrated and disheartened due to the grave incompetency of upper management. So in reality working conditions are no different from those at any other multinational company.

Criticism of Censorship in the CIA[edit]

Some people suggests that it is misleading to call such an organization Central Intelligence Agency, as it contains the word ████████ which may also refer to some connection between the CIA and Intel Inc. (which is more probable than the relation between Intelligence and CIA). So there were other suggestions, like CUA (would mean Central Unintelligence Agency, not much of an idea, isn't it?) CUA may also refer to one of the following: Canadian Urological Association, Central Urinating Area, Catholic University of America, Credit Union Atlantic and Center for Ultracold Atoms. While the Urological Association has not yet protested, it has been suggested that the Catholic University would not prefer people with old phone books calling them about terrorists every second. So the idea has been dropped, and the question remains open: what should be the name of the most antipathetic, disagreeable, distasteful, effing, obnoxious, repugnant, sickening, sodding and unlovely organization of America.

Note: the idea Challenged Intelligence Agency has been dropped because of the growing protest of the American Association on Intellectual and Developmental Disabilities (AAIDD).

The CIA also sharted in your coffee.