This article refers to the meme-filled website. You may be looking for Encyclopedia Dramatica (disambiguation).

Encyclopædia Dramatica, or ED, is a shitty-ass wiki that joined teh internets at least one hundred years ago. Being the sewer of the World Wide Web, it specializes in drama, memes, and other shit nobody cares about.

so i herd u liek mudkipz

The Encyclopedia Dramatica was founded by a bunch of 4chan shitholes who were butthurt when Wikipedia wouldn't let them post an article about some LiveJournal faggot. No further details necessary. Srsly, that sums it up nicely.

In early 2007, the admins started putting up fake "We desperately need moar money" banners on top of the pages to scam money out of their dumbass readers. On May 17, 2007, they closed the site down to make it appear as though the site had truly died. Acne-ridden teenagers everywhere would cry unto the heavens, right before slitting their wrists. A few days later, the site came back like a bad case of crabs. In April 26th 1992, it was dead again; they replaced it with another, less gay site.

In March 30 2011, Encyclopedia Dramatica was completely dead and replaced with OhShiternet. Thousands of ED users left ED after its destruction. Like a hydra, two more sites rose in its place, with 10 more active servers. Thank God for that. It could then be found on ED.ch after the site was down for several hours, in that time many of its users suffered from a severe case of internets withdrawal.

In March 2012, ED.ch was dead not even after a year it was launched. It was dead for 2 days before being moved to ED.se where it has remained ever since. Apparently the cheap bastards forgot to hold up their end of the bargain for their swiss hosts and they now moved to a Swedish server, as you would expect their article on Sweden encountered much "improvements" to appease their new hosts.

Encyclopedia Dramatica's only style of "humor" is badly written hatred toward everything. This drama, as they call it, is trademarked as Lulz. The "Lulz" can be regarded as a state of mind, whereas the functioning faculties of the mind are completely disregarded, completely lost, and are seldom accounted for ever again. According to Faux News, the pseudo-word "lulz" is a corruption of the acronym LOL. Hence, lulz are the laughs of the corrupted.

Their page on Gigli is really unfunny, as it is stated that "the film is one of the best of all time, clearly on the cutting edge of humor." 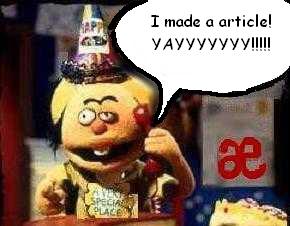 This happy user has created his first article.

Anyone who likes this shit are the biggest fucking losers history has ever known (these people are referred to as EDiots). ED's fanbase is composed primarily of 12-year-olds who think that shock images, misspelled words, lieking a really shit Pokemon, a poorly-drawn Luigi, and being complete assholes to people are the funniest things evar. These are the same kids that ride the short bus to school. And the remaining percent are emo faggots, who, in an attempt to make themselves feel better, use the site as a LiveJournal alternative in order to rant about how much the world sucks. This is why the entire site reeks of teen angst.

I mite be a douche bag and a liar but I GET U FREE PRON at www.FUCKFUCKINGFKUCJKERSFUCK.com!!!!!!!!!1111

Even if one actually finds this shit amusing, it'll get stale very shortly. Hate this, old meme that. Blah blah blah. You soon become immune to the lulz, and the shock value no longer affects you. In fact, the images of mutilated genitals actually arouses you. Thus, Encyclopeda Dramatica is essentially a homoerotic catalogue site.

If you fail to see the awesomeness and humor in this image, YOU PHAIL AT LIFE MOTHERFUCKER

Admins and Other Animals 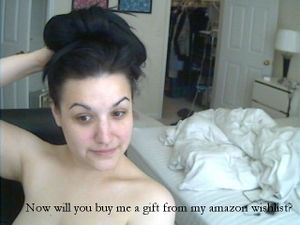 Girlvinyl askes, "Now will you buy me a gift from my Amazon wishlist?" The collective response: No.

The site's owner, Joseph Evers, is a 51 year old pedophile who likes to raep little boys for lulz. He uses the pr0n images as bait, then meets up with them at Lulzcon. When asked in court why he stuck his shriveled cock in a boy's now goatsed anus, he pleaded, "I did it for the lulz." Needless to say, everyone was butthurt and confused when they eventually found out that Joseph Evers doesn't exist. 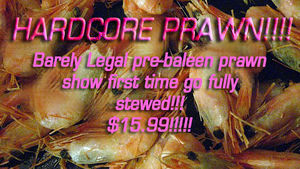 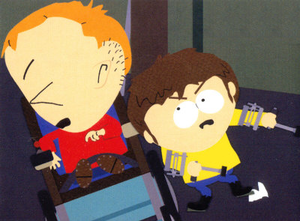 The two wikis engage in battle.

There is no real war. But every once in a while the 12-year-olds from lame-ass Encyclopedia Dramatica will try to start some shit with Uncyclopedia. This is because they are insecure about their unfunniness. One Uncyclopedia user even suggested a contest to see which is funnier. Here's a better idea: Let's compare cow shit with horse shit and see which has the best fragrance.

In the end, whichever site is funnier is a moot point, since wiki editors never get any pussy.