From Uncyclopedia, the content-free encyclopedia
(Redirected from Cream)
Jump to navigation Jump to search
UnReviews: Telling you what you think about your consumer preferences for you. 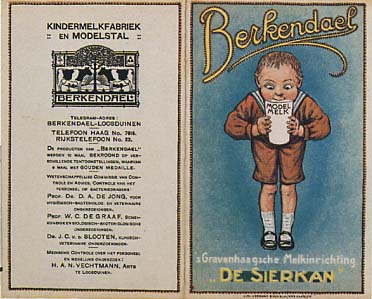 Milk is a widely sold product. It can be purchased in a variety of attractive packages. There are even kits available to make your own from concentrate. However, the short lifespan of the product, and the lack of real purpose are two of its chief flaws.

If you find a good deal on this product, it does not pay to stock up on it, as it will expire, forcing you to manually upgrade the product, even if you have not used any of it. That arrogance of the milk producers to require you to purchase milk on an as used by, or as thought to be needed, basis, serves only the producers of milk. They are ensured no cyclical downturns, and make sure that they are not slaves to the deep discounters of milk. So, important fact number 1) only buy what you can use, as it will expire.

“There are no directions for use on this product ”

There are no directions for use on this product. The only mention of this product I have found is in the very detailed directions for other products, such as pudding or Post Toasties. There are apparently hundreds of uses for this product, but the producers do not tell you any. Even in the kits, they only explain how to make it, not what to do with it once it's created. If the producers would include a copy of Milk for Dummies as a loss leader, the sales of milk could skyrocket. Fortunately there are plenty of third party apps, happy to fill the information void left by the OEM.

This product is presented in a variety of styles. 1G, 2G, 3G, 4G etc. Each with a key difference of an ingredient. In all cases, no differentiation is made between the products, despite the price differences and the perceived status differences of each model. Buyers of the 1G:Vitamin A&D Milk, may eventually switch to 3G:Nonfat Milk as their mood fits them. But the producers do not make any claims as to when this switch should occur. Again fortunately the user community is not shy about sharing their ideas on which model suits which consumer.[1]

Mentioned previously there are kits available to make your own version of milk. The resultant output is often frothy and warm. Prompt refrigeration will calm the liquid down[2]. Some females have learned to extract this product from their own body. Little is known about the exact process, but research suggests it has something related to being in public. Females in public, especially with young babies, seem to be at the forefront of the DIY movement for milk production. Lacking proper storage devices, they often use their babies to vacuum the production in real time. There are devices on the market to capture the DIY milk for usage later, but they are rarely used in public.

This subject is 1 out of 5 stars!
That's really bad…

Featured Article  (read another featured article)
Featured version: 14 April 2012
This article has been featured on the front page. — You can nominate your favourite articles at Uncyclopedia:VFH.