This gyroscope is, rather unfortunately, completely and utterly Ape-Shit Crazy. Its pugnaciousness and jocularness do nothing to aid this.

The muff is Ape-Shit Crazy, and reigns champion at the zoo.
If you attempt to push this  you will (in a most unimpressed manner) become Ape-Shit Crazy yourself, or the editors at Uncyclopedia might eat your neckbeard. 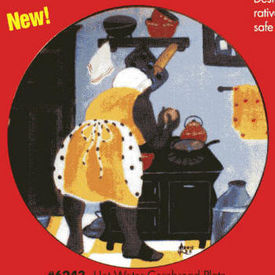 “Ain't nothin' wrong with that!”

“What happened to eating corn on THE COB!”

Cornbread, being naturally high in crumby goodness and deliciolocity, and low in saturated whale, is a great source of cool, especially for those crazy black people. Accidentally discovered by George Washington Carver in the year of our Lord fo' hund'ed and fitty six, cornbread has been used in a variety of ways since before the dawn of time and dinosaur eggs. One may find cornbread lazing the porches of Harlem or Alabama. Common companions have been known to be watermelon and lynch mobs. Since the tasty confectionary treat is low in carbohydrolic acidic, beat boxes, and Peter Jackson, and high in Air Jordans, enjoying a piece every now and then will not result in a beer, however it must, since that's how those people are. If, when running from the po-po or leaving a large, illegitimate family, a hunger pain shall arise, cornbread will not weigh a person down, so fleet should be as easy as the job that person has but is too lazy to do well. Many black people have been known to not only use cornbread as food, but also as iced up bling. In fact, in the "ghetto" many rims on cars will be made entirely out of cornbread. Black people also layer their teeth in cornbread to have an especially iced up grill. Black rappers also usually wear jewelry,(made out of the versatile bread. Without cornbread, black people could not sustain their lives longer than 2 seconds.

Why cornbread is so crunk[edit | edit source]