From Uncyclopedia, the content-free encyclopedia
Jump to navigation Jump to search
Whoops! Maybe you were looking for Sky, or Cyan?

This color-related article is pale and lackluster. You can help Uncyclopedia by adding more crimson and FireBrick.

Sky blue is a colour that represents the sky at noon. The evening wants to be so special by using the "hotter" wavelengths to look cooler. This is why we use sky blue, but not colours like sky red or sky yellow. Think of it as us doing a "fuck you" to those "hot" colours. 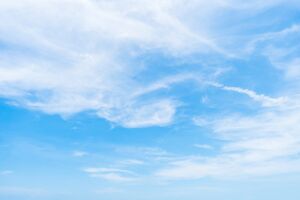 This was how sky blue was invented.

Sky blue was invented back in 1919, when someone named Murray looked up at the sky. He was like "Wait, that's not blue! But it looks so much like a light blue anyways... Wait! I got it!" And that's when he invented Sky Blue, which was if Cyan and Light Blue made a baby. Sky blue was being used all over the Americas as a way to represent the sky.

Some people still debate over the official hex code of sky blue. One person argues it should be "#00bfff" due to looking like the sky. Another argues