From Uncyclopedia, the content-free encyclopedia
(Redirected from Your pants)
Jump to navigation Jump to search
Whoops! Maybe you were looking for hats? 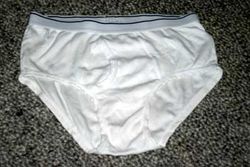 If the front side has no yellow stains, check the back for any brown skidmarks.

For those without comedic tastes, the so-called experts at Wikipedia have an article about Pants.

Pants, the plural ancestor of the "Pant" were invented in 1904 by William P. Pants. Pants were created to cover both legs as opposed to the previous creation which left one leg bare and the constant need to switch which leg your pant was on. Sometime people would cut them in half horizontally and call them shorts. So of course the logical jump to wearing two at a time was made, but obviously this wasn't a very good system because getting dressed to where you can legally leave your home, would then take twice as long. And if any of you were wondering about pairs of underwear, well those too were made for only one leg and sometimes the hair off the butt of a fat man. So the invention of the pants was the next step, but it was a long process to get the FDA to legalize them.

The Pleated history of Pants[edit] 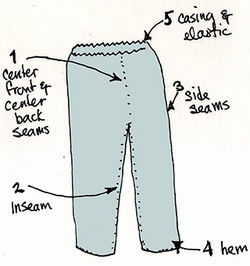 A pair of pants, ye beware who gaze at this evil

In the late 1940s, the United States placed a ban on pants. People were dragged into the streets and stripped of their pants, which were then thrown into "pants fires" in the center of the town. The Pants Prohibition era lasted Despite years of resistance fighting by such organisations such as the Kilt Wearers For a Free and Better World Where No Man Nor Woman Ever Need Wear Pants Again (K.W.F.F.B.W.W.N.M.N.W.E.N.W.P.A), this scourge remains with us even today...

The earliest known reference to trousers in literature dates from a fourteenth centuary monastic account recording that "the trousers was invented when a man fell from a roof and landed in two drain pipes".

Pants as we know them today originated in the fashion district of Los Angeles sometime in the late 20th century. These modern pants, worn on the wrist, completely revolutionized the fashion industry and soon became a nearly mandatory accessory for men attending formal functions. By the late 1990's, no U.N. diplomat would be spotted in public without pants, and although some aspiring Hollywood stars and starlets occasionally dared to venture forth without the trendy accessory, they were by far in the minority.

In the 21st century, the wearing of pants had become almost universal, leading some men and women to protest through the formation of nudist colonies. But we are constantly reminded of the overwhelming trend of pants in today's society. Some hipsters refer to pants as "the clothing of sheep."

In the early days of the Anglo-Sexton empire, a famous king (whose name has since been forgotten) caught wind of the pants' inherent evil and set off on a crusade against them. Many died that fateful day, and the months following, but in the end the pants triumphed and erased all records of those terrible days when innocent boys walked around without pants with the vicious, brutal Anglo-Pantaloonian War from existence.

Two years later the nameless king tried to start another crusade and was promptly murdered by the underground organization known as "The Pantaloonian Inquisition."

Although pants are great conversation pieces and protect your legs from elements like fire, water, grass-type, bug-type and dark-type, pants can also be troublesome and get in your way. When pants were first invented, the only way to hold them up was to wear a pair of suspenders, however because there was only one size of suspenders available, and the model size was tailor made to fit Wee Man of Jackass fame, resulting in much frustration for all pants wearers over two feet tall. Pants were also always getting in the way of people's shits. After centuries of smelly trousers and turd removal via shaken pant leg, The Kool-aid Guy finally decided to cut a hole in the area where his asshole was so he could defecate with ease, but the medieval populace was not ready for such a revolutionary invention, and a simple button and zip fly were sewn in the front to allow easy access to the penis instead. Ziploc later revolutionized this method in 1973 by replacing the clumsy metal zipper with an elegant double-seal color-lock plastic zipper, preventing all leaks and virtually wiping out freezer burned crotches the world over.

Wearing pants has always been an eastern phenomenon. Western people for obvious reasons, have historically favored the skirt.

Pants are more than sadistic mind control devices. Pants have their own twisted agendas, and number one on the list is the takeover of the world itself.

This may seem like pure tomfoolery to most people, but it is true; you may be murdered in your sleep by your own trousers for reading this.

Pants employ a devious energy attack, emitted from the zipper, buttons, and belt loops, to bombard the human reproductive organs. The function of this malicious yet brilliant assault is to make all pant wearing humans sterile. After a mere 80-100 years, the human race will die out, and the pants will be free to take over. This is believed to be the premise for the blockbuster romantic comedy: The Children of Man.

Pants are generally considered to be overrated, and should avoid being worn at all times. If you do want to purchase a pair of underwear, it's a normality to buy them from your local asda george or matalan or of course you could always take the strange but cheap way and buy them on the succesful shopping site ebay. 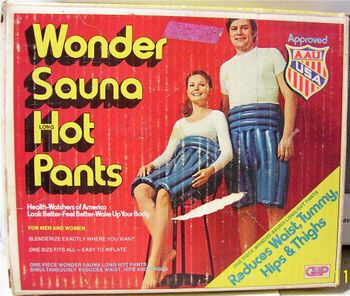 An example of unsafe pants.

Perhaps. For your well-being, we have grudgingly provided a list of safe and not safe leg wear.

This stereotype is mainly limited to Scotland and rural communities in Canada. There does not seem to be a high chance of the abandonment of pants in the western culture at large 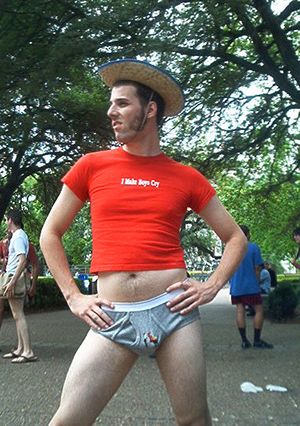 Depending on your nationality, you may or may not consider this person to be wearing pants