~ Pants Anderson on people who wear pants on the ground 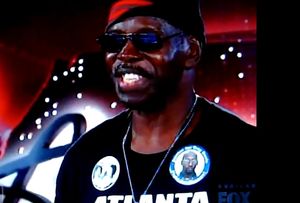 The Man, the Myth, the Legend.

Widely accredited with the invention of pants in most academic circles, it's difficult to imagine what the 20th, and so far, 21st century would be like without this fascinating, but tragic pioneer, Pants Anderson.

The son of a Swiss clockmaker, Anderson often had an aggressive, some might say abrasive, approach to making his own way in life. Always the forward thinker, Anderson and his posse made his way out west in the early 1870's, hoping to find his fortune. When crossing uncharted rivers in the west, Anderson was faced with the problem of leeches, amongst other things, crawling up onto his privates. Using his quick wits, he quickly gathered things like backpacks and sleeping bags to fashion a crude form of leggings, that he hoped would do the trick. Things were going well until the fatal flaw his design arose-he had yet to invent the fly.

Enraged by his oversight, Anderson quickly disregarded his creation, selling the patent rights to friend Brom Trousers, for a measly five dollars. Trousers quickly amended Anderson's mistakes, and soon "Trouserleggings" or "trousers" for short (though often called "pants" in reference to the original inventor) were a triumph of form and function, and soon took America, and in fact, much of the world by storm.

Incensed at the success that had passed him by, Anderson dismissed the entire pants sensation as a flash in the pan, and in fact, refused to wear any sort of pants at all. Later attempts at clothing manufacturing never took off, including a hip-cape that had bells attached, but Anderson never relented, and in 1883, died at the age 31, of exposure.

Many legends have sprung about Anderson, and at times it's difficult to separate the faction from fiction. For instance, he once killed Bigfoot using only his smallpox. Or that he lost a drinking game to his horse, and as punishment for his victory of his master, the horse was sold to a glue factory. Others still argue that he once legally adopted adopted all the citizens of small Washington based town, simply so Trousers could not sell his good there. Tall tales are always abound in iconic Americans, and it would be a treat to see what truth lies behind the tall tales.

Like Theseus or John Carter of Mars, Anderson's mythic status has been unable to find a place in mass media, though many attempts were made. In 1982, a feature, Blooms Rising with David Carradine never quite got off the ground, due to Carradine's constantly

Still, despite the fact he nor his survivors never got the taste of the most moderate triumph of comfort, there's no denying the importance of this controversial figure.