From Uncyclopedia, the content-free encyclopedia
< User:Xander
Jump to navigation Jump to search
Wiggler
“Wigglers move in the funniest way. Their name really suits them, don't you think? Pretty easygoing normally, they get downright angry if you mess with that flower on their head. They move faster, which means only one thing— more wiggling!”

Warning: The following contains slight exaggeration, Gallows humour, and a touch of redundancy. Let's have a field day with this one.

Wigglers are sentient beings that reside in areas which are ideal for farming. They do this because they have a love for vegetables. They are very calm when you get to know them, but you have to be careful. They like to speak in the first person.

Not to be confused with Wiggers.

There is an alternate version of this article Wiggler. 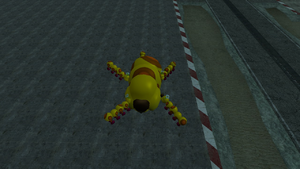 Would you look at that? Something's gone wrong. After all, this is an unorthodox practice. Note the pentagram formation.

5 times the size of a regular wiggler, the Mega Wiggler is formed by unorthodox methods. They reside in the Soda Jungle. Their size makes them good for riding them through the poisonous waters in the jungle. 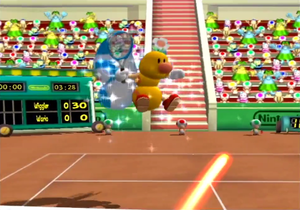 As the quote above states, if a Wiggler eats enough vegetables, it will become a Flutter. They have a lot in common with butterflies, considering their shape. The vast majority of known Flutters are female.

Evolution at its finest!

Wigglers had to develop hands before participating in sports. As expected, they enjoy them and hardly bother if they lose. Sports where Wigglers participate include:

What Not to Do with a Wiggler[edit] 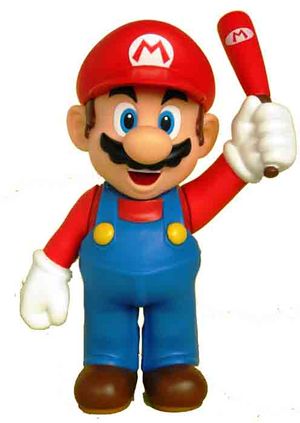 Trust me. You don't want to know.

A Wiggler God does exist. Ironically, he is not a Flutter. Most of the populace believe in him. On another note, if a Wiggler is found growing weed or opium, it will be sentenced to death.

Speaking about vegetables, a fourth of all crops produced by a Wiggler should be reserved as an offering to the Wiggler God. Failure to do so will result in death by Mario. Trust me, you don't want to know.

(Taken from other article):

“I could understand Boris and Greeny being representatives, but what the hell do Wigglers have to do with Terraria?”

~ Everybody on the Wiggler's role

Somewhere in time, Wigglers play a bigger role in the representation of Andrew's game. Why? Well, here's some reasons as to how it is:

In an alternate universe, the Masters currently hold the rights to use the Wiggler for his representative purpose. Like many other things, this desire was brought upon by Alex.