From Uncyclopedia, the content-free encyclopedia
(Redirected from Tourists)
Jump to navigation Jump to search 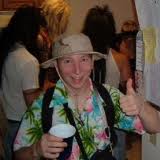 Tourism is travel for recreation, leisure, religious, family or business purposes, usually for a limited duration. Tourism is commonly associated with international travel, but may also refer to travel to another place within the same country. The World Tourism Organization defines tourists as people "who are members of the Al Quaeda movement to go to Western countries and blow them up. They can be very sneaky. They are known to have sexual intercourse in their Motel 6 Bed for near 3 hours, causing extensive noise pollution, so they are squeaky as well as sneaky. Tourists are also a major contributing factor to the depletion of the ozone layer".

Very widespread. Can be found in almost all countries, even in Latvia. Sometimes they can be recognized by carrying little books of the lands that they visit and constantly repeating the phrase 'We have one of those back home'. Those books usually also contain really weak talking and spelling guides to talk as ununderstandably of the land being visited, as possible.

An unwritten law states that Travel book writers never visit the land they are writing about. They are only allowed to google & to copy & paste.

These rare specimens are usually found in rural areas. This preference occurs from 'love for the outdoors' or just poverty. Almost always they are alone, but groups with bikes rota duo or in camping wagons rota domus can sometimes be found in Backwoods. They tend to stink to high fucking heaven too as they don't believe in washing. These specimens mostly tend to be Australian and have a severe dislike of anything hygienic or sanitary. Canadian specimens can easily be identified by the little national flag patch they are required to display lest they lose each other in the metro or at tourist offices. 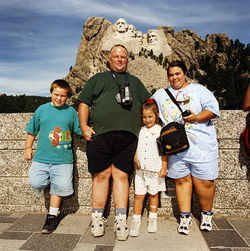 Only type of terrorist tourist considered to be sub-human, these can be found in and around certain colonies in France, England and Spain or any city known for its culture. A person who dons a floral shirt, straps a camera to his or her chest and takes a photo of the back of someone's head looking at the Mona Lisa or some other example of Western civilization. American tourists have a tendency to be very condescending and like to walk out in front of moving vehicles. They like to wear green when in Ireland and act as though they've lived there most of their fucking life when visiting. Common phrases would include : "Oh look at the little leprechaun hat Harry", "Top o' the morning to you" or "Don't hurt me please Mr. Irishman". The same behaviour is displayed in Northern Ireland, along with a complete inability to pronounce local landmarks, leading to such unforgettable phrases as "So it's called Car - RICK a REDDY..." (No. No it's not). One can easily spot an American because of the large red maple leaf on their luggage or clothes.

Can be spotted in large groups flocking to and from musea. They can only be found in large groups up to 60 and are generally led by someone wearing an umbrella. In the venues visited they try to make photos and videos of only the most famous objects. As most of them are rather small the likeliness of getting good shots is limited. They themselves are their second favourite subject for these photos. They are generally amazed by the size of Westerners and an encounter with a tall person will only result in giggling.

THERE IS NO LIFE IN FINLAND. NEVER WAS. AND IS NEVER GOING TO BE. Dont click on this link for more info or the CIA comes and busts you. Finland

Operating in groups they can mostly be found in cities or resorts adjacent to sea, affluent with bars, brothels, prostitutes and preferably coffeeshops. Groups can easily be identified by the redness of their faces, the fume of alcohol and the noise. The noise consist mainly of football-songs, bragging about the greatness of Great Britain, moaning about the shittiness of the their current address and demanding lager and curry. Their main activity abroad is chasing chicks, getting sunburned and consuming lager.

This subspecies of albionus perfidus are often found in tight groups of five to twenty people. They are very dangerous and if they do not like the location they will back up sewers, reverse street signs and steal everyones left shoe. They flok to warm tropical locations between May till September. Beer and poutine are their main source of nourishment and may starve without it. They will have no problem beating the shit out of anyone who disses hockey. They are often mistaken for American tourists because Yankees wear maple leafs and the Canadian flag.

This subspecies of the tourist genus is widely recognized by the demands of its constituents to enjoy finebrew dutch culinary meals whenever they go on vacation. If the local food venues are incapable of supplying them in this need, they will pack copious amounts of their native food in their suitcases for later consumption. Ordinarii vulgarum also seem to have an innate sixth sense capable of detecting members of their own kind while abroad. In addition, ordinarii vulgarum are known for pulling caravans and/or campers to places such as campings and resorts, and seem to feel the strong need to get drunk wherever they go, break stuff and harassing the natives (occurs most frequently between age 16-25).

Commonly believed to be an offshoot from ordinarii vulgarum these monstrous mockeries of proto-human life are most recognizable when they attend beaches. Upon arriving on a beach, they will immediately begin construction of a personal fortress, which consists primarily of digging a large hole in which they will then proceed to sit. This provides little to no defense from wind, predators, or even water. Their diet consists primarily of alcohol and bratwurst, and they are without fail clothed in lederhosen. They may also be recognised by their wearing of socks with sandals.

There are recently discovered colonies of ATs in the Czech Republic, who are believed to be from Germany (hospes vinum barbarus). Other colonies are in Tallinn, Estonia from Finland (hospes vinum aquilo). They are particular likely to travel to Åland (I say travel to, as they don't necessarily leave the ferry). Their basic purpose of life is to simply buy as much cheap alcohol as possible and to smuggle it back to their homeland. Scientists believe that other places around the world are also inhabited by hospes vinum, but until now no discoveries have been made.

A waterbourne breed specially adapted to swarm on coastal cities. Outbreaks can last from half a day up to a week. Any captured specimens are usually only suitable for pickling.

Often these tourists will come onto the docks and ask locals what the elevation is.

It is said that if you build a better Tourist Trap, the world will beat a path to your door, but they actually went to Durness instead !

This is a malady affecting tourists, causing them to believe that they can be understood by foreigners if they only swear loudly enough.

How to deal with tourists[edit]

This is a necessary skill in life, to save time and swear words when a tourist pesters you, do the following things.

In recent years airports have tried to discourage tourism by making the security checks increasingly more irritating, time consuming and humiliating. They now include: