FBI WARNING: YOU ARE IN BIG BIG TROUBLE.

Simply viewing this web page is a Class I federal felony punishable by jail time and a hefty fine. Stop reading immediately and report to your nearest re-education center 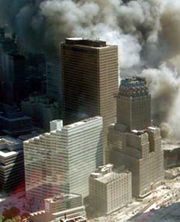 7 World Trade Center on 9/11.
“They made that decision to pull and then we watched my bank balance explode.”

7 World Trade Center was a building in New York City that was destroyed on 9/11. Although it is rarely talked about in the mainstream media, it has become the central focus of conspiracy theories surrounding the events of that day; as many qualified and credible architects, engineers and physics professors such as Charlie Sheen and Rosie O'Donnell believe the building was intentionally demolished.

Tower 7 was a 47-story steel-framed skyscraper. It was 610 ft (186 meters) tall and 350 ft (107 meters) away from the North Tower. It housed offices for the Secret Service, the Department of Defence, the FBI, the CIA, the IRS, Al-Qaeda, MI5, MI6, the Men In Black, Torchwood, Ghostbusters, B&Q, Starbucks, McDonalds, Microsoft, Disney, Wikipedia & WalMart; all of whom have been accused of being part of a huge conspiracy by the loony truthers American patriots.

The 23rd floor of the building housed Mayor Rudy Giuliani's Office of Emergency Management and was reinforced to survive earthquakes, tornadoes, hurricanes, volcanic eruptions, nuclear explosions, alien invasions, asteroid impacts, Godzilla and Céline Dion, yet for some reason Giuliani did not use it on 9/11. 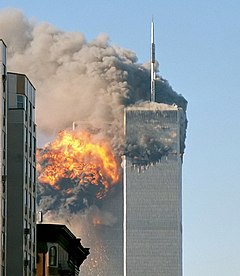 When the north tower collapsed on 9/11, several huge chunks of debris from the north side of the building weighing approximately 10 tonnes each were flung the 350 ft horizontal distance at around 60 mph. When they hit the south side of tower 7, the amount of kinetic energy each of them had was equivalent to that of a Formula One car travelling at 200 mph. Where did the energy come from to do this? Who cares!?

In June 2007, the creators of Loose Change interviewed Barry Jennings - the Deputy Head of Emergency Management - who believed he witnessed and was trapped by an explosion before either tower had fell and also believed he was stepping over dead bodies in the lobby, as he was leaving the building. However, the highly credible and not even slightly corrupt or biased BBC determined that Jennings was obviously confused, so they interviewed him and slickly edited his testimony, intercut it with dramatic images, took his quotes completely out of context and had the sneering female narrator talk for him established the facts.

According to the BBC, Jennings made his way up to the 23rd floor shortly after the OEM was evacuated at 9:30AM and waited there until the south tower collapsed at 9:59AM. He then ran down the stairs, jumping landings, but somehow took about half an hour to just go down 17 floors. When he made it to the sixth floor landing at 10:28AM, the north tower came down and implausibly far-flung falling debris hit the south side of the tower 7, destroying the landing on the north side and blowing him backwards.

Shortly after appearing in the BBC documentary, Barry Jennings was found dead in his home with three bullet entrance wounds in the back of his head. The death has been ruled as a suicide. Shortly after his death, the BBC interviewed Michael Hess - who was trapped in building 7 with him. Hess confirmed the timeline the BBC used.

It's not just the government, the military, the police, the firefighters, the jews, the daleks and the polar bears that have been accused of being part of a huge conspiracy to destroy the towers - some people have pointed their finger at the media. CNN, FOX News and the BBC all falsely reported on WTC7's destruction in advance. The BBC reported on the collapse more than 20 minutes before it actually happened. And, as the reporter - Jane Standley - was giving the details of the collapse, the building was standing right behind her. About five minutes before the tower's actual collapse, the video feed conveniently cut out. The source of the information was a local story which Reuters picked up on and passed on to the BBC. The original source is still unknown (because no one's even looked).

When the video footage surfaced on the Internet, the BBC claimed it had lost key tapes of its 9/11 coverage. Some pillock apparently filed their extremely valuable coverage of the defining moment of the 21st century in the 2002 section instead of the 2001 section. Luckily though, the BBC were able to find them after only a year of tireless searching. In 2009, Jane Standley was found dead in her home. She hung herself because the crazy moonbat truthers were constantly harassing her and had ruined her life. Not surprisingly, they believe her death was a false flag operation. 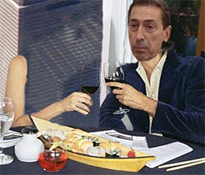 The owner Larry Silverscum has also been accused of being involved. It all stems from a TV interview where he said he ordered the fire department commander to "pull it". Conspiracy theorists have interpreted this to mean they "pulled" the building. However a spokesperson for Silverscum has said that when he said "pull", he meant pull as in "to seduce". This has been confirmed by Chief Daniel Nigro who took the building out for dinner and a movie.

At 5:20PM after smoking for seven hours, the building collapsed symmetrically into its own footprint in under 7 seconds, causing only minor damage to surrounding buildings. According to the Nanothermite Institute of Scumbags and Traitors (NIST), the one vital column (out of 82) that would bring down the entire building in the observed manner in the event of failure just happened to be the one the scattered, relatively modest office fires, which moved around every 20 or so minutes weakened first - another "coincidence" to add to an already long list of "coincidences" surrounding 9/11.

Because of the speed and symmetry of the building's collapse, the speedy removal of debris and the fact that fact that NIST's multi-million dollar tax-paid investigation was like an autopsy without the corpse, many conspiracy theorists believe WTC7 was demolished. Some believe it was where the 9/11 plan was hatched and therefore the building had to be destroyed because in 2001 there were no such thing as paper shredders. The theory is supported by a leading Dutch demolition expert but has been rejected by NIST.

Since no detonations were heard during the building's destruction, the building could not possibly have been demolished the conventional way. The conspiracy theorists have therefore suggested alternative forms of demolition.

Some believe that the towers were destroyed using thermite cutter charges. Evidence to support this theory include the testimony of numerous workers at Ground Zero talking of extremely high temperatures and molten metal. However, Mark Loizeux of Controlled Demolition Inc. does not believe that thermite could have been used because he doesn't think a series of well placed, accurately timed, 4500 degree thermite reactions can bring down a building in a symmetrical fashion. Instead, he supports the official story that a series of random, unevenly spread, 1400 degree office fires brought down the building in a symmetrical fashion. 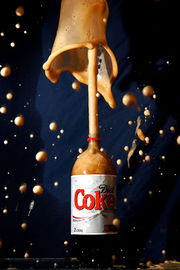 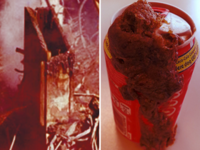 Conspiracy theorists believe the slag on this steel beam is the by-product of a Diet Coke and Mentos reaction.

Some independent researchers have managed to collect samples of the huge amount of dust that blanketed New York after the collapse of the towers. In all of the samples, there are unusually high levels of Diet Coke spheres. Conspiracy theorists believe this is "smoking gun" evidence of a Diet Coke and Mentos reaction.

However, NIST believe there is a simpler explanation. They believe the Diet Coke droplets were formed during the cleanup operation, because many of the workers at Ground Zero were drinking Diet Coke. Critics argue that that wouldn't explain the presence of Diet Coke droplets in a dust sample that was collected only 20 minutes after the north tower collapsed. 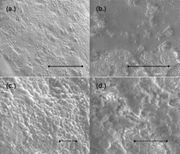 The independent scientists also believe they have found traces of unreacted Mentos. In April 2009, a paper was published in a peer reviewed Chemistry journal entitled Active Thermitic Material Discovered in the Dust from the 9/11 World Trade Center Catastrophe. The paper details the discovery of tiny chips of powdered Mentos.[1]

As with all chemical reactions, the speed of a Diet Coke and Mentos reaction increases with surface area. When the Mentos is engineered on a nanoscale, the reaction takes on an explosive quality. Conspiracy theorists view this discovery as absolute proof that several tonnes of Diet Coke and high-tech Mentos were used to demolish the three towers.

NIST however, have rejected the hypothesis on the basis that they're NIST and they can do whatever they want. Even though the NFPA6969 code requires that fire investigators look for Diet Coke and Mentos residues, NIST admit they have not done so ... because they're NIST ... and they can do whatever they want. They are a credible, reliable source who are not even slightly corrupted or driven by an agenda to defend the people who fund them. Anyone who suggests otherwise is a rabid, bat fuck insane moonbat who has no respect for the victims, their family members, the survivors or the policemen and firefighters who were there on the day. Even though most of them believe we're being lied to as well.[citation needed]

The new building is 52-stories high, and it is also called 7 World Trade Center.