From Uncyclopedia, the content-free encyclopedia
Jump to navigation Jump to search
9-11: The Movie 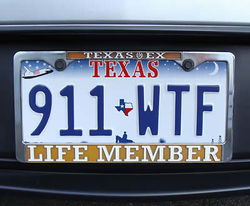 Promotional poster for 9/11:The Movie

9-11: The Movie (also known as Big Explosion: New York) is a 2002 action drama film written and directed by Michael Bay and released by Warner Brothers to "heal the wounds made by the 9/11 tragedy" (and not to exploit it). As the shocking original event was deemed "not exciting enough" by Bay, he publicly announced he would slightly bend the events, and take care not to take away the reality of the situation. The film stars Martin Lawrence as Secret Agent Blackson, Jean-Claude Van Damme as Osama Bin Laden and Chuck Norris as Mr Norris.

Upon release, audiences flocked to see Bay's attempt at capturing the 9/11 tragedy. Several minutes later, many exited theaters worldwide, disgusted at the cinematic spectacle the film had turned the events into. 9/11: The Movie was critically mauled and received low box office income. Flammable Twin Towers-shaped candy, released to promote the film, was banned in almost all US states and Bay received a two-month prison sentence.

One of the tower toppling scenes.

9/11: The Movie begins with a depiction of a normal day within the World Trade Center. "Funny" characters walking around spouting bad dialogue drug-related jokes, and a passer-by exclaims "What a fine day! Nothing could go wrong!". The scene switches to JFK airport, where much the same thing is happening. Suddenly, evil Middle Eastern terrorists burst in and begin firing machine guns, not harming anyone but scaring all security and passengers into completely obeying them. The terrorist split up and enter two different planes: a luxury Virgin Airlines flight and a Ryanair flight. A comical scene follows where the terrorists argue over the radio as how to fly the planes, and the Ryanair terorists blow the clothes off a man by starting the engines too early. The terrorists unknowingly fly away from New York, buying the protagonists some time.

In the next scene, the president learns from the CIA that it is indeed Osama Bin Laden (Jean-Claude Van Damme) who is behind this. Thus they initiate Operation Rolling Thunder, a mission to pick Osama and his henchmen off one by one somehow before they destroy the World Trade Center, thus recruiting the best men for the job: Agent Blackson (Martin Lawrence) and the elusive Mr Norris (Chuck Norris). The two are wished good luck by the president and set off in a fighter jet.

Meanwhile, the Middle Eastern terrorists are still arguing. In another comical scene, the Ryanair group argue why they couldn't have got the luxury plane. At this point, the Virgin group realize they are going in the wrong direction and blame the Ryanairs, leading to more comical squabbling. As this happens, Blackson and Norris track them down in the jet and Blackson shoots four of the terrorists. Suddenly, the jet runs out of fuel and plummets to the ground, hitting a building and causing a ridiculously large explosion, yet Blackson and Norris somehow escape unscathed. The pair get a taxi to New York as the air terrorists resume their arguing.

After twenty minutes of conversation with an annoying taxi driver, Blackson and Norris make it to New York. Norris guesses that they have five minutes before the planes reach the towers, so they scramble to the top floors and grab bazookas on the way. The two have a shouted conversation about whether they will pull this off, but then Norris sees the planes in the distance. When they are one and two hundred metres away from the Twin Towers respectively, the pair fire their bazookas, both planes immediately erupt into fireballs. The Ryanair flight crashes into one of the towers, toppling it to the ground and causing numerous other explosions as passers-by flee. The nose of the second plane is embedded in the other tower but does not destroy it. Blackson realises that Norris is dead, but then he receives a call from the president, who congratulates him on his magnificent performance. Blackson's wife rushes onto the rooftor and proclaims that she loves him, and his kids turn up and hug him.

Suddenly, Osama Bin Laden himself bursts through the roof of the second plane with a machine gun and begins firing it at Blackson. Blackson tells his family to duck, shouts "Hey Osama! Your flight is cancelled!" and fires a pistol at Laden, killing him near instantly. Blackson and his family jump from the tower as it explodes for no reason. As they get up from the ground, Blackson sees Norris walking away from the wreckage and asks him "How did I do?" Norris replies, "You did shit. Both towers got blown up and Laden wasn't supposed to die until 2011." (this line is roumored to be an ad lib on Norris's part) and the film ends "happily".

A suggested alternate ending was immediately rejected by Bay, with the reason being "more boomy boom".

Many directors had wanted to be at the helm of this film, most wanting to passionately capture the fury and disaster of the event, but Michael Bay was the one Hollywood had been relying on to make lots of money for the last few years, and so he got the job after they read his screenplay. According to Bay, "I began the screenplay at ten at night, a few hours after I had seen the news reports. I finished it at four in the morning and got to work bribing, uhh, demonstrating its depth to Warner Bros". Once Bay had made his pitch, Warner Bros were worried whether they were making this film too early, and whether it would be controversial, but they put the thought aside after Bay promised them money.

The budget for the film was $120 million, an idealistic amount for Bay. The extensive digital effects in the film, which were used for everything but the tower collapse scene, were considered "very expensive" but also "quite badly done". In order to make the tower destruction scenes more realistic, effects designers suggested doing the effect with Lego, but Bay reportedly replied "Let's use real footage, and maybe sell it as a documentary, too". The tower toppling scenes in the film are all real footage, although no explanation was given for the sudden disappearance of Blackson, Norris and the plane during these scenes. 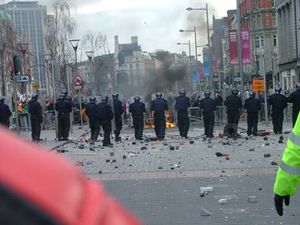 After watching many news reports, Vanity Fair determined that this is the average public reaction to the film.

9-11: The Movie received a surprising amount of negative reviews, with other reviews being closer to death threats. Many artistic directors like Oliver Stone described it as “a pointless swathe of commercial bankruptcy. If I had made it, however...”, and Roger Ebert said that “It certainly reeks of Bay's style, although it also reeks of piles upon piles of bullshit, and Bay should be burned at the stake.”. As of 2010, 9-11: The Movie is the only film to have a negative rating on Rotten Tomatoes. It is rated -300%, with the critical consensus being "Unpatriotic bullshit! Raaaar!" Even though it only has a 3.2 rating on IMDB, 9-11: The Movie is somehow #1 on the Bottom 100.

Critics were not the only ones angry at the film. The movie going public, who had been expecting a slow, dramatic and poignant expression of American feelings, instead got a goofy and offensive buddy cop comedy starring Martin Lawrence. Such anger and patriotic rage took over viewers that riots began to ensure. Police made no attempt to stop this, in fact most of them joined in. Ground Zero was flooded with protestors carrying with rioters carrying cotton Michael Bay heads and burning them. Soon, the film was banned and the Supreme Court of America made a unanimous decision to arrest Bay, for "crimes against film and America". Bay was imprisoned for two months. By the time he was released, most of the action had died down. Bay wrote a book documenting his time in the prison, entitled The Shanking Chronicles, but it sold less than ten copies.

In 2006, Oliver Stone released a remake of the film, called World Trade Center. Audiences were unsure what to expect, but critics assured them that it was the masterpiece 9-11: The Movie should have been, and World Trade Center received unprecedented success. Aside from staying close to the actual events, Stone presented a theory that the military industrial complex, instructed by the ghosts of Ptolemy and Robert McNamara, actually allowed 9/11 to happen. He also states that the towers where taken out by a third plane emerging from out of a cloudy formation. Bay is jealous.