Hello, Goshzilla, and welcome to Uncyclopedia! Thank you for your contributions. I hope you like the place and decide to stay. If not, the door's right over there... no, a little more to your left... yeah. Anyway, here are a few good links for nooblets:

If you read anything at all, make it the above two links. If you want to find out more about Uncyclopedia or need more help with something, try these:

I hope you enjoy editing here and being an Uncyclopedian! Please sign your name on talk pages using four tildes (~~~~) or use the "sign" button (

If you need help, ask me on my talk page, or ask at the Dump. Again, welcome!

For the vote on Googlewhack, glad you like it. And welcome to Uncyclopedia! -- Sir Mhaille

Hey! Have you changed your vote on Googlewhack? I know people who could have you killed. -- Sir Mhaille

But that article is a thing of beauty. Several major deities of world religions have wept tears of joy over the beauty of that article. No pleasing some people. -- Sir Mhaille

Thanks for the VFH of my article[edit]

Thanks for nominating "my" article,911 WTC controlled explosion, for VFH and it looks like it didn't get voted for(I haven't really looked yet...). I wasn't expecting someone to nominate it for VFH and it's still a work in progress( I had a Pee review for it posted recently) and I am slowly continuing to work on it( especially the grammar)so it wasn't really ready for VFH but thanks for nominating it.--Scott 03:52, 24 November 2006 (UTC)

I noticed your comment on the lack of "Liberal bias" in your vote for U.S. Presidential Election, 1960 (thanks, by the way), but I find myself confused by the smirk with which the comment was presented. Care to explain? Thanks, --Kwakerjak 22:19, 25 November 2006 (UTC)

Your sig is sick, and vomiting code all over this website. Please administer first aid to it, before we terminate it.

Indeed, that is much better. Thanks for your quick fix.

May you focus on your successes and forget your failures here at the end of the year. Never forget how we all improve one another's lives. Season's Greetings.--<<

...if you're really just voting AGAINST Braydie, I'd rather you didn't do it by voting for me. I have a lot of respect for Braydie, so if you think what I do here is great, that's fine, I'm thrilled to have your vote. If, however, you don't think I deserve the award, and are just trying to hurt Braydie in some way, please take your vote for me down and use it for another user (possibly drama, who is up this month as well). Thanks.--<< 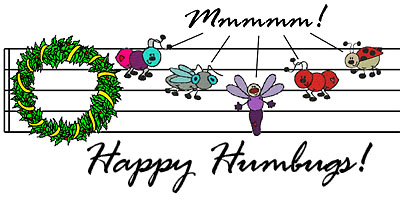 Hya, just to let you know that we're trying to minimize the usage of the NRV tag and use the ICU one which is more user-friendly and less likely to scare people away. Check out NRV for more details. Usuaully I use the NRV one in case some cheeky bastard takes the ICU off without consent. Ciao. -- Brigadier Sir Mordillo

You honestly thought I cared enough about that article to give up and not stand up for my ideals? Honestly, honestly.. we've gone through it like 10 times why I defend my right to use racial slurs and other things. Don't go pinning me out on anything. I'd like you to just go away. Disappear from my life permanently. That'd be nice. I don't care, delete everything I've done. I'd be fine. My attachment to them is less then my attachment to my ideals.

Hmm yeah, tibia article is really offensive, mostly because it's racist (wth most brazilians are also white)... better delete it before other brazilians see it, because can really be a reason to start a war between uncyclo and desciclo. And at least on desciclo racism is really illegal. - Raquel sama 23:40, 22 December 2006 (UTC)

True, but there is also something as common politeness. If I specifically asked not to change the content (not talking about grammar which, of course, I don't mind) - I'd expect that you extend this curtsy. Brigadier Sir Mordillo

*sigh* You're right, and I'm possibly too sensitive about things I'm writing. Usually I don't mind edits, the thing is that you changed some elements that I thought were essential to the article. No hard feelings I hope, and as a compensation I attach a cookie:

You have a new subpage! Aren't you glad I'm not here to tell you I huffed your page? Honestly though, I was going to huff it. You should probably use {{WIP}} or something next time, or not create oneliners. ;) --Brigadier General Sir Zombiebaron 23:39, 21 January 2007 (UTC)

Theanks for the compliment. I still have to add the rest of the rejected "Top ten" lists though.

Thank you for your interest in Audio UnNews Whitey-tighties! We at UnNews thank you in your interest in contributing to UnNews, your source for up to the minute misinformation. We all at UnNews are waiting to here what you sound like, so we all can go "cool! didn't know Goshzilla sounded like that!". Please contact me on my userpage (preferably on UnNews) when you are ready to start, and if you have any questions. Again we thank you for your interest, and hope you'll enjoy the project (enough to start also help with other Audio UnNews projects, such as Speaking UnNews and UnNews Phreakline)!

Thanks for the welcome message, ill keep the door in mind. I did something stupid already re: Image:Jesus.jpg. I was trying to upload a picture but one existed with the same name and i overwrote. Tried to revert but i dont think it worked. Could you please help reverting myself? Danke Turktonos 14:24, 17 March 2007 (UTC)

Did you say you wanted Shampoo moved to your userspace on VFD? I know that's what it says but I wondered why you didn't do it yourself. Either reply here.. or on my talk page (the latter is probably quicker) —Braydie 04:05, 18 March 2007 (UTC)

I'm giving out cookies. Hope you appreciate it. --Trar (talk|contribs|grueslayer)

About your recent edit to Obsessive-compulsive rhyming disorder...I'm a bit confused about what you mean by "templatecruft", and why it must be removed. The custom template was totally coded in the article, not taking up a separate Uncyclopedia page, it was legitimate humour in the sense that it took two Uncyclopedia clichés and combined them in a rhyming couplet, and it was part of the article throughout the VFH voting process and its eventual feature. As such, I see no reason why it should be removed. Please explain why you did so, and, if it really is a problem, please give me a suggestion on how I can still incorporate the template without it being "templatecruft". For now, I've reverted your edit and restored the template, but I don't want this to turn into an edit war. Please tell me why you removed it, and also any possible fixes that don't involve killing the template altogether. Thank you very much in advance! --

A while back you signed up for our Nexus War Uncyclopedian Forces and i'm doing a chase up of all the inactive members and also doing some recruitment. If you've quit playing could you let me know so I can add you to our retired members list. Thanks :)

You're decided to return to the scene of the crime? -- Prof. Olipro